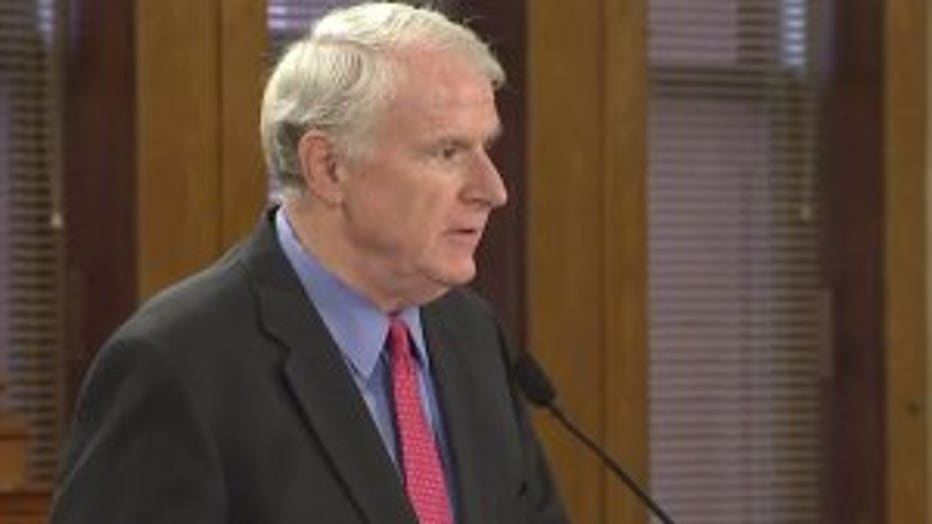 "In my time as mayor, no city budget has presented more challenges or more frustrations than this one," said Mayor Barrett. Barrett on Tuesday morning told the Milwaukee Common Council he is frustrated to present a budget with a number of items he knows will be unpopular. The mayor's proposed 2018 budget calls for 33 police officer positions to go unfilled. It does the same for 75 firefighter positions. Fire Chief Mark Rohlfing said later in the day those cuts would force MFD to close six of its fire stations. Barrett's budget proposal also increases property taxes 3.7%. Combining that increase with fees, it would cost the average homeowner another $48 next year. 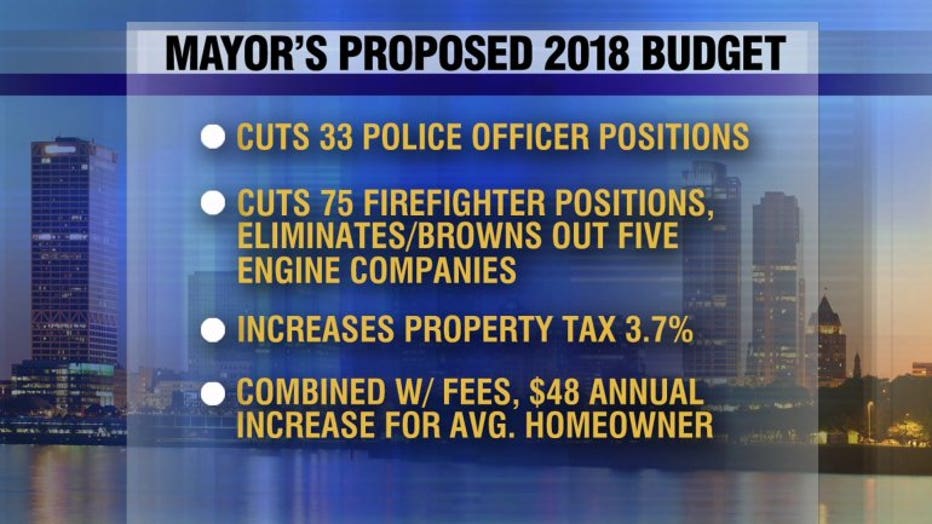 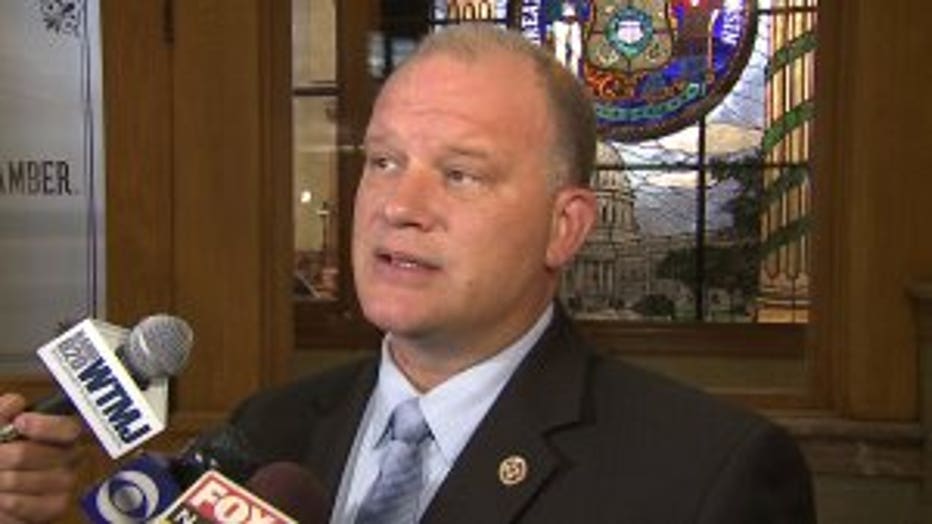 Mayor Barrett renewed his call for a half-cent city sales tax. The state would need to approve a referendum on the tax. Barrett pointed to a previous report from the Public Policy Forum that found Milwaukee is the only U.S. city of its size without some form of city tax besides property taxes. The mayor's office estimates it would generate about $35 million a year. Barrett said the public safety sales tax would allow the city to not only fill the 33 officer jobs but hire an additional 12 cops. He said it would also save two of the fire stations. "I gotta tell the citizens of Milwaukee -- two apparatus and 12 cops don't cost $37 million. So where's the rest of that money going, Mr. Mayor?" asked David Seager, president of the Milwaukee fire union. Leaders of both the police and fire unions say they will only back the sales tax if they get proof the numbers add up. 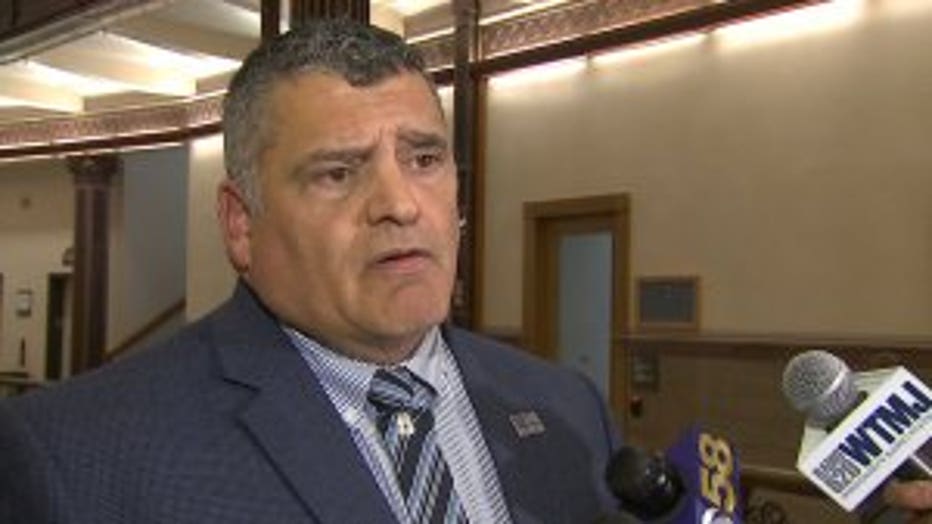 "They need to know exactly where those dollars would go and, at this point, none of us know that," said Mike Crivello, president of the Milwaukee police union. Seager said the fire department would be able to function after withstanding the proposed cuts but said both city residents and those in suburbs with shared service agreements would likely notice changes. "We will always get the job done, no question, but our response times are gonna be compromised," Seager said, "The level of service you have come to know and expect will certainly be compromised." Over the years, state aid has made up a shrinking portion of the city's revenue. According to the city's Office of Budget Management, 56.8% of the city's revenue came from shared state revenue in 1996. Under the 2018 budget, 35.3% of the revenue would come from state aid. Barrett said right now, the only other revenue source available is property taxes. "Milwaukee has handcuffs on it and is forced to rely, I think, too much on the property tax," Barrett said. Barrett said silver linings he sees in his budget is that no city employee would be laid off; each of the cuts would come through attrition. Barrett said he is also pleased the city will reduce its borrowing by $12.7 million while healthcare costs would decrease by $6.7 million. Also of note in the mayor's budget plan: