Milwaukee gunfire near 27th and Ruby on camera, neighbors 'shocked'

A hail of gunfire in a Milwaukee alley near 27th and Ruby early Saturday was captured by a neighbor's doorbell camera. The surveillance shows what police and many Milwaukeeans are up against.

MILWAUKEE - A hail of gunfire in a Milwaukee alley near 27th and Ruby early Wednesday, Sept. 21, was captured by a neighbor's doorbell camera. The surveillance shows what police and many Milwaukeeans are up against.

Despite repeated requests for information, Milwaukee police did not share details about this incident Saturday or Sunday, so FOX6 News turned to neighbors to find out what happened from their perspective.

Hayes said she had one instinct after hearing the gunfire while staying at her daughter's home Saturday night.

"When I heard the gunshots, I immediately dropped to the floor," said Hayes.

Little did she know what was happening in her daughter's back alley near 27th and Ruby. 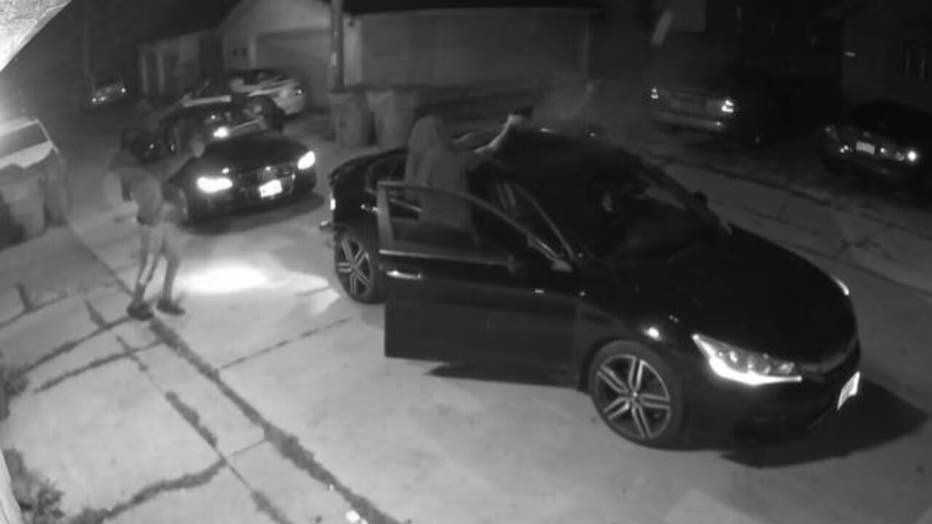 Hayes said that while her daughter's home was hit, the shooters were clearly targeting the house next door.

"I was just shocked for somebody to start shooting not knowing that there are kids in the house," said Hayes. "Somebody could have gotten killed"

FOX6 News went to the neighborhood and found a house and a blue car covered with bullet holes and police markings. Hayes' car was also hit. 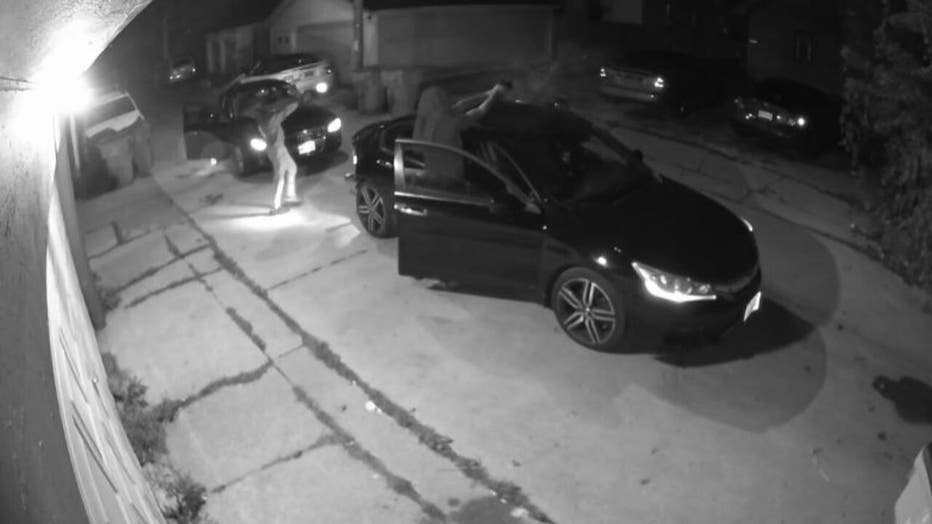 Hayes said she only heard the shots, so we showed her the video of what happened.

"That's just scary to have someone get out and start shooting like that," said Hayes. "They are endangering people's lives."

"I’m glad somebody did have a camera to see it," said Hayes. "I don’t know if the persons that did this was caught yet, but I’m praying they do." 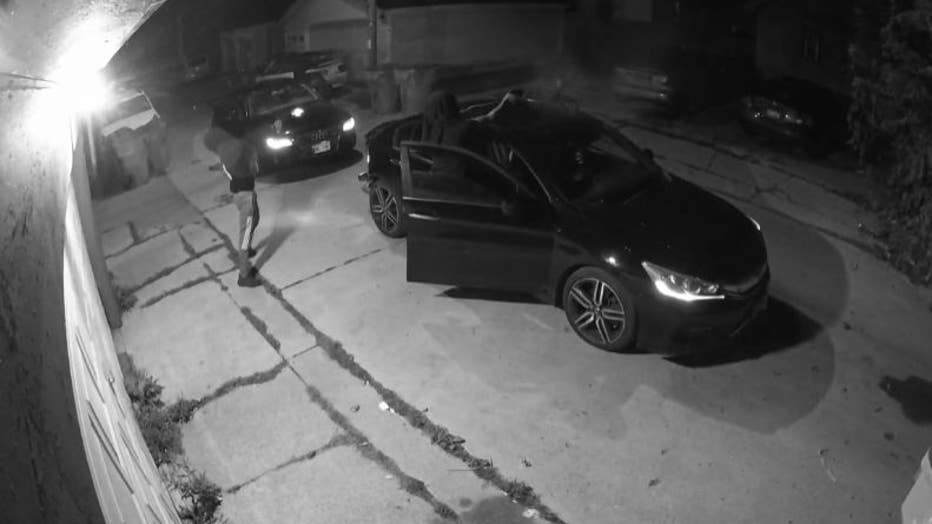 Hayes said it's a miracle no one was hit.

Milwaukee gunfire near 27th and Ruby on camera

A hail of gunfire ripped through a Milwaukee home near 27th and Ruby early Saturday, and a neighbor's doorbell camera captured the whole ordeal. Neighbors were stunned by the intense video, but they said they're thankful there's video evidence.

The obvious question is, "Why was that house targeted?" FOX6 went to that home Sunday and asked a woman standing on the porch that question. She went inside and closed the door.

Milwaukee police have nobody in custody. They ask anyone with any information on this incident to contact Milwaukee police at 414-935-7360 or to remain anonymous, contact Crime Stoppers at 414-224-TIPS or P3 Tips.