A gun battle and subsequent crash on a Milwaukee street was captured by a doorbell camera.

MILWAUKEE - A gun battle and subsequent crash on a Milwaukee street was captured by a doorbell camera.

The shooting on the city's northwest side Sunday evening, March 20, ended with a head-on crash between two vehicles.

Milwaukee police say seven people were arrested after the crash near 77th and Lisbon. One of those in custody is a 15-year-old boy.

It is unclear what led to the shooting. But according to the doorbell camera video, you can hear the gunshots being fired before two sedans smash head-on.

Several people ran from the vehicles – and then come back over the next several minutes. One person was trapped in the vehicle and needed to be pulled out by firefighters. 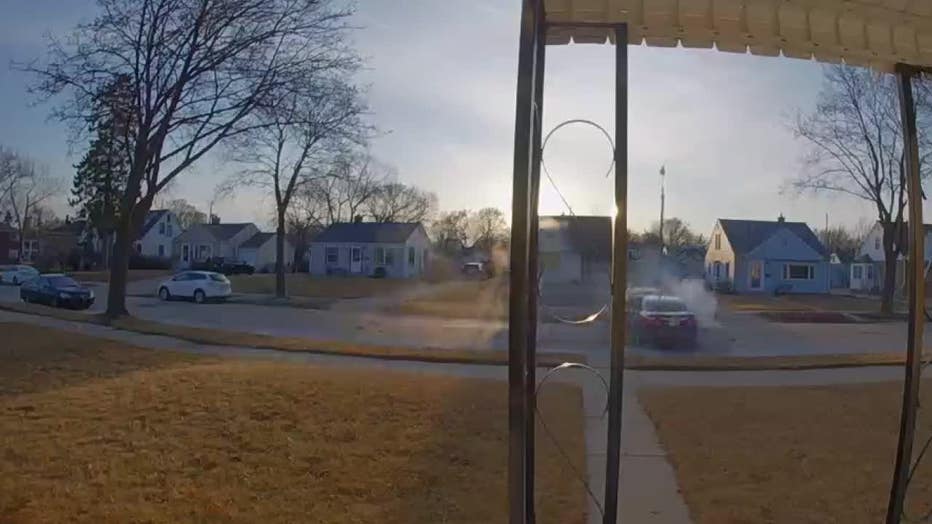 "Not only, ticked off. Right now, I'm still shaking from what happened last night. Because I felt like I was in an actual cop movie. I watch them, I don't want to be part of them," said Jeaninne Bauer, who was at home at the time of the shooting and crash. 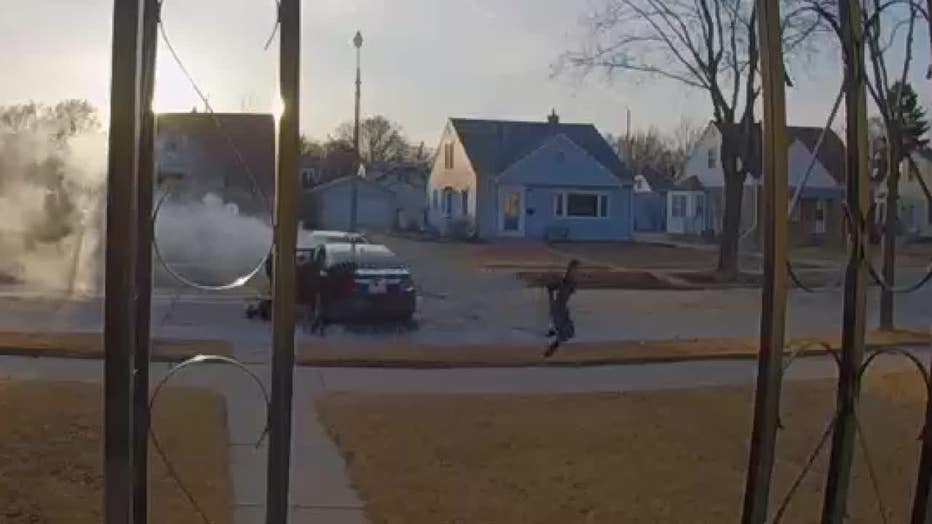 Bauer told FOX6 News something needs to be done.

"You think people are viewing this as a game?" asked Bauer rhetorically. "I think so. Because why would you do this? This is your life. If you don't care about anybody else's life, it's your life."

FOX6 News can say a 20-year-old man was arrested on a recommended charge of armed robbery. An 18-year-old woman was also booked on endangering safety by use of a dangerous weapon, as a party to a crime. Also arrested – three 18-year-old men, a 17-year-old boy, and a 15-year-old boy.

Police say charges will be referred to the Milwaukee County District Attorney's Office.

Milwaukee police are investigating after a body was recovered from the Menomonee River along W. Mt. Vernon Avenue on Monday morning, March 21.