Milwaukee firefighter almost didn`t make it to Thanksgiving: He wants you to be thankful every day

Milwaukee firefighter almost didn`t make it to Thanksgiving: He wants you to be thankful every day

MILWAUKEE -- Between eating, and football and napping on Thanksgiving, you might on Thursday, November 24th think about what you're really thankful for -- but will you say it out loud? Dan Lipski almost didn't make it to Thanksgiving -- and he's urging you to speak up not only on Turkey Day, but every day.

Lipski is a battalion chief with the Milwaukee Fire Department. No one knows better not to take any little thing for granted. He's a fourth-generation Milwaukee firefighter who learned that lesson the hard way on April 15th. 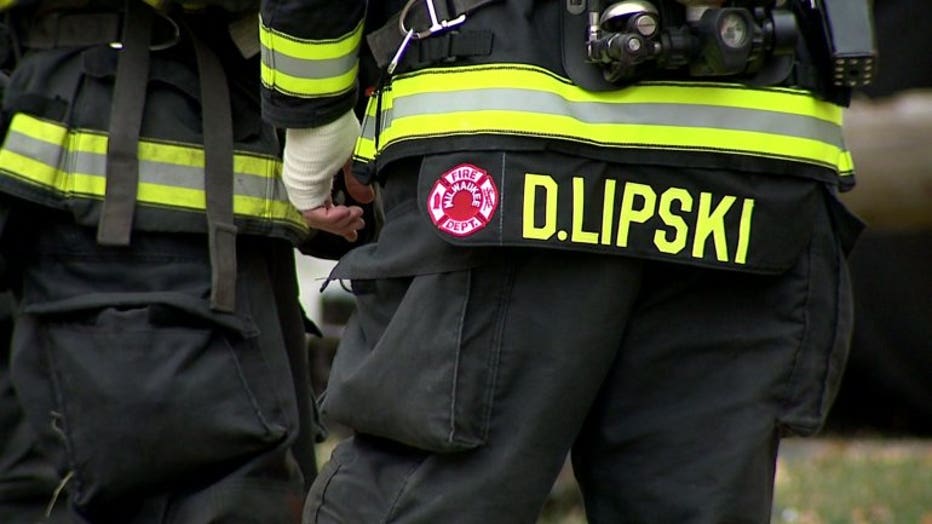 A pounding headache that sent him home from the fire house that day had nothing to do with taxes. After dinner that night, he struggled with the simple task of putting away leftovers from dinner. 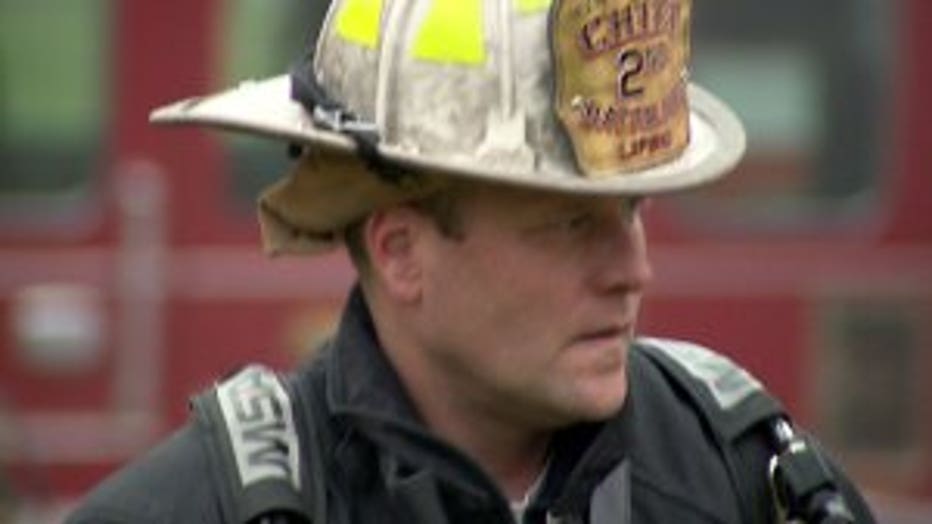 "A couple of seconds later, I knocked over a lamp and started to think something wasn't quite right and I called my brother," Lipski said.

Initially, doctors suspected a brain tumor and he was transferred to Aurora St. Luke's on Milwaukee's south side.

"They were abscesses -- small collections of bacteria that walled themselves off," Dr. Celix said.

The first step was antibiotics, which helped a little -- but the swelling in Lipski's brain was painful, and potentially lethal. 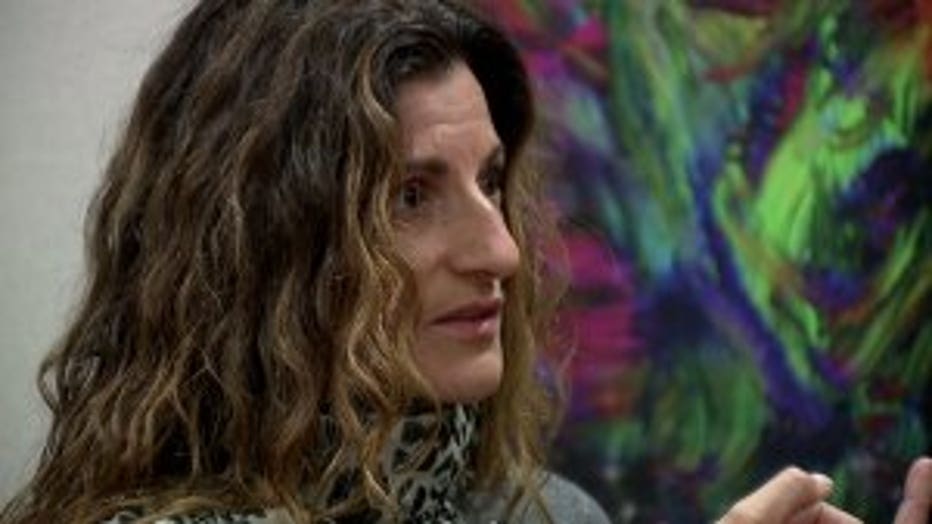 "He had a few in critical areas, so they were on the right side of the brain, and they control motor function for the opposite side of the body -- pretty important things to have if you're a firefighter," Dr. Celix said.

Dr. Celix said it was time for Plan B -- very delicate brain surgery to drain each abscess.

"We need to try something or this could be permanent," Dr. Celix said. 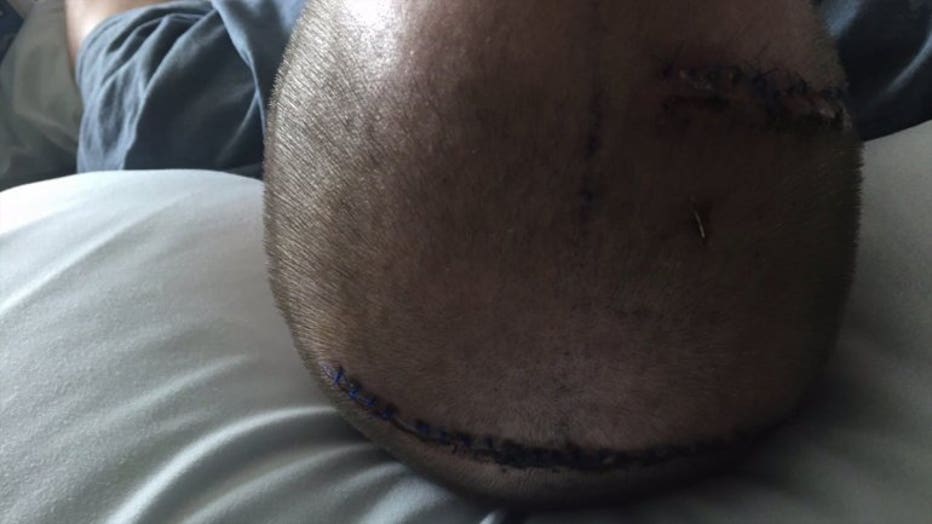 The scars from multiple surgeries tell only part of Lipski's story after his rough spring. Recovery would be long and painful.

"I looked at him and I couldn't even picture a man who would be out there fighting fires. He was very down because he couldn't do what he was made to do -- and was in incredible amounts of pain," Mary Sayles, ICU nurse at Aurora said. 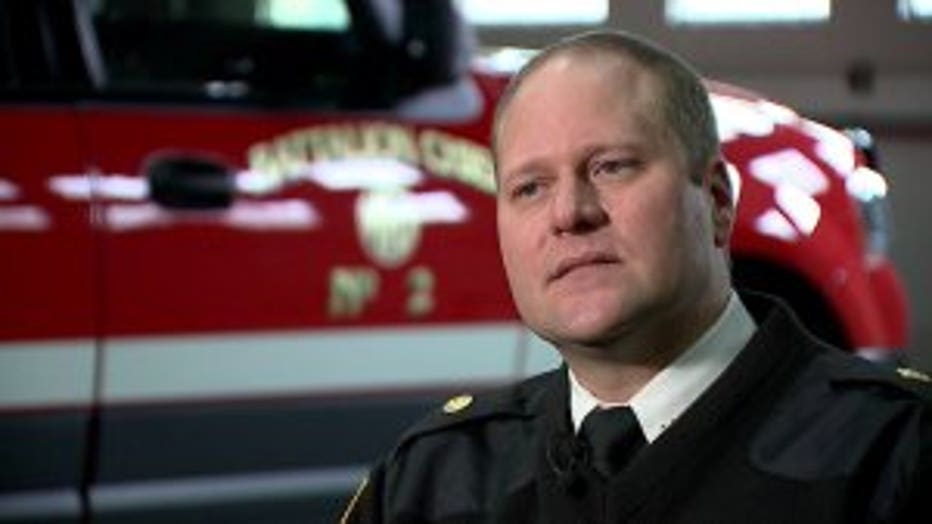 "After weeks of not being able to achieve anything, to see the joy in their eyes when you can wiggle a finger or toe -- I'm a fairly cynical person by nature and I thought 'we're really celebrating the little stuff here aren't we?' I'd really like to be able to brush my own teeth, but I can't even lift my hands up -- but it was that every day encouragement," Lipski said.

For days on end, Lipski's wife never left his side. When she wasn't there, a nurse or physical therapist was. 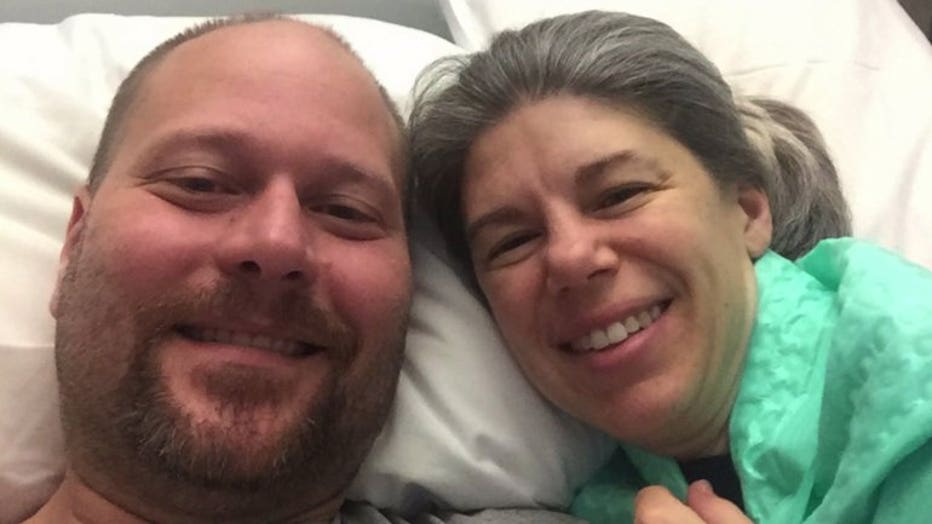 "He was very down and very sick, and we had to take care of him and be his cheerleader and make sure he didn't give up on himself," Mary Sayles said.

On Thanksgiving, Lipski will celebrate with family, but he first wanted to gather the medical team that made that possible and say thank you.

"There's no amount of gratitude I can give or show to the people who've touched me in such an amazing way. I'll forever in my life be paying back the debts I accrued when I was sick," Lipski said. 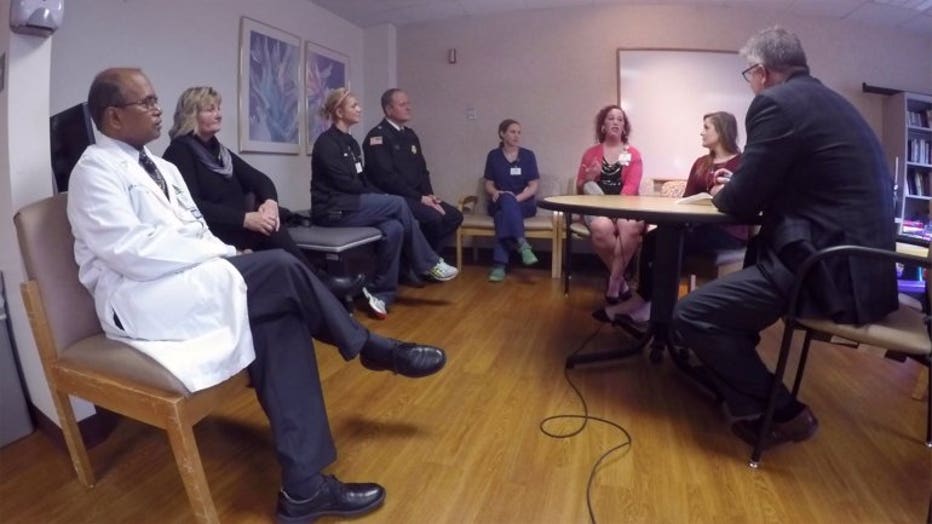 They are the hero's heroes, but ironically, the best thank you he could give wasn't necessarily coming back. It was being able to leave on his own.

"That's why we do our job. My husband is a firefighter. We had that little family bond where it touched my heart even more. I was blessed to be a part of it," Amy Hartman, with Aurora said.

After the reunion at the hospital, for Lipski, it was back to the job he loves -- a job he wondered whether he'd ever be able to do again.

His brush with death has made him more grateful, humbled, wiser. It has changed him.

"Don't wait for that do or die moment to change you. Don't let that be what needs to happen to you to realize how much of the bounty you possess already. We can't wish for the next greatest thing to reflect back on what we have -- to say thank you when it's appropriate -- which is all the time," Lipski said.

One thing that struck Lipski so much when he thanked the medical staff was their response. Everyone said they were "just doing their job" -- something Lipski said countless times to people he's helped as a firefighter.

Bottom line: Gratitude is contagious. Tell the people around you what they mean to you.