5 hurt in crashes along Capitol in Milwaukee

Five people were hurt in separate crashes along Capitol Drive in Milwaukee within about 15 minutes Tuesday afternoon.

MILWAUKEE - Milwaukee police are looking for a driver who blew a red light and caused a crash that injured four people, two of them elderly.

The crash happened near Appleton and Capitol Tuesday afternoon, Sept. 6 around 3:30 p.m.

Police said this was a chain-reaction crash. After the driver blew the red light, that vehicle hit a second vehicle which hit a third. 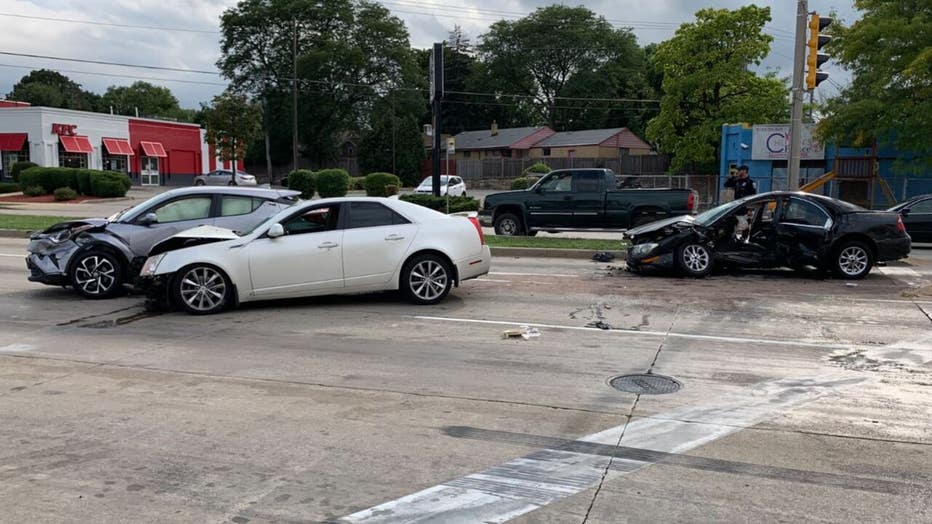 The driver of the second vehicle, a man, 77, was extricated and seriously hurt. His passenger, a man, 89, was also taken to the hospital with injuries.

A man and woman, 30 and 31, were in the third vehicle. They were also taken to the hospital for treatment of their injuries.

Again, police are looking for the driver who caused this crash, who ran off after the impact.

Anyone with information is asked to contact Milwaukee police at 414-935-7360 or to remain anonymous, contact Crime Stoppers at 414-224-Tips or P3 Tips.