Two people were killed in a crash Wednesday night, Nov. 30 near 30th and Capitol. The crash happened just before 8 p.m.

MILWAUKEE - Two people were killed in a crash Wednesday night, Nov. 30 near 30th and Capitol. The crash happened just before 8 p.m.

"I was looking out the window and there was a car coming from straight across there," said Marcus Blade. "The other car swerved and hit the tree, so I jumped down the stairs."

Police say the vehicle was traveling east on W. Capitol Drive when the driver collided with a tree after losing control of the vehicle, resulting in a vehicle fire.

Blade told FOX6 News he tried to get the people in the vehicle out of it.

"I was trying to get the door unlocked, and I was like unlock the door," Blade said. "When the flames got too hot, and all I could hear him yelling was, ‘Save me, save me.’ I tried. It's all I could do."

Milwaukee police say the two people in the car died at the scene.

"My brother was 29 years old, he was very kind, loving," said Alisha Thomas. 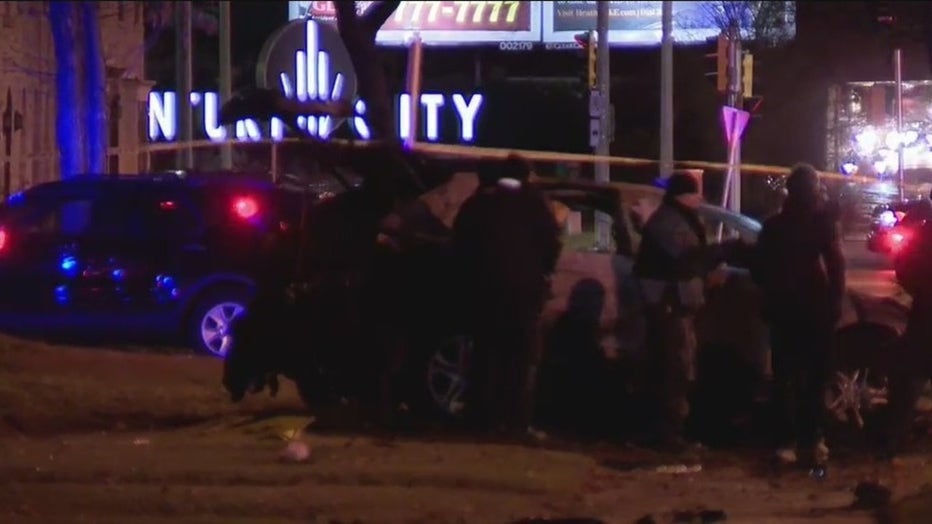 The family of 29-year-old Kent Thomas told FOX6 News Kent was the passenger in the car – and his friend was driving.

"Like we shouldn’t be out here grieving a loss out of a traffic accident, like slow down," Thomas said.

The family said this should be a wakeup call for drivers.

"Whatever was going on, slow down. It's other people, it's other lives, it's kids. You leaving behind kids," Burns said.

Anyone with any information on this incident is urged to contact Milwaukee police at 414-935-7360 or to remain anonymous, contact Crime Stoppers at 414-224-Tips or P3 Tips.