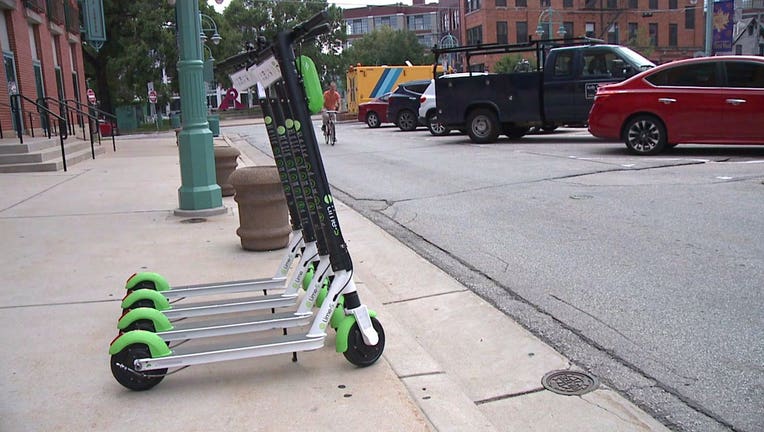 MILWAUKEE - There will be more alternative ways to get around Milwaukee this summer.

Dockless scooter companies, Bird, Lime and Spin will roll into the city on June 1. The pilot program runs through November 15, according to a release.

The pilot is citywide with a total of seven zones to support wider distribution and use. Zone 1 – which encompasses the downtown, near west side, near south side and lower east side – allows a maximum of 300 scooters. The remaining six zones require a minimum 480 scooters in each zone.

The 2021 pilot, which allows three operators with 1,000 scooters per operator, requires a broader dispersal of scooters city-wide with fewer concentrated Downtown, compared to the 2019 pilot program.

DPW is also expanding Bublr Bikes, the city's bike-share system, by 26 stations and approximately 250 bikes. DPW worked with community partners and residents to identify sites for expansion, and most stations will be installed in the Bronzeville, Harambee, Midtown, Washington Park, Silver City, Clarke Square, and Walker Square neighborhoods.

Of the approximately 250 bikes, approximately 200 will be new electric-assist bikes (e-bikes) that will greatly increase access to bicycling for people of various ages and abilities.