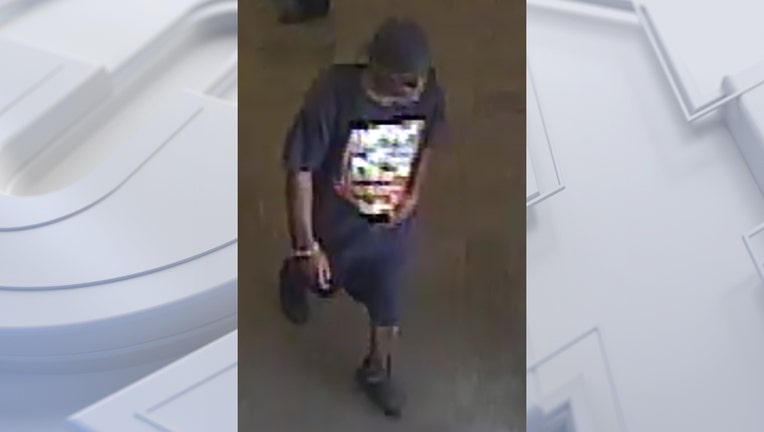 Suspect in attempted bank robbery near National and Layton.

MILWAUKEE - The Milwaukee Police Department has asked for help finding and identifying a suspect wanted for a July 1 attempted bank robbery on the city's south side.

Police said the suspect entered a bank near National and Layton around 4:30 p.m. that day, threatened to harm people and demanded money. The suspect did not get any property and fled on foot.

A Milwaukee man is accused of killing his 12-year-old grandson over money that was allegedly taken from his wallet. The boy's younger brother, who injured, told authorities they were struck with a mallet, sledgehammer, coat rack and cane.