Milwaukee's Cathedral of Saint John the Evangelist was full for Mass.

Pope Emeritus Benedict XVI, the shy German theologian who tried to reawaken Christianity in a secularized Europe but will forever be remembered as the first pontiff in 600 years to resign from the job, died Saturday. He was 95. Benedict stunned the world on Feb. 11, 2013, when he announced, in his typical, soft-spoken Latin, that he no longer had the strength to run the 1.2 billion-strong Catholic Church that he had steered for eight years through scandal and indifference. 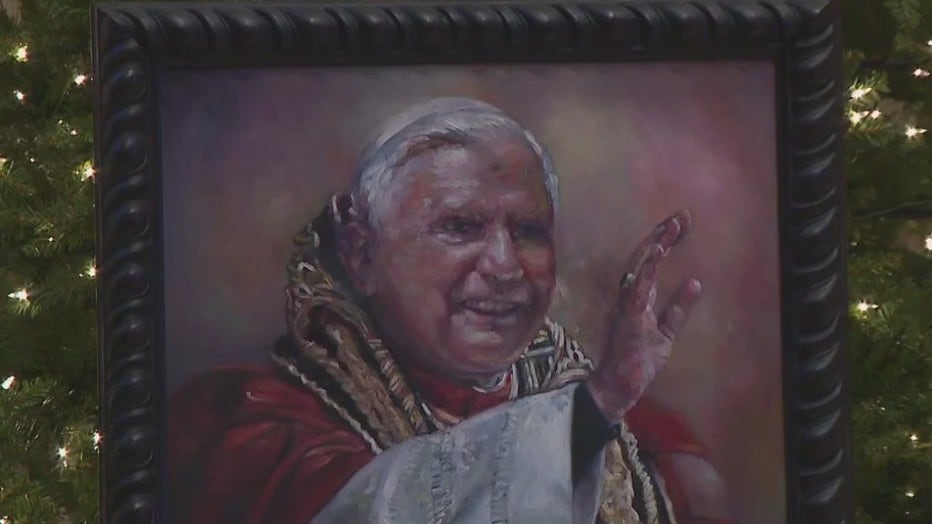 Milwaukee Archbishop Jerome Listecki remembered Pope Benedict for not being afraid to tell the truth.

"In this day and age, when truth is whatever you want to make it, it was Benedict the XVI, Joseph Ratzinger, who consistently held the truth that is before us is what we have to acknowledge," said Listecki.

Pope Benedict's dramatic decision to resign paved the way for the conclave that elected Pope Francis as his successor. The two popes then lived side-by-side in the Vatican gardens, an unprecedented arrangement that set the stage for future "popes emeritus" to do the same.

And now Francis will celebrate Benedict's funeral Mass on Thursday, the first time in the modern age that a current pope will eulogize a retired one. As tributes poured in from political and religious leaders around the world, Francis himself praised Benedict’s "kindness" Saturday and thanked him for "his testimony of faith and prayer, especially in these final years of retired life."