FRASER, Mich. -- The Macomb County Prosecutor's Office announced Friday that a Fraser woman has been charged with setting a car on fire after video shows her apparently filling the SUV with gasoline and then lighting it, only to have it explode in her face.

Sydney Parham, 26, was arrested on arson charges after police said she set the car on fire on Wednesday.

The fire department and deputies were called to the San Remo Apartments on Union Lake Road for a car fire on Wednesday around 8 a.m.

Video shot from across the parking lot shows a woman, identified by deputies as Parham, filling the back seat with what looks like gasoline, reaching in to ignite it with what looks like a stick lighter, and then the fire explodes in her face, sending her backward onto the pavement next to the SUV. 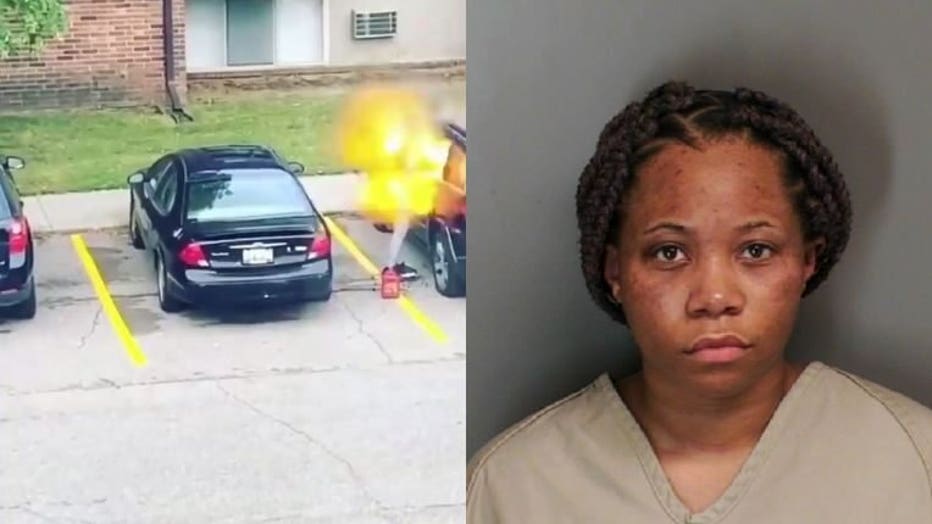 The video was uploaded to YouTube by user ppv_tahoe. The Macomb County Sheriff's office confirmed the video is the same incident that Parham was charged in.

When the fire department got the fire put out, nobody was nearby. After speaking with several witnesses and reviewing the video of the fire being set, deputies arrested Parham for the fire.

Parham has been charged with third-degree arson, a felony, and is currently being held on a $20,000 personal bond. She's due back in court on August 5th.