MILWAUKEE -- Internal discipline charges are expected as soon as this week in connection with an incident that occurred in February at a Milwaukee Fire Department fire station. MFD officials clarified this is an internal matter with no involvement from the district attorney's office. While officials said there was no targeted intent, there was a failure to foster an environment where this incident would've been stopped and questioned.

FOX6 was given this photo of the small doll -- hanging by a pink ribbon. On Tuesday, June 30, Milwaukee Mayor Tom Barrett said he wants answers.

"Well, obviously, it's disgusting what the individual did," said Mayor Barrett. "I'm very pleased the fire department is/has conducted an investigation. There's no place for that in our city."

According to a news release Sunday, June 28, on Feb. 13, MFD administration "was alerted to the presence of a brown figurine found hanging by a pink looped ribbon in a Milwaukee fire station." Which firehouse wasn't revealed Sunday by MFD officials.

MFD officials said an internal investigation began immediately, and upon being questioned, "the member responsible for bringing the figurine into the fire station and displaying it in the manner described self-identified." 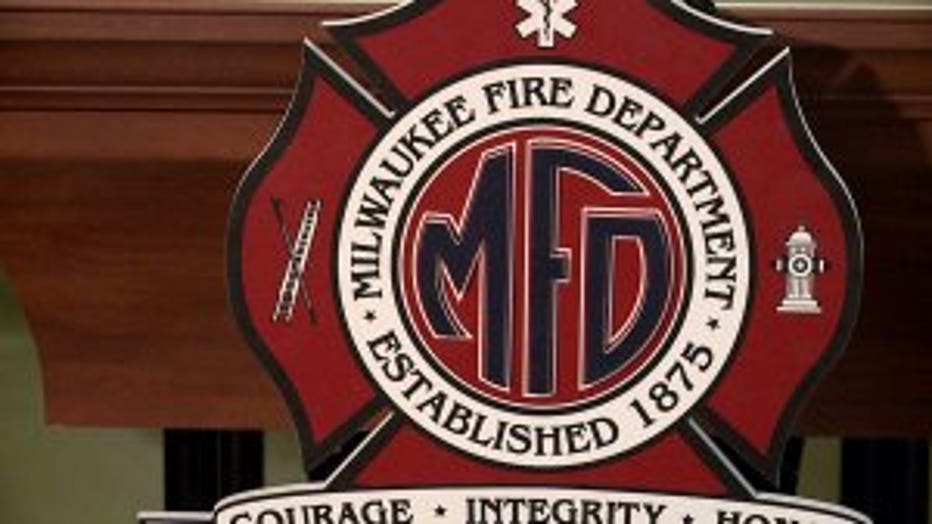 Officials said subsequent investigation led to the identification of "numerous" members of the department from the ranks of lieutenant, captain, battalion chief and deputy chief, "who were aware of or should have been aware of, the potential for the presence of this figurine displayed in this manner to create a workplace not conducive to a diverse, welcoming, safe
and non-hostile environment."

MFD officials said Sunday following the internal investigation, charges were drawn up "and are scheduled to be read this week." Additionally, officials said "numerous members will have letters of reprimand placed in their files, memorializing their failure to maintain good order."

"While the investigation’s findings do not reveal a deliberate or intentional racist or sexist intent, nor an effort to target any individual member or group, it is no small matter that our failure, collectively, to maintain and reinforce an environment and culture within which an occurrence such as this would instantly be questioned and stopped, bears much responsibility for this. The Milwaukee Fire Department finds any word, action, or deed which negatively impacts any of our members (or members of the many vibrant communities we serve) based upon age, culture, ethnicity, race, religious expression, sexual orientation, gender expression, or the expression of unique philosophies and ideas, in a word, reprehensible.

"We affirm our mission to attain and foster a diverse work force. We affirm our goals to provide all of our employees the opportunity and growth at every rank on the Milwaukee Fire Department, and, we reinforce our expectation that all employees will treat each other with dignity and respect, regardless of perceived differences. The Milwaukee Fire Department understands this incident did not meet our expectations or our obligations, and we have work to do in order to rebuild the trust and solid relations we have long enjoyed across all communities.

"The situation described above is an opportunity to fully understand actions we take, even if unintended, can be disrespectful and hurtful toward others. The most important result of this situation is that we all learn from this misstep. At the direction of our civilian oversight body, the Milwaukee Fire and Police Commission, with whom we have been communicating throughout this process and to whom we will ultimately turn over all investigatory materials, the Milwaukee Fire Department will be undergoing department-wide anti-harassment training within the next few months. Further, in concert with the Milwaukee Brotherhood of Firefighters and the Milwaukee Fire Department’s senior management, an educational video highlighting and reinforcing our standards and our collective responsibility to achieve those standards will be produced and distributed internally. It is our hope that from this wretched episode greater understanding and positive and real change will occur," MFD officials said in the release.

Messages to the Milwaukee Brotherhood of Firefighters for comment were not returned Sunday. More information is expected in a press conference this week.