Mesmerizing video of a rarely seen bigfin squid was recently released by scientists in Australia.

The video, which was recorded by CSIRO during a deep-sea research voyage in 2015 and 2017, shows the elusive creature slowly swimming with its long, dainty tentacles trailing behind.

CSIRO, Australia’s national science research agency, found the squid swimming at depths of up to 3,258 meters below the water’s surface.

The bigfin squid belongs to the family Magnapinnidae, a group of deep-sea squid which have large fins and extremely long, slender arm and tentacle filaments, according to CSIRO.

One of the squid captured on video had tentacles that were as long as 1.8 meters.

"Sightings of bigfin squid are very rare. These are the first records in Australian waters, adding to only a dozen confirmed sightings worldwide," Marine scientist Deborah Osterhage, said.

"Most previous reports have been of single bigfin squid, so it's exciting to have recorded five in the Great Australian Bight," Osterhage continued. "Differences in their appearance meant we were able to confirm they were five separate individuals, rather than the same squid multiple times, and although the surveys covered a relatively large area, the squid were actually found clustered close together."

The Great Australian Bight is the body of water located south of the Australian continent. 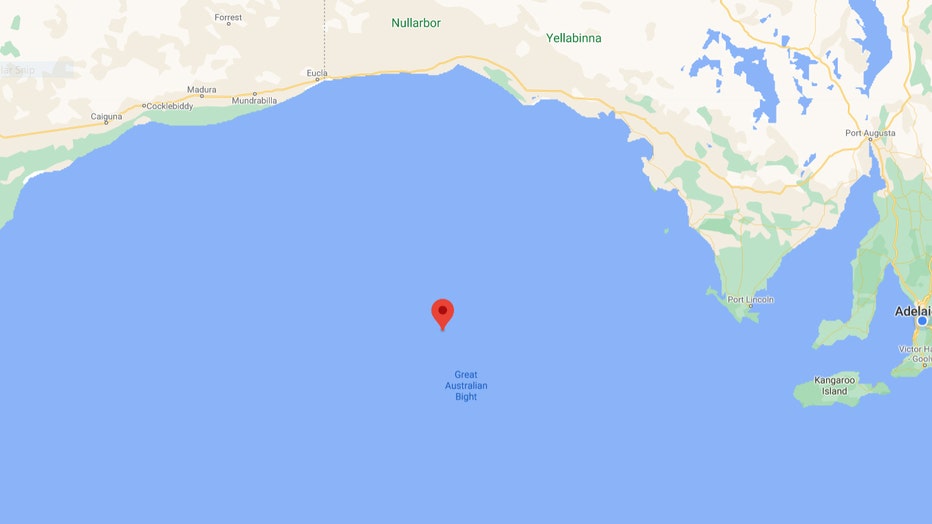 “The area also houses an abundance of marine resources and wealth which can be realized for the benefit of all Australians.More than 85 per cent of known species in the region are found nowhere else in the world. However, until now, relatively little was known about this vast body of water and how it supports such diverse marine life. We have to know what is there and understand how the ocean system works to be able to predict and measure any environmental impact resulting from development,“ according to CSIRO’s website.

"With every voyage we undertake we discover more about Australia's vast deep-sea environment, and there is much to learn," Osterhage said.