Chuck Seidl and Jared Spangenberg know a thing or two about teamwork. Their work brought them to Mequon on Monday morning. They ended up saving a life.

MEQUON, Wis. - Being a sewer worker is a messy job. It often comes with some strange discoveries. For two workers in Mequon, what they found Monday, Sept. 12 took the cake.

Chuck Seidl and Jared Spangenberg were working on a sewer in Mequon, and their day ended with them saving a life.

They came across two injured squirrels, and some quick thinking and a little love went a long way.

These co-workers know a thing or two about teamwork. 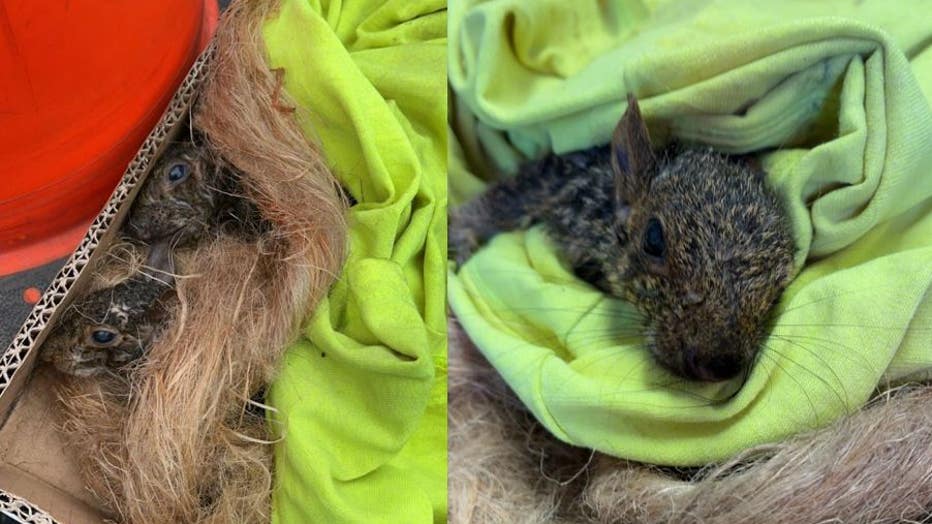 Their work brought them to Mequon on Monday morning. It ended up being one of their most interesting jobs yet.

"I got on the radio," said Spangenberg. "'Yeah, Chuck, there are these two squirrels here. Come down!'"

"We tried to keep them dry and ended up putting them on the back of the truck," said Spangenberg.

One squirrel sadly died. The other was barely hanging on.

That's when Seidl took the lead. 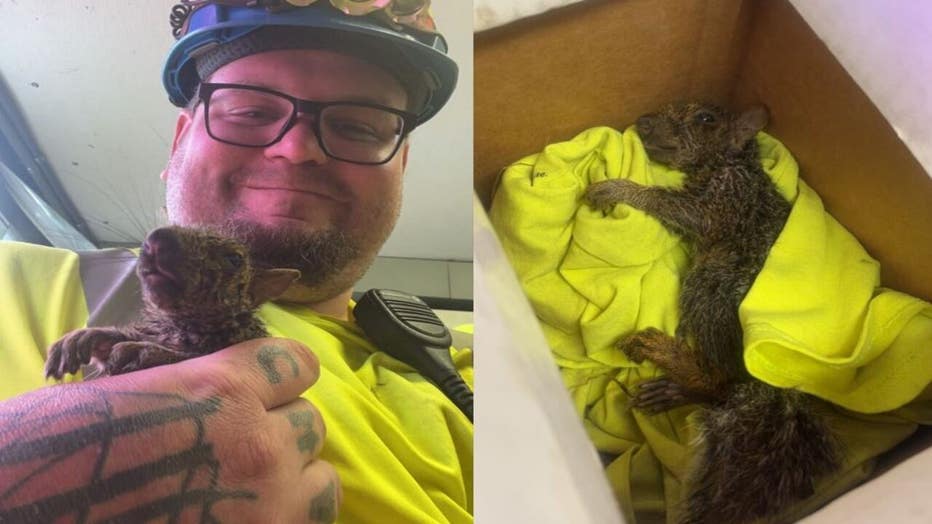 "I gave him mini, little chest compressions," said Seidl. "I flipped him over, and I pat his back and he kind of spit up a little water."

"All of a sudden, the squirrel just came to," said Spangenberg.

"Jared’s standing on the end of the truck like, ‘Oh my gosh, I can’t believe that just happened!’" said Seidl. 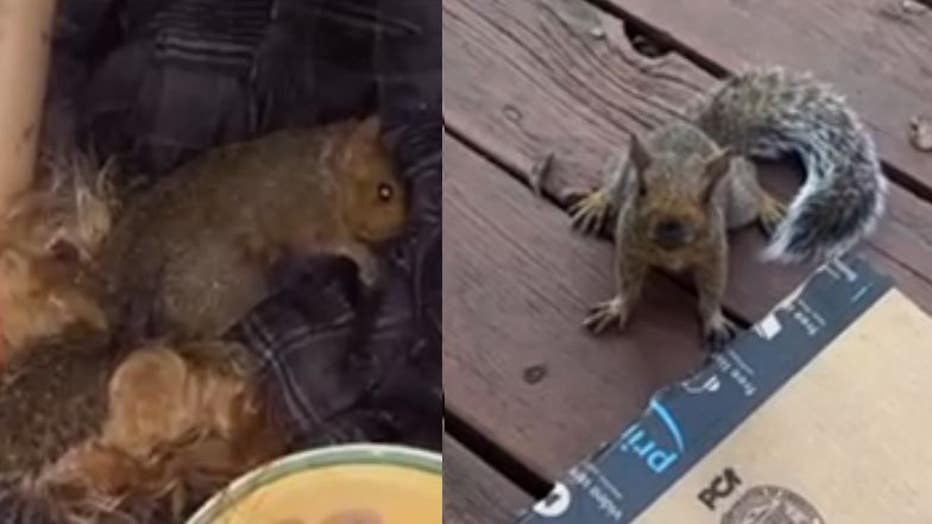 Work prevented them from taking the little guy to a wildlife rescue, so the squirrel, which they named "Little Jerry," recovered in a bed in their truck.

Seidl brought him home to finish his recovery.

On Thursday, Little Jerry was living in a tree and eating treats in Seidl's backyard.

"I hope he grows up, maybe finds a squirrel lady, has a nice family, and he can tell them about how Chuck saved him," said Seidl. 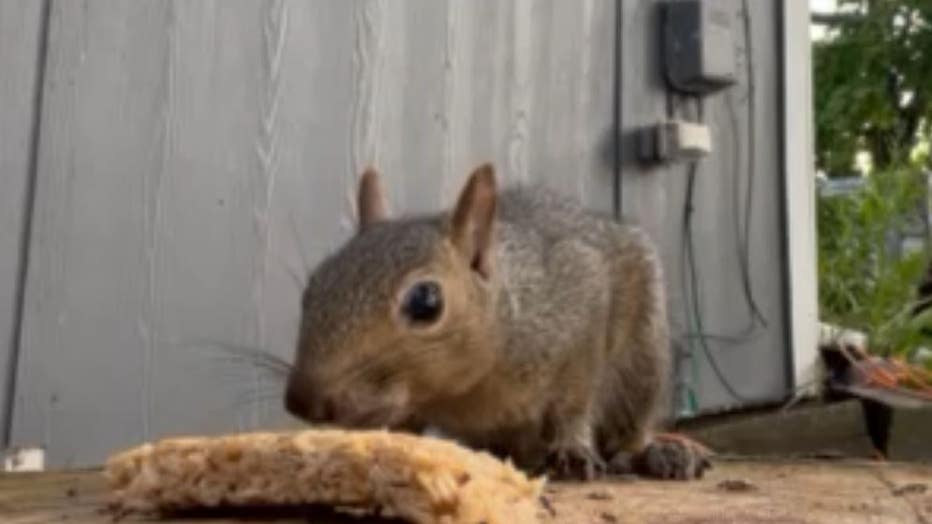 Seidl told FOX6 Little Jerry has an affinity for granola bars. He has a distinct black mark on his back with red on his tail so Seidl can easily spot him.