A Mequon man is dead after a Tuesday morning house fire. It happened on Mequon Road between Wasaukee and Granville.

MEQUON, Wis. - A Mequon man is dead after a house fire early Tuesday morning, Jan. 3 – destruction and heartbreak left behind.

The Southern Ozaukee Fire Department said crews responded to the scene on Mequon Road between Wasaukee and Granville around 3 a.m. after a driver saw flames and called law enforcement.

"The building was fully involved, upon our arrival," said Fire Chief David Bialk.

Multiple agencies responded, hauling water to the scene because there are no fire hydrants in the area.

"It was a non-hydranted area, so we had to tank in the water which takes a lot of manpower," he said. "It was a large home. It was well involved. There were a lot of hot spots, and it collapsed on itself, we had to dig through all the debris to put the fire out." 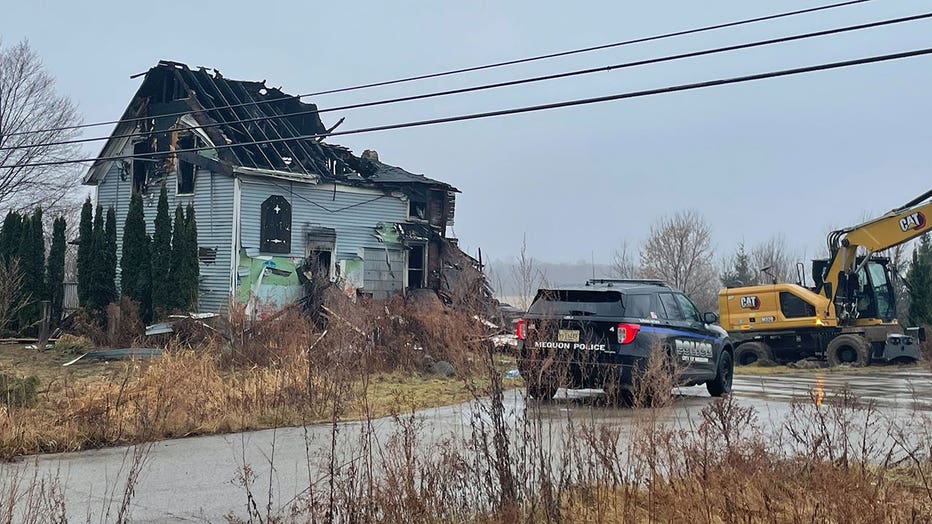 The department said, as crews worked, family members tried to get ahold of the homeowner. With his truck parked in the driveway and his dog outside, they feared the worst. That fear was confirmed around 8:30 a.m., when the fire department said crews found the body

"After we put out the fire, we had to use heavy equipment to move what was left of the house around, and we were able to find a deceased body," Bialk said.

FOX6 News is not naming the man as officials work to notify his family. The dog was taken to the humane society.