WINNEBAGO COUNTY -- The mental competency of 45-year-old Brian Flatoff, charged in connection with a hostage situation at Eagle Nation Cycle on Saturday, December 5th is being called into question. 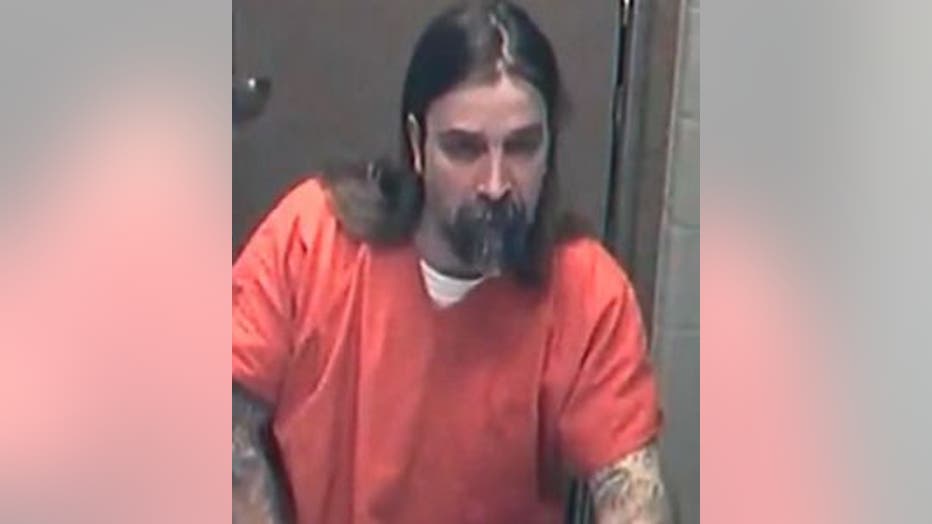 Flatoff is still waiting to learn what charges he'll face after that standoff.

The charges he currently faces related to the alleged events that led up to that hostage situation.

"The officers that were closest in, that were involved in the fray certainly are going to be affected. But so are the ones that were more on the perimeter because they may be felt like 'I wish I could have done more,'" Neenah Police Chief Kevin Wilkinson said.

During the hours-long standoff, 60-year-old Michael Funk was shot and killed.

Police said Funk exited the Eagle Nation Cycles building, and refused commands to drop a weapon he was holding.

An investigation is ongoing to determine whether Funk was killed by police -- or by someone who was inside Eagle Nation Cycles.

The district attorney says either way, under the law, Flatoff can be charged with crimes that led to Funk being shot and killed.

Flatoff's attorney said in court Monday she doesn't believe he's competent. She said a competency evaluation has already been requested in a separate case.

"I'm telling the court that I think at this time Mr. Flattoff is not competent to proceed," Colleen Bradley said. "I don't see the need to order another evaluation when one has been ordered in Outagamie County and I can confirm that later."

Flatoff faces the following charges, in connection with what happened prior to the standoff:

According to the criminal complaint, a friend to Flatoff talked with Neenah police. She believed Flatoff was “involved in the hostage incident” that was taking place at Eagle Nation Cycles. The friend told police Flatoff “had been drinking vodka or rum throughout the course of the night.” At one point, the complaint says “when he stood up, he fell over and hit his head.”

Early Saturday when Flatoff awoke, the friend yelled at Flatoff because “she thought he had a concussion and that she was going to call 911.” But Flatoff apparently ran at her “with a .45 caliber pistol in his hand and started to yell at her.” He said, “You know I can’t handle going back there, to prison.” The complaint indicates Flatoff then straddled the friend, and “he then pointed the gun at the wall behind her, above her head, and pulled the trigger.” The shot put a hole in the wall and the friend told police, “she probably had gunpowder from the shot on her face, but she had since wiped her face.”

After that incident, the complaint indicates Flatoff grabbed a 9mm Mac-10 handgun belonging to the friend — and departed for Eagle Nation Cycles. Flatoff apparently had an “ongoing issue over a motorcycle with employees” at the cycle shop. The friend believed Flatoff “was going there to beat up (an employee) and try to take his motorcycle back.”

The complaint filed against Flatoff makes reference to a 2003 conviction for felony bail jumping, and a 2015 case for felony OWI – fifth/sixth offense. The complaint says Flatoff was released from custody on August 28th, 2015 after posting bond in that case.

One man, 60-year-old Michael Funk of Neenah, was shot and killed during the incident at Eagle Nation Cycles while trying to flee. The Wisconsin Department of Justice’s Division of Criminal Investigation is investigating the officer-involved shooting portion of this incident.

The Wisconsin Department of Justice released this statement on Tuesday, December 8th:

Theresa Mason-Funk told Post-Crescent Media on Monday, December 7th that her husband, 60-year-old Michael Funk, had distanced himself from the D.C. Eagles and Hell’s Lovers motorcycle clubs and was looking forward to retirement.

Steve Erato, owner of Eagle Nation Cycles, says Funk was inside the shop when a gunman entered and took hostages Saturday, December 5th.

Erato and attorney Cole White say Funk was a victim who shouldn’t have been killed.

If convicted on the most serious charge, Flatoff faces up to ten years in prison and $25,000 in fines.

Flatoff's next court date is scheduled for January 25th.

CLICK HERE for more on this story via WLUK.