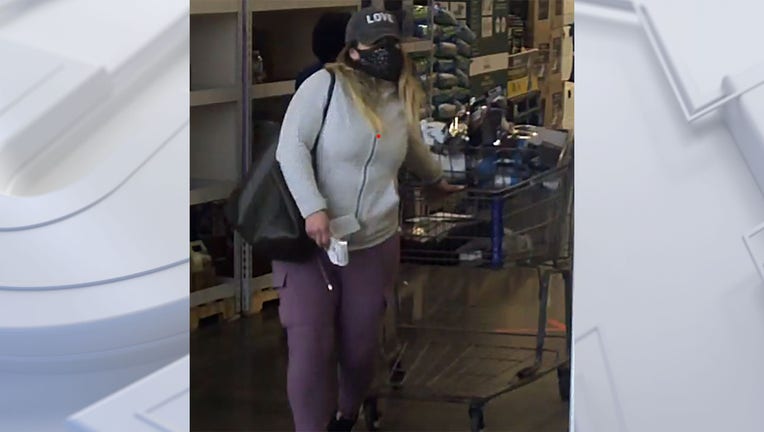 MENOMONEE FALLS, Wis. - The Menomonee Falls Police Department has asked the public for help identifying a suspect who allegedly used stolen credit cards to rack up more than $5,000 in purchases.

Police said the suspect stole a wallet from a Metro Market shopper's purse on April 1. The suspect then used credit cards from the purse at a Milwaukee Sam's Club and a Wauwatosa Dick's Sporting Goods -- spending over $5,000.

Anyone with information is asked to contact the Menomonee Falls Police Department at 262-331-0273.

To make an anonymous tip, contact Waukesha County Crime Stoppers at 1-888-441-5505, online at stopcrimewaukesha.com, or through the new P3 phone app.

Antion Haywood, the suspect charged in the Feb. 2020 fatal shooting of a pregnant Milwaukee woman, has been acquitted of first-degree reckless homicide.