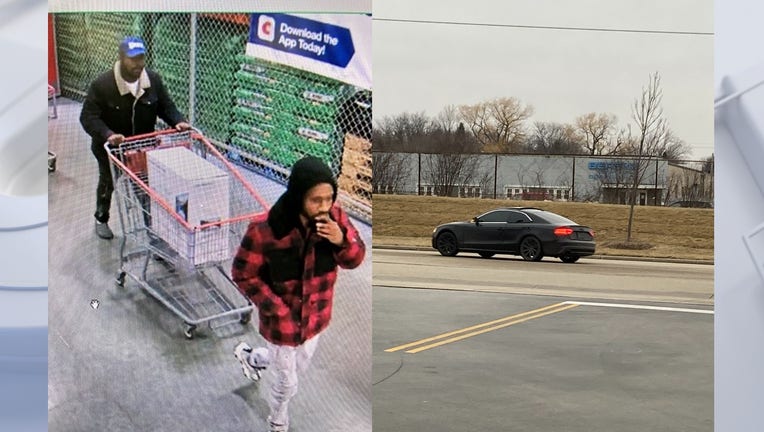 MENOMONEE FALLS, Wis. - The Menomonee Falls Police Department is investigating a retail theft that occurred at Costco on Wednesday, March 30. It happened at approximately 6:00 p.m.

Police say two suspects removed a Dell computer valued at $1,349.99. The suspects walked past the registers making no attempt to pay for the computer.

The suspects got into a black Audi with heavily tinted windows and no registration plates.

Anyone with information is asked to contact Menomonee Falls Police Department at 262-532-8700.

An 8-year-old child was taken to the hospital from the Plank Trail apartment building in Sheboygan Falls Wednesday evening.