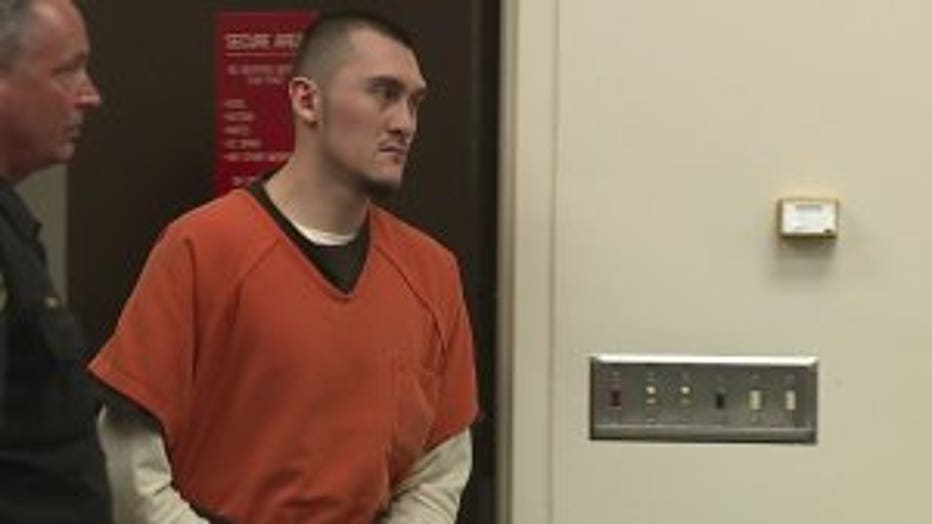 RACINE COUNTY -- A Racine County judge sentenced Tyler Martinez on Tuesday, March 10 to five years in prison and another three years of extended supervision in connection with a fatal hit-and-run crash that happened in Caledonia in October 2017. Two families were brought to tears during the emotional sentencing hearing, after waiting more than two years to hear the judge's ruling.

"I take full responsibility for the situation, and it will haunt me for the rest of my life," said Martinez, through tears.

Martinez, 29, pleaded guilty in October 2019 to hit-and-run involving death. In exchange, a charge of homicide by vehicle use-controlled substance was dismissed and read into the court record.

"This whole family has been broken," said Greg Post, uncle of Michael Fuchsgruber, who was killed in the crash.

Details from the criminal complaint

Police said at around 9:45 p.m. on Friday, Oct. 20, 2017, Fuchsgruber, 39, was riding his bike with his 15-year-old son on Douglas Avenue near Middle Road. The son was riding on a sidewalk — and Fuchsgruber was in the roadway. Fuchsgruber was struck by a vehicle — and the driver continued on, according to witnesses.

The criminal complaint against Martinez said despite efforts by a passerby and first responders, Fuchsgruber died at the scene.

"He did not hit a mailbox -- which bleeds blood on a car," said Cynthia Fuchsgruber, Michael's mother. 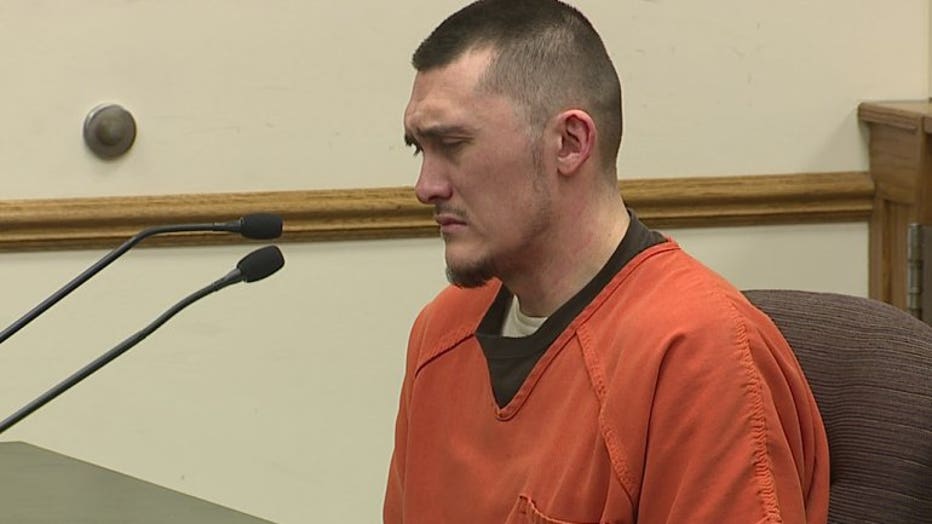 Dispatchers received a call from Martinez’s father stating his son, Tyler, “was in an accident in his silver Cadillac sedan” and that Tyler was at a different location.

When investigators caught up with Tyler Martinez, prosecutors said he indicated he “had been driving home from Milwaukee” and “had not been drinking or using any type of drugs.” A preliminary breath test confirmed that information — the results were 0.0%.

The complaint said Martinez told police while driving, “he was looking down at the radio and adjusting the stations.” Martinez said his vehicle “collided with an object that Martinez believed to be a mailbox.” He told officers “he just drove home because he was not sure what he struck.” Martinez said he called his father “because his dad owns the car and carries the insurance.”

According to the criminal complaint, Martinez “did not stop because he thought his license was suspended.” It was learned his license was valid. However, Martinez indicated he had previously been “cited for speeding and inattentive driving.”

When Martinez learned the person he struck had died, the complaint said “Martinez did show remorse and seemed scared at this news.”

The complaint indicates a search of Martinez’s phone noted several calls or text messages, “but none were during the accident.”

Fuchsgruber's family reflected on the loss during sentencing.

"All our family has been put through hell," said Cynthia Fuchsgruber.

"For Mike to be left there -- laying to die -- his funeral should've never been scheduled," said Tom Johnson, Michael's cousin.

Martinez's fiancee asked the judge for leniency -- telling the court her family would lose a father, too.

"I have seen him every night waking up crying -- not the same person anymore," said Vanessa Gaona.

While the judge did not hand down the maximum sentence, he did have harsh words for Martinez.

"With your driving record, Mr. Martinez, you are a menace on the road," said Judge Faye Flancher.

The sentence drew gasps and led to a tearful goodbye, as Martinez, crying, was taken away in shackles.