MILWAUKEE -- Two Milwaukee men are accused of robbing a juvenile of a cellphone and his hoverboard in an alley near 11th and Meinecke around 1 a.m. on Monday, Dec. 10. The accused are Jahree Smith, 20, and Keon Smith, 21. They face the following criminal counts: 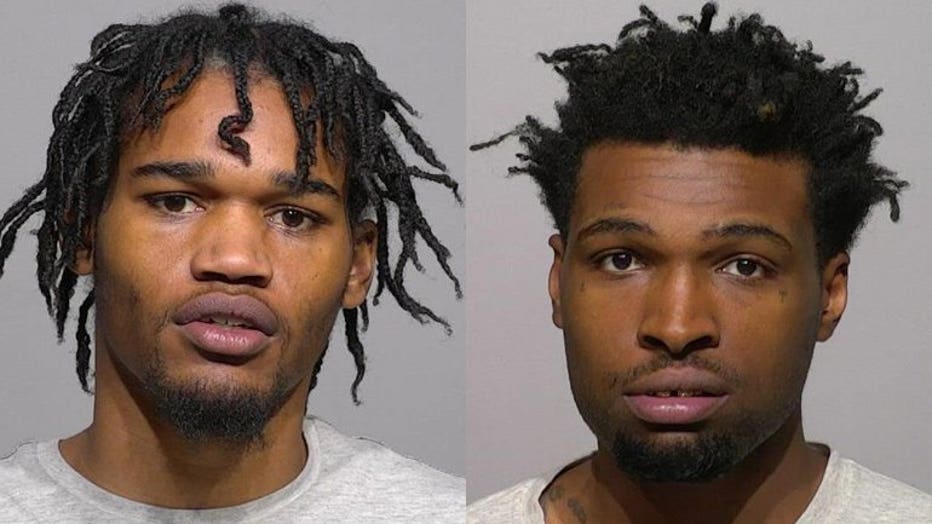 According to the criminal complaint, the juvenile was walking with a friend down an alley when a gray car pulled up alongside. The juvenile said a man got out of the vehicle and was "armed with a handgun." The suspect said, "What you got on you? Drop everything." The man with the gun told the juvenile and his friend to stand against a call -- and the suspect proceeded to steal a cellphone and hoverboard before getting back in the car and driving away.

After the robbery, police learned a woman saw the incident and recorded it on her cellphone. Police recovered that video. They also obtained surveillance video from a gas station nearby -- and identified the vehicle in question.

The complaint indicates three days later, an officer identified the car involved in this crime -- and stopped it near 41st and Lisbon. The driver at the time was identified as Keon Smith. The passenger was Jahree Smith. The complaint says after having the two men get out of the car, the officer searched the vehicle and "recovered a loaded black Smith & Wesson .38 special revolver from the back seat (under a child's car seat)."

When police interviewed Jahree Smith,  identified Keon as his cousin. Jahree stated that "the gun he used is the same gun that was found earlier in the car. He stated that he committed this crime because he needed money. He stated that he and Keon sold the hoverboard for $20" -- and that they later "spent $10 on gas for the car and bought some weed." Jahree told investigators that Keon had the gun since November."

Jahree Smith and Keon made their initial appearances in court on Wednesday, Dec. 18. Both are scheduled to be back in court for a preliminary hearing on Dec. 26.