WEST WARWICK, R.I. — A memorial park is opening at the site of a 2003 nightclub fire in Rhode Island that killed 100 people.

A Sunday ceremony will officially open the memorial to The Station nightclub fire in West Warwick. Hundreds of people are expected.

The blaze began when pyrotechnics for the rock band Great White ignited flammable foam installed as soundproofing. More than 200 people were injured. 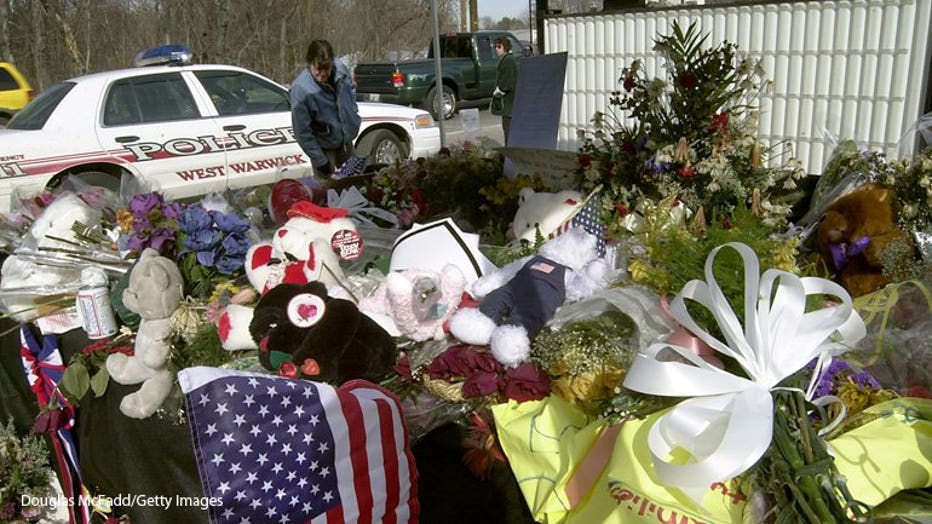 WEST WARWICK, RI - FEBRUARY 26: Mourners visit the makeshift memorial at the site of the deadly fire at The Station nightclub February 26, 2003 in West Warwick, Rhode Island. The fire started when a pyrotechnics display during a Great White concert o

The service will feature music, as well as a reading of the names of each of the victims.

The park includes individual granite markers for each victim, as well as a timeline of important events before and after the fire.