SUVA, Fiji — The Duchess of Sussex was rushed through her visit to an indoor market in Fiji's capital Wednesday due to concerns about the large crowd that came to greet her in the relatively confined space.

Meghan chatted with one vendor and briefly greeted others at Suva Market, where throngs of people spilled into surrounding streets. She spent only about half of her allocated 15 minutes there as she was whisked through by security personnel in the enclosed and relatively dark market.

Meghan had visited Suva Market to meet some of the female vendors who have been involved in the U.N. Women's project "Markets for Change." Vendors were selling watermelons, pineapples and other fruit at the market, as well as handicrafts and fans.

A Kensington Palace spokeswoman told The Associated Press that her visit was cut short due to crowd management issues. 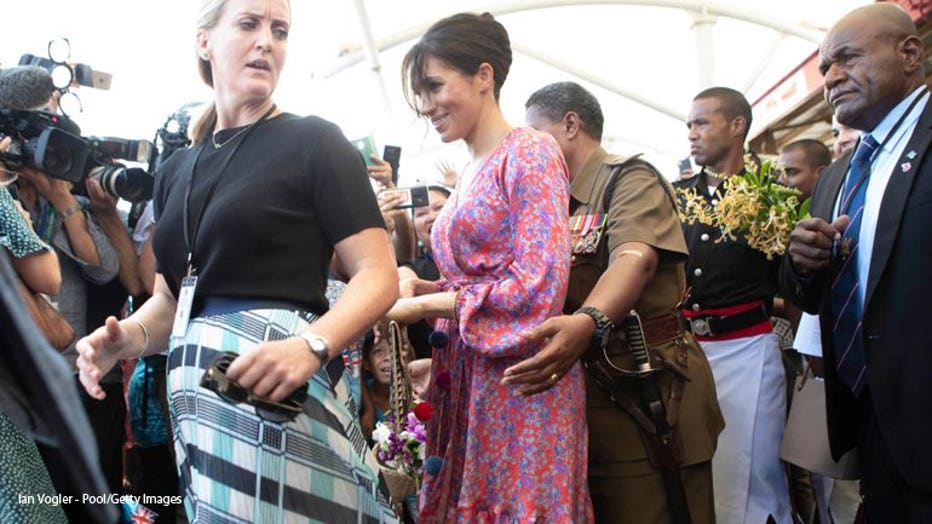 SUVA, FIJI - OCTOBER 24: Meghan, Duchess of Sussex visits a market on October 24, 2018 in Suva, Fiji. The Duke and Duchess of Sussex are on their official 16-day Autumn tour visiting cities in Australia, Fiji, Tonga and New Zealand. (Photo by Ian Vog

Meghan, who is four months pregnant, and husband Prince Harry are on the 9th day of their 16-day tour of the South Pacific. Harry was not scheduled to visit the market, and was instead unveiling a plaque at a forest site home to species such as the Fiji tree frog.

Earlier on Wednesday, Meghan gave a speech at the University of the South Pacific where she talked about the excitement of attending university and the importance of education for women and girls in developing countries. 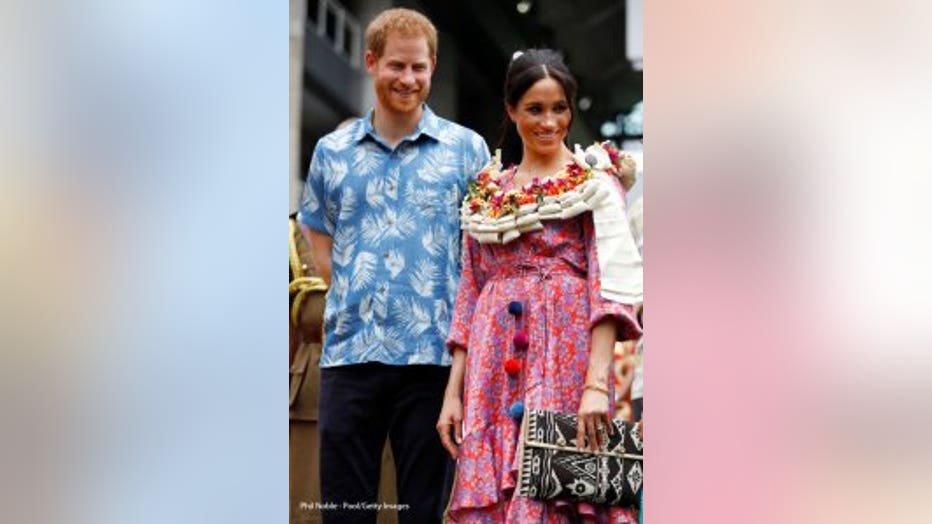 SUVA, FIJI - OCTOBER 24: Prince Harry, Duke of Sussex and Meghan, Duchess of Sussex visit the University of the South Pacific on October 24, 2018 in Suva, Fiji. The Duke and Duchess of Sussex are on their official 16-day Autumn tour visiting cities i

She said she was only able to attend university thanks to scholarships, financial aid programs and paid work on campus, but that it was, without question, worth the effort.

On Tuesday, the couple attended a state dinner at the Grand Pacific Hotel and Harry said Fiji and Britain shared a love of rugby and a sense of humor.

"This visit is particularly nostalgic for us as a young married couple," Harry said. "My grandparents stayed in this very hotel, the Grand Pacific, a number of times over the years. But this visit is also an opportunity to learn more about the future of Fiji, your economic growth, sustainable tourism development and social enterprises."

The couple is scheduled to visit Tonga on Thursday before returning to Sydney on Friday night for the final days of the Invictus Games, Harry's brainchild and the focus of their tour. The couple will then finish their trip with a four-day visit to New Zealand