The Mega Millions jackpot climbed to a staggering $1.35 billion — the second-largest prize in the game’s history — after no ticket matched all six numbers drawn on Tuesday night.

"The jackpot has rolled again, keeping everyone who follows Mega Millions in suspense for yet another drawing," Ohio Lottery Director Pat McDonald, lead director of the Mega Millions Consortium, said in a statement.

Michigan has been particularly lucky with Mega Millions jackpots that occurred on Friday the 13th, winning four of them in the past (June 2008, May 2011, June 2014, and October 2017), according to lottery officials.

The only Mega Millions jackpot larger than Friday’s estimated prize is the game record of $1.537 billion, won in South Carolina in October 2018.

A man from Canada waited 10 months to come forward and claim his $60 million lottery winnings from numbers he had been using for nearly 30 years.

There were 16 tickets from coast to coast that matched the five white balls to win the game’s second-tier prize of $1 million. Three of them, one each in Connecticut, Florida and New York, included the optional Megaplier 3X, bumping up the winning ticket’s worth to $3 million each.

How to play Mega Millions, odds of winning the jackpot 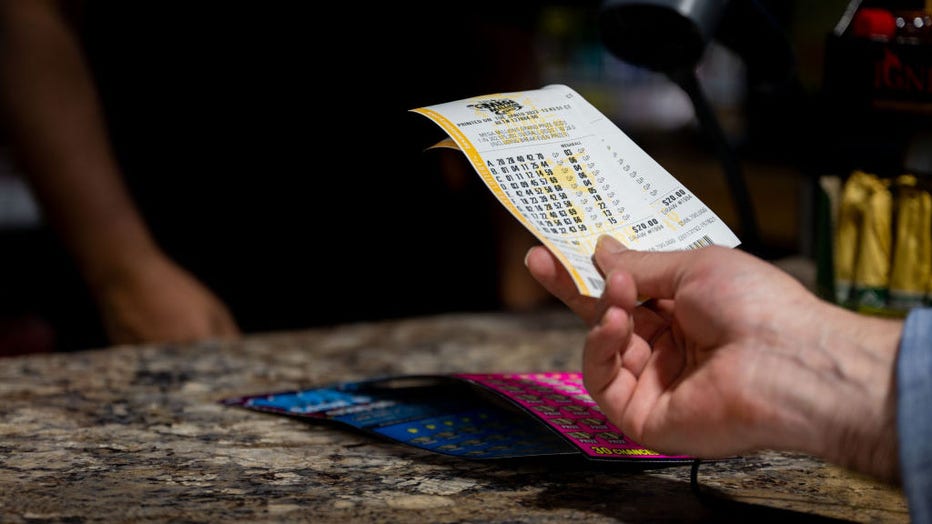 A customer looks at their lottery tickets before purchasing at a CITGO gas station on Jan. 10, 2023, in Austin, Texas. (Photo by Brandon Bell/Getty Images)

Mega Millions tickets cost $2 per play. Players win the jackpot by matching all six numbers in a drawing. If no one wins the jackpot, the money is added to the jackpot for the next drawing.

Those lucky enough to become a Mega Millions jackpot winner get the choice of a cash option or an annual payout. The annuity option means getting an initial payment followed by 29 annual payments, and each payment is 5% larger than the previous one.

Those who select the cash option receive a one-time, lump-sum payment that is equal to all the cash in the Mega Millions jackpot prize pool after taxes.

The odds of winning the Mega Millions jackpot prize is roughly 1 in 302,575,350, lottery officials said. But a player’s overall chance of winning any prize is 1 in 24.