MILWAUKEE (WITI) -- The Veterans Board of Directors held its Veterans Day Banquet on Tuesday evening, November 11th at the War Memorial Center -- and during that banquet, Gary Wetzel was named Milwaukee County's "Veteran of the Year" for 2015. 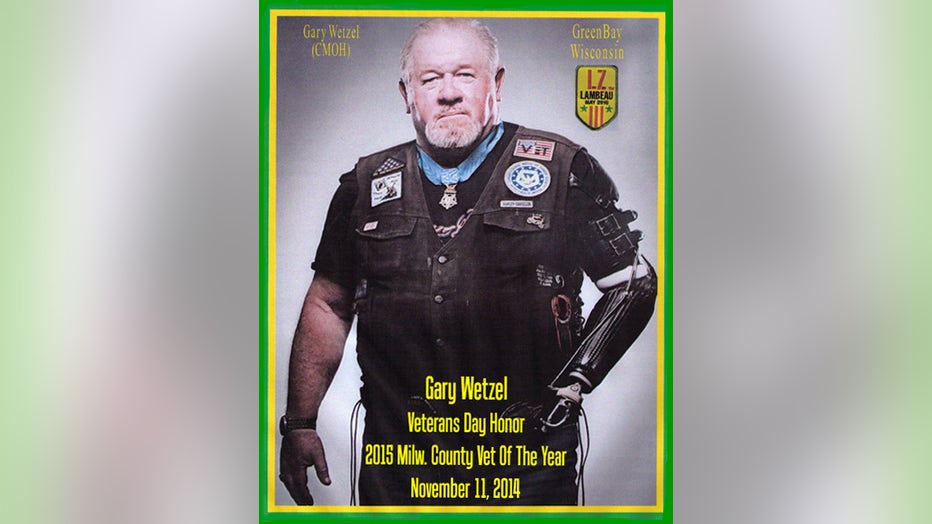 Gary Wetzel is a recipient of the Medal of Honor -- the highest honor a soldier can receive.

Wetzel joined the Army at age 18.

By 1968, he was a Private First Class serving as a door gunner in the 173rd Assault Helicopter Company.

Wetzel received the Medal of Honor for his actions in Vietnam. His helicopter was shot down, and Wetzel came under heavy enemy fire.

Severely wounded by an explosion which nearly severed his left arm, he continued to man his machine gun and help other injured soldiers. Wetzel survived his wounds, although his left arm had to be amputated.

For decades, Wetzel has worked to help soldiers and their families, and he his spoken about post-traumatic stress disorder. He serves on the fundraising board for the Fisher House.

The Milwaukee VA’s Fisher House will be located just northwest of Lake Wheeler and be within walking distance of the medical center. The 13,000-square-foot facility is expected to open in the summer of 2015 and will offer 16 suites, all professionally furnished and decorated.