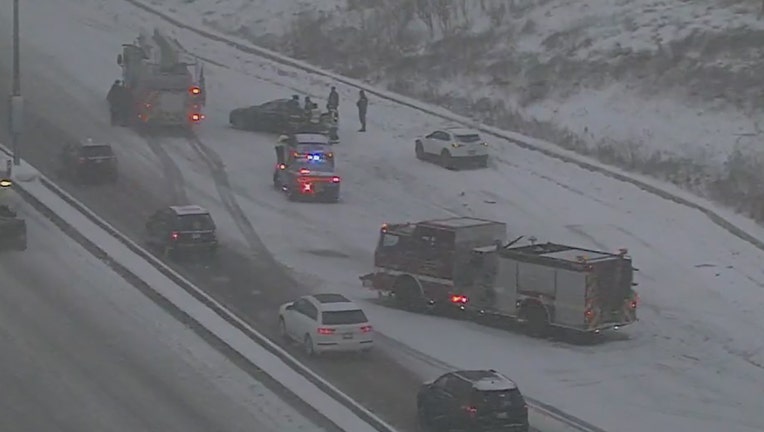 Crash on I-94 westbound near 35th Street in Milwaukee

MILWAUKEE - The Milwaukee County Sheriff's Office (MCSO) responded to 52 calls due to road conditions during a 10-hour period on New Year's Day.

According to a tweet from MCSO, the calls came in between 2 p.m. and midnight on Friday, Jan. 1.

Twenty-three of those calls were for property damage crashes and two others were for personal injury crashes.

The sheriff's office reminds drivers to reduce speed to match road conditions and wear a seatbelt.