SUPERIOR — The mayors of the Lake Superior twin port cities near last week's oil refinery explosion and fire are calling on its owners to stop using a toxic chemical compound at the site.

Husky Energy in Superior is one of about 50 refineries in the country that still uses hydrogen fluoride to process high-octane gasoline, according to a 2013 report from the United Steelworkers Union. The refinery explosion last Thursday injured at least 13 people, caused the evacuation of nearby homes and sent billowing plumes of black smoke into the air.

Hydrogen fluoride is a highly corrosive chemical that can produce toxic vapor clouds. The substance can eat into tissues such as the skin, the eyes and the respiratory tract, according to the National Institute for Occupational Safety and Health. Exposure above safe workplace levels could be fatal.

Superior Mayor Jim Paine and Mayor Emily Larson of the adjacent city of Duluth, Minnesota, have asked Husky Energy to use a safer alternative to the chemical. 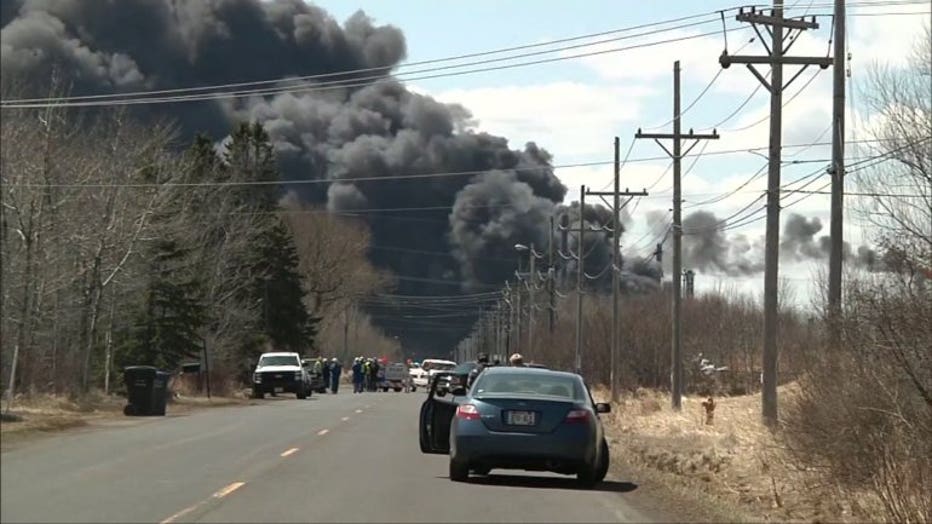 "There are other means to enable refining, and Husky has the capacity to choose new systems that maintain product integrity while protecting the health of their workers and decreasing risk to the families and loved ones in the Twin Ports," Larson said.

Officials are exploring different options for the refinery's configuration and may consider removing hydrogen fluoride from the plant's operations, said Kollin Schade, the refinery's manager. 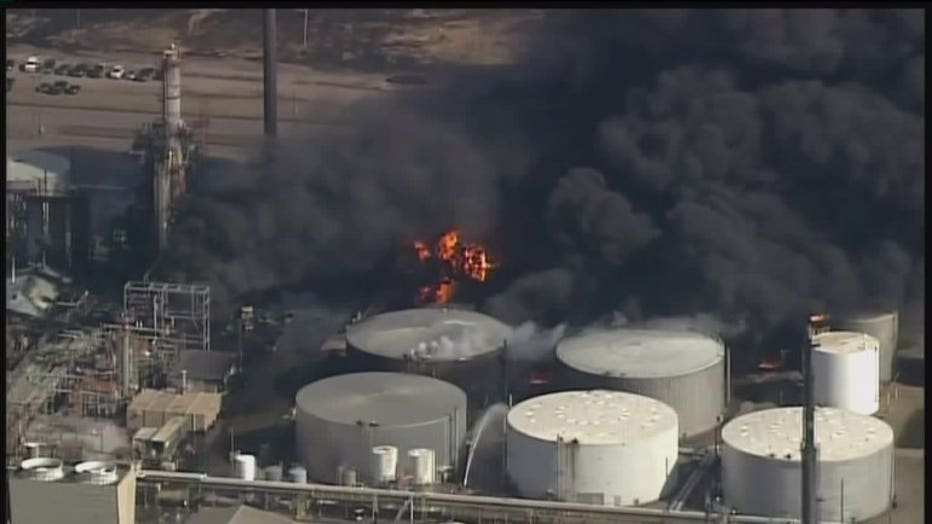 The tank containing hydrogen fluoride was not damaged by the explosion or fire and none of the chemical leaked, company officials said.

The company is cooperating with government investigations and has launched its own internal investigation, said Rob Peabody, CEO of Husky.