MILWAUKEE -- More than "76,000 riders hopped on board during the streetcar's first full month of operations" in December 2018, Milwaukee Mayor Tom Barrett's office announced  in a news release on Tuesday, Jan. 15.

According to a news release from Barrett's office, the 76,044 total rides during the month of December represents an average daily ridership of 2,453, up from the 2,297 daily average in November. The December growth was fueled in part by increases in early week ridership, with average Monday ridership jumping from 1,357 in November to 1,789 in December, and average Tuesday ridership increasing from 1,622 to 1,952 month over month (excluding holidays). 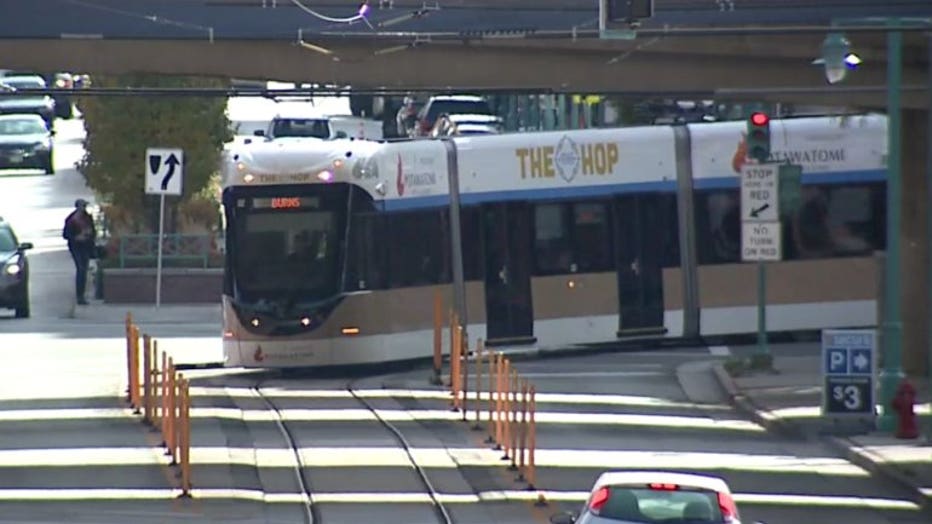 Below is a breakdown of The Hop’s ridership in 2018, according to the release: 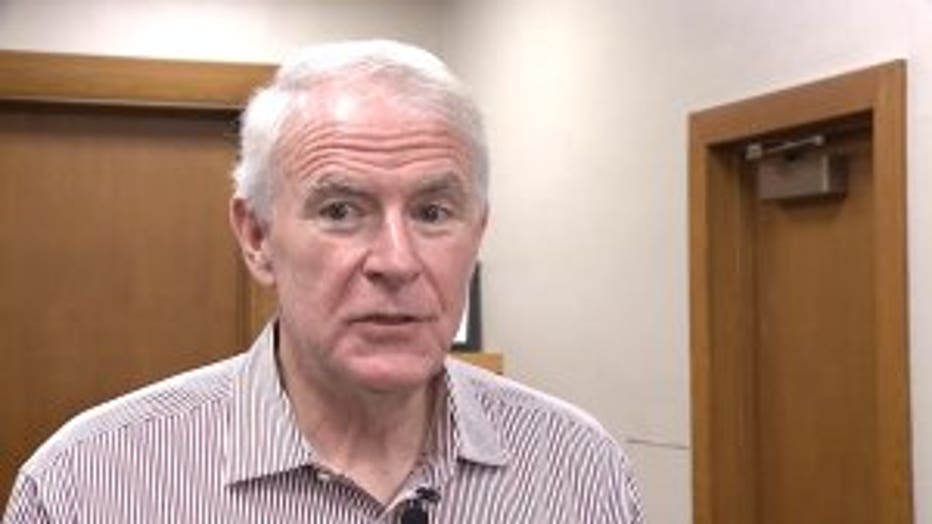 “Our ridership numbers show that the city is embracing this new asset, and that people are riding for a wide variety of reasons,” Mayor Tom Barrett said. “We’ve seen some fantastic crowds on weekends as the streetcar attracts business and activity downtown, and we’re also seeing an uptick during the week as more and more riders utilize the system to connect with their jobs, residences and other destinations. The early returns on The Hop have been very encouraging, and we look forward to seeing continued ridership in the year ahead.” 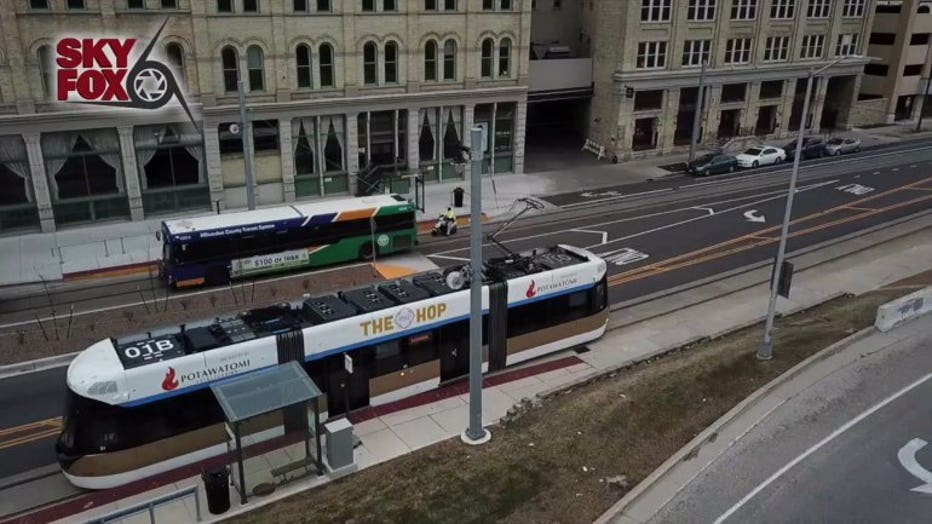 Curiosity drove Greendale resident John Kordsmeier to park his car and get on The Hop.

"I'm doing some errands downtown, and the places I want to go are along the route," said Kordsmeier. "I thought it'd be the perfect time to try." 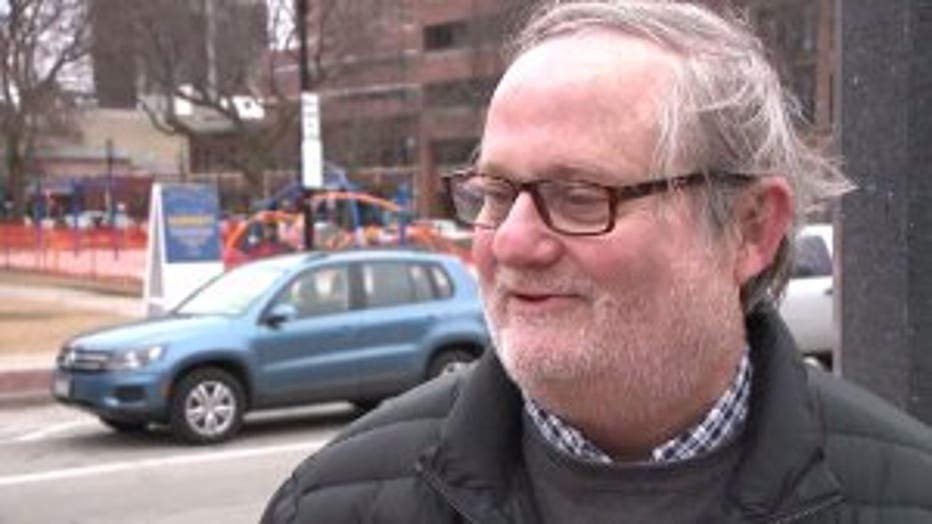 According to the mayor, close to 2,400 people on average ride The Hop every day.

"Our ridership through November and December continue to outpace our prediction," said Mayor Barrett.

The mayor said he expects ridership to dip when the temperature drops, but said the novelty of Milwaukee's streetcar will keep numbers strong.

A majority of people take The Hop on the weekend, but weekday commuter numbers are growing.

"It was just easier to start right here outside my school and take it to the Intermodal Station," said Shravanthi Maniscalco, an MSOE student who regularly rides the Hop. 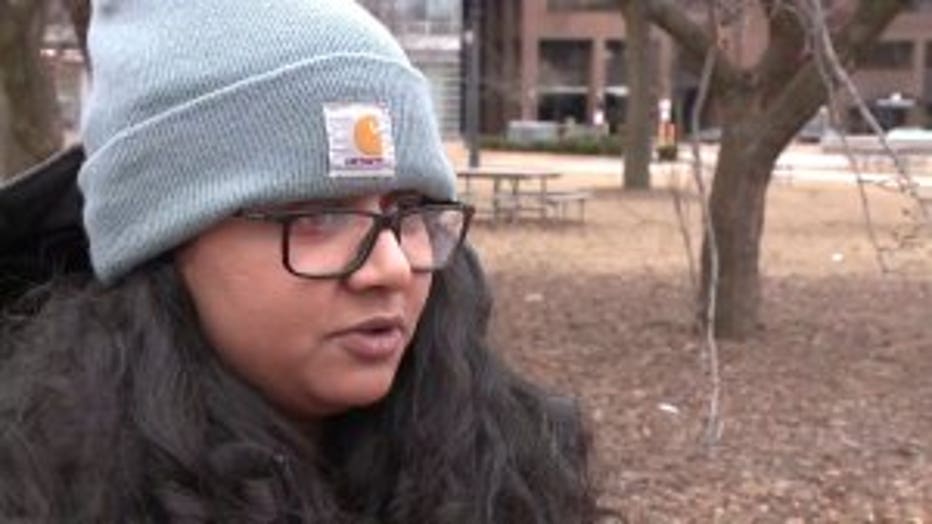 Riders like the convenience -- and the $0 price tag. Potawatomi Hotel & Casino is picking up the tab for the first year. The only complaint is that the route doesn't go to enough places -- but the mayor said that's about to change. The city plans to expand the route to the lakefront sometime next year, and even further in the future.

"We want to expand north into Bronzeville. We want to expand it south towards Greenfield," said Mayor Barrett. "I think you'll see more and more people relying on it for a daily ride as well."

Mayor Barrett said free rides could last past the one-year mark. He said he's not ready to make an announcement yet -- but it's possible.

To learn more about The Hop, including schedules and tips for safely sharing our city’s roadways, CLICK HERE. 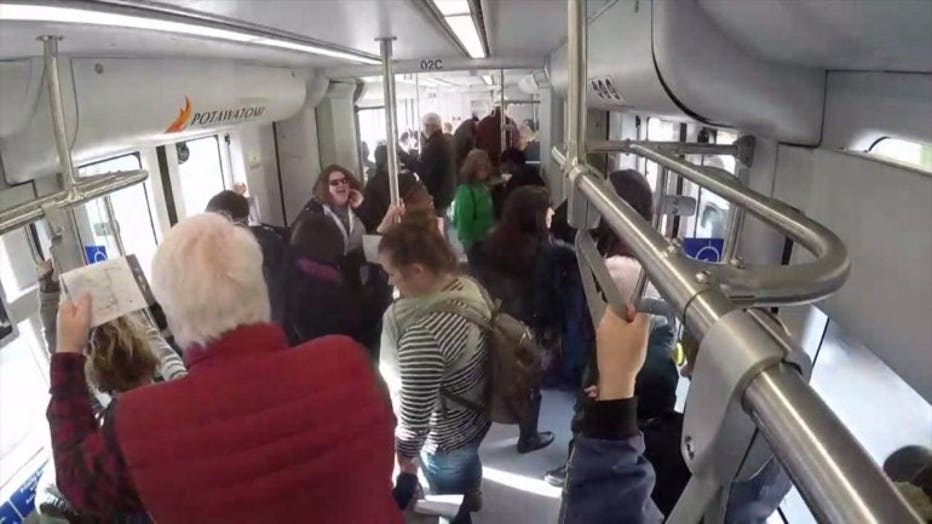