CALIFORNIA (WITI) — A California woman made the ultimate sacrifice for her unborn daughter when she refused life-saving bone cancer treatment while pregnant.

Ashley Bridges was 10 weeks pregnant when she was diagnosed with bone cancer. Doctors recommended she immediately start chemotherapy, but the treatment would have required Bridges to terminate the pregnancy. 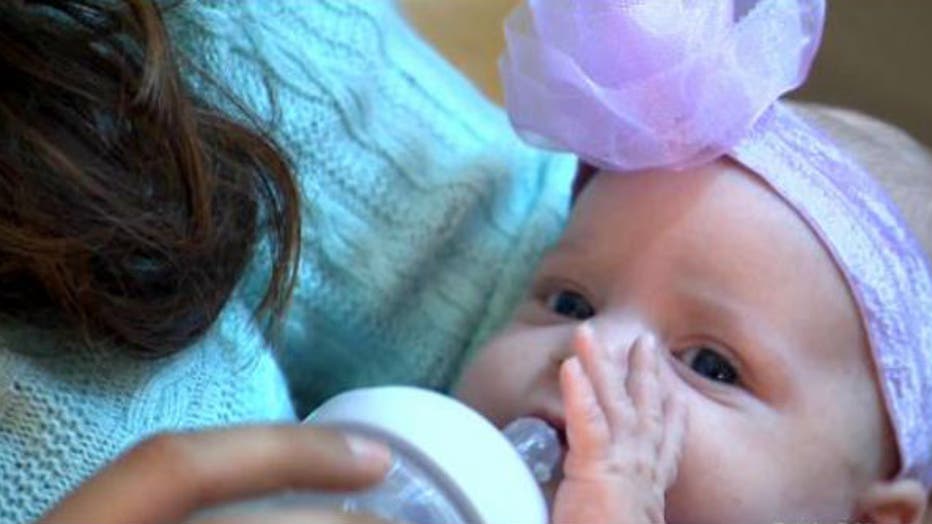 At eight months pregnant, doctors told Bridges she must deliver the baby, Paisley, immediately so she could begin receiving treatment.

Despite multiple rounds of chemotherapy, she was told she only has a year to live.

“The thought that I’m not going to see her grow up is really hard,” Bridges said.

Friends and family have helped Bridges care for Paisley during the day. Bridges’ fiance, who is in the military, takes the night shift.

Despite the reality of the situation, Bridges said she has no regrets.

“Maybe I’m not supposed to be here and she is,” Bridges said, referring to Paisley.

Friends and family have set up a GiveForward page for Bridges’ family. Here’s the latest update from Bridges:

“Just got the call from my doctor about my recent scans … Im crying im so happy , it hasn’t spread to my legs like we thought and the ones in my head haven’t grown and the one that was causing me to blind seems completely gone .The ones in my hips and lower spine have grown so little there really isn’t a difference !!!! Thank GOD”

CLICK HERE for more on this story via CBS Los Angeles.