ARLINGTON, Mass. - A young Massachusetts girl was recently attacked by a rabid raccoon, according to local health officials in the Bay State. 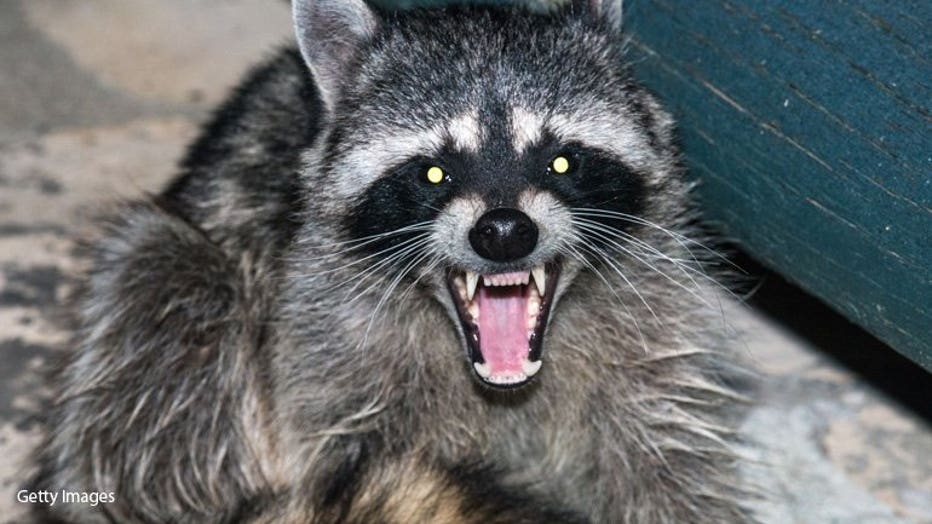 Authorities in Arlington arrived at the girl’s home last Wednesday following a call that a young child had been bitten by an animal. When they arrived, the girl “was being placed into an ambulance and given medical care by members of the Arlington Fire Department with the child's mother,” per a Saturday news release from the City of Arlington.

Authorities investigated the scene and determined the girl, who is 2 years old, according to NBC Boston, was attacked by a “large raccoon” while she was in the backyard of her home. The child’s mother was able to stop the attack and chase the animal away before calling 911, per the news release. The child sustained bites and scratches from the animal. She was taken to Massachusetts General Hospital and is expected to recover.

Initially, authorities were unable to locate the animal but found it later that same day. The raccoon they found was “acting lethargic” and is believed to be the one that attacked the child, officials said.

The animal was then euthanized and subsequently tested for rabies, with officials from the Massachusetts Department of Public Health (DPH) later telling those with the Arlington Department of Health and Human Services that the animal was positive for the virus.

The girl’s father told NBC Boston that his daughter suffered bites and scratches to her face, arms and hands. He noted that his daughter was treated for rabies before tests confirmed the animal was positive, a decision that was made out of an abundance of caution as rabies can be deadly if left untreated.

Rabies is a preventable viral disease of mammals most often transmitted to humans through the bite of a rabid animal. According to the Centers for Disease Control and Prevention (CDC), the majority of cases reportedly occur in animals such as raccoons, skunks, bats and foxes. The virus attacks the central nervous system, which leads to brain disease and death.

Early symptoms include fever, headache, weakness and discomfort, before progressing to insomnia, anxiety, confusion and possible paralysis. The disease can also cause hallucinations, agitation, hypersalivation, difficulty swallowing and fear of water.

According to the CDC, death typically occurs within days of the onset of severe symptoms. The virus is preventable in humans through prompt treatment.

"Rabies can turn wild animals extremely aggressive toward humans and pets," said Health and Human Services Christine Bongiorno, in a statement. "It is always important to be sure to never approach or feed wild animals. Keeping your trash covered and not leaving pet food outside of your house can be helpful ways to prevent attracting unwanted wild animals into our neighborhoods."

To reduce your risk of rabies, the CDC advises vaccinating family pets against rabies, maintaining control of pets to reduce wildlife exposure, spaying or neutering animals to decrease the number of strays, and also reporting any stray or ill animals to animal control.

Fewer insurers cover raccoon damage; it could cost you thousands