According to the Chicago Sun-Times, a mask adorning one of the iconic lion statues near the Michigan Avenue entrance to the Art Institute disappeared about 24 hours after it was applied. 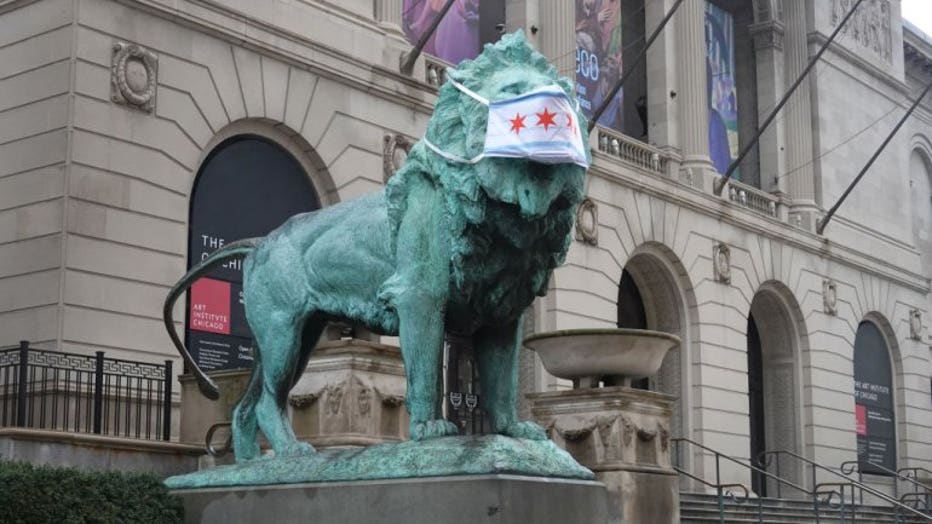 CHICAGO, ILLINOIS - APRIL 30: A lion sculpture in front of the Art Institute wears a mask with a depiction of the Chicago flag on April 30, 2020 in Chicago, Illinois. On May 1, the state of Illinois will begin requiring everyone to wear a face mask i

Good news for the lion, though. By Friday afternoon, it got a new mask like the one the other lion nearby is wearing. But to make it tougher for thieves to steal them, the new mask and the one on the other lion are are now held on with cables that are a lot tougher to cut.

Police are investigating the theft and are looking for two men whom a security guard saw get out of a black Chevrolet, climb onto one of the statutes and cut the mask from the lion's head.

The large-scale masks were installed early Thursday to remind people to follow a statewide mandate that started Friday requiring people to wear masks in public places during the coronavirus crisis. The Picasso statue in nearby Daley Plaza is also wearing one.

The lions are used to wearing head gear. They sported Cubs caps in 2016 when the team won the World Series and Bears helmets twice before the team's two trips to the Super Bowl.