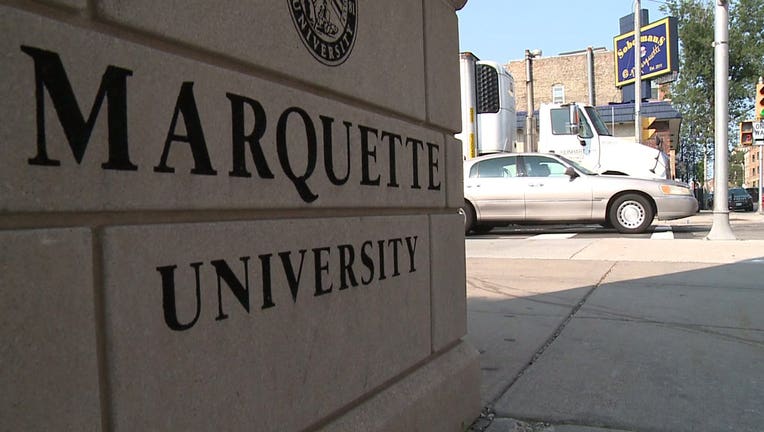 MILWAUKEE - Marquette University President Michael Lovell on Thursday, April 8 that the university has publicly launched a $750 million fundraising campaign called "Time to Rise: The Marquette Promise to Be The Difference."

The fundraising effort is aimed at advancing the university’s mission and pillars of excellence, leadership, faith and service.

According to a news release, the campaign is the most ambitious in Marquette’s 140-year-history and has been privately gaining momentum since its start in July 2016.

Since then, the university has raised $453 million, securing 60% of its overall goal.

"We are incredibly inspired by the growing support from our Marquette community and the way they have risen to every occasion to invest in Marquette today and help to secure our future," Lovell said. "We have persevered through challenging times, and we have a firm foundation to build upon, thanks in large part to the generous contributions of our community."

In February 2021, Lovell announced four major gifts, including a $31 million gift to the College of Nursing. The university also broke ground last month on its new home for Marquette Business and innovation leadership programs -- the largest fully funded donor project in Marquette history.

For more information on "Time to Rise: The Marquette Promise to Be The Difference," visit the campaign website at TimeToRise.marquette.edu.

Wisconsin's public school&nbsp;headcounts dropped 23,000 students from September 2019 and September 2020. Are some of them missing school?