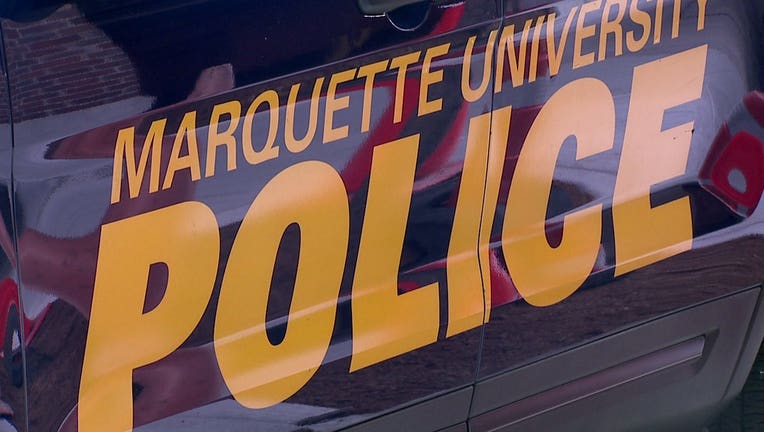 MILWAUKEE - A 19-year-old Marquette University student was the victim of an armed robbery near campus Thursday, Oct. 14.

According to Marquette police, a silver Kia Soul with Rhode Island license plates approached the student while he was walking. A suspect got out of the car, displayed a weapon and demanded property around 5:15 p.m.

The victim gave the suspect his iPhone, police said. The suspect then got back in the car and fled north on 18th Street. The student did not report any injuries.

There were two other people in the suspect's car, which had license plate number FJ7G1.

It is the second armed robbery near the campus in as many days. Two students were robbed near 18th and Wisconsin on Wednesday; the suspects took the victims' car.

The Marquette University Police Department is investigating an armed robbery that happened Wednesday, Oct. 13 near 18th Street and Wisconsin Avenue.

Milwaukee police said a 13-year-old boy has been arrested as the suspect in a robbery and sexual assault of an elderly woman. Police arrested him after spotting him behind the wheel of a car near the area where the crime took place.