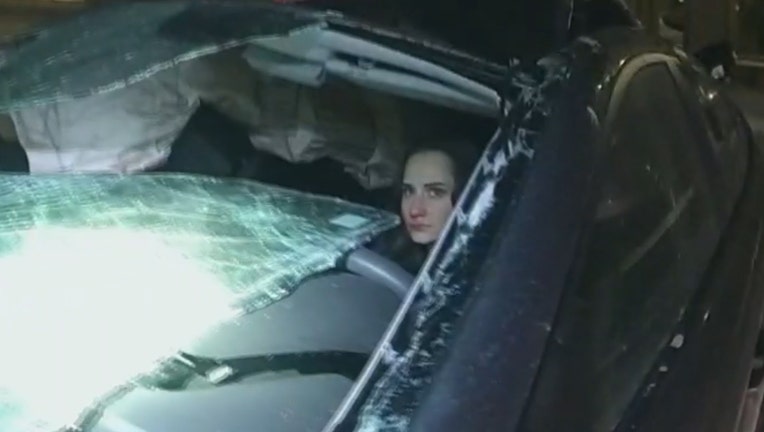 MILWAUKEE - Kelce Gold of Milwaukee pleaded no contest on Monday, Sept. 20 to a charge of operating with a prohibited alcohol concentration – after driving off a ramp in the Marquette Interchange in February. Two other charges against Gold were dismissed including OWI (1st) and failure to keep vehicle under control.

With the no contest plea, the court found Gold guilty and ordered that her driving privileges be revoked for six months.

When Milwaukee County Sheriff's Deputies arrived to the site of the early morning Valentine's Day crash, even they were unsure how the driver, sitting calmly in her mangled vehicle, managed to get there. 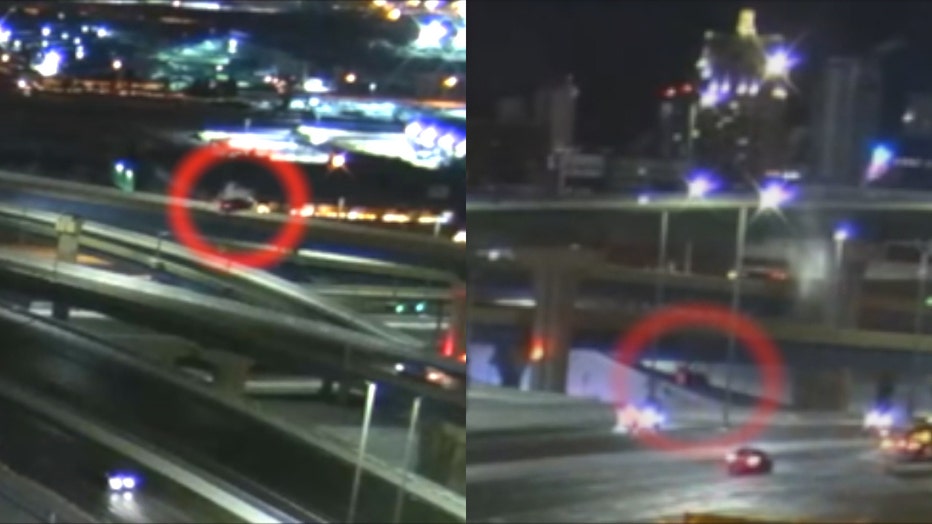 According to a crash investigation report, Gold told deputies she had come from a Milwaukee bar and "drove drunk." She was heading to her boyfriend's home in Wauwatosa when the report states she lost control on the south-to-west ramp around 2:30 a.m. She struck the right wall, crossed two lanes of traffic and struck the left well before going up over it.

"That means she was flying," a deputy is heard saying on body camera video.

The vehicle fell upside down, struck the north-to-east ramp below and continued to spin – somehow landing upright in a vacant area underneath the Marquette Interchange.

Gold was sitting in her car for about an hour and a half until a passerby called 911 and reported the accident. Gold hadn't called 911. Instead, she called her boyfriend who could not locate her because she landed in a vacant area under the interchange.

Gold was taken to the hospital and treated for minor injuries.

The Wisconsin Department of Transportation alerted motorists on Monday, Sept. 20 of an upcoming long-term lane closure on northbound I-43 beginning just north of Capitol Drive in Milwaukee County.

A Milwaukee businesswoman is sick and tired of the reckless driving she witnesses in her community; that recklessness -- landing in her front yard. She's now without a vehicle after a reckless driver crashed into her parked car and ran away.