Mark Jensen maintains he's innocent and that his wife killed herself. Prosecutors say Jensen poisoned his wife with antifreeze, drugged her and smothered her, and his affair was the motive.

KENOSHA, Wis. - Months after Julie Jensen was found dead in her Pleasant Prairie home, Mark Jensen talked to police and denied that he was having an affair before his wife died. On Wednesday, Jan. 18, the jury saw portions of that four-hour interview with police.

Mark Jensen maintains he's innocent and that his wife killed herself. Prosecutors say Jensen poisoned his wife with antifreeze, drugged her and smothered her, and his affair was the motive.

"So you guys aren’t necessarily lovers but – and I'll be honest with you – I find that a little hard to believe," said then-Pleasant Prairie Police Detective Sgt. Paul Ratzburg, after confronting Jensen with emails recovered from his home computer between Mark Jensen and his boss's secretary in St. Louis.

"If you go and stay overnight in St. Louis with her – and you're dating her – I'm assuming she's single. I don't – I'm assuming that, or divorced or something like that. It would be hard to believe that you're seeing her as often as you said you were, and there isn't something a little bit more." 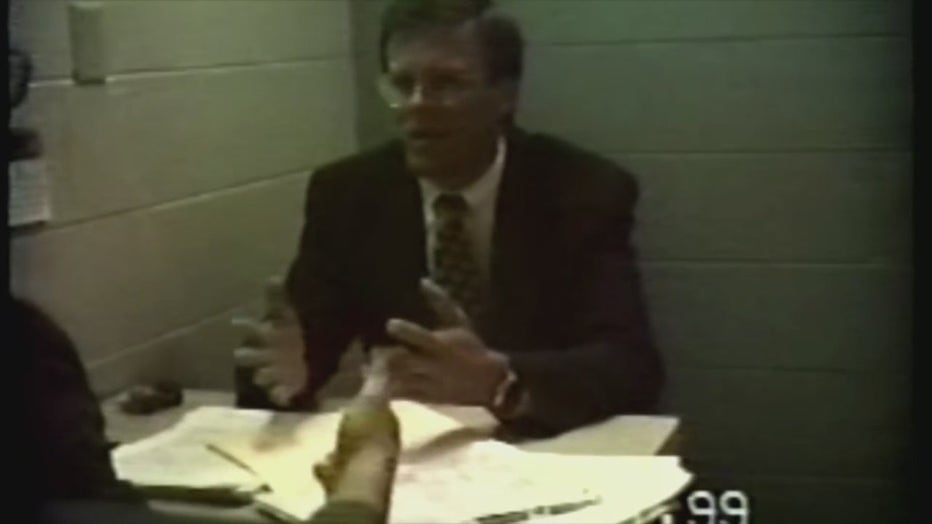 By the time of the police interviewed Mark Jensen – a little more than four months after his wife's death – Kelly Brooks had moved to Kenosha and was in a sexual relationship with him. But the relationship began as an affair that started months before Julie Jensen died. Brooks was engaged, at the time, and later married another man in Missouri. After Julie died, Brooks moved in with Mark Jensen and his sons.

"They seemed to be having a romantic affair and seemed to have a personal relationship," Ratzburg, who retired from the department in 2012, testified on the witness stand Wednesday. 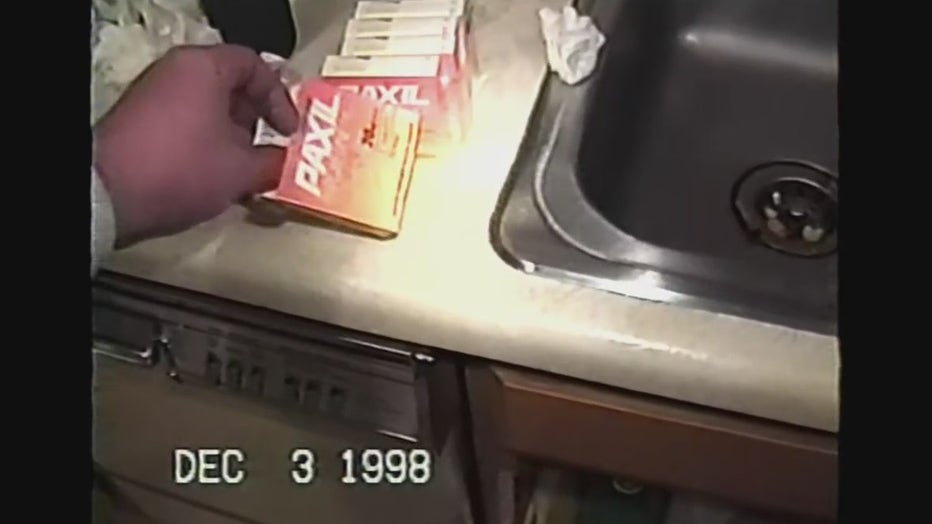 Ratzburg said the years-long investigation started on Dec. 3, 1998, when Julie Jensen was found dead. The jury watched police video of the Jensen home taken hours after Mark Jensen called police. One shot showed a box of Paxil – an anti-depressant – on the kitchen counter with two missing capsules.

Ratzburg and the department were suspicious going in.

"I had information previously, with Officer (Ron) Kosman and the photographs he was taking, Julie was concerned that she would be, that she was going to be killed – poisoned – and so I was looking at this openly," Ratzburg said, wanting to do a full death investigation at the Jensen home, pulling the sink traps and the trash.

Wednesday testimony began with a recorded jailhouse phone from Mark Jensen to Kelly Brooks, his then-wife, in September 2007.

"So I just want to have some fun, sell the book, sell the movie, move to Colorado or wherever we decide to live. That's going to be the question. Where do we want to live?" Mark Jensen asked Brooks in the recorded jail phone call.

"What is that about?" asked Carli McNeill, the Kenosha County deputy district attorney.

"He talked about selling the rights to the situation he’s in with this case and making money off it," said Brooks.

Brooks and Jensen got married in 2004 and had a kid months later, but it wasn't smooth sailing. 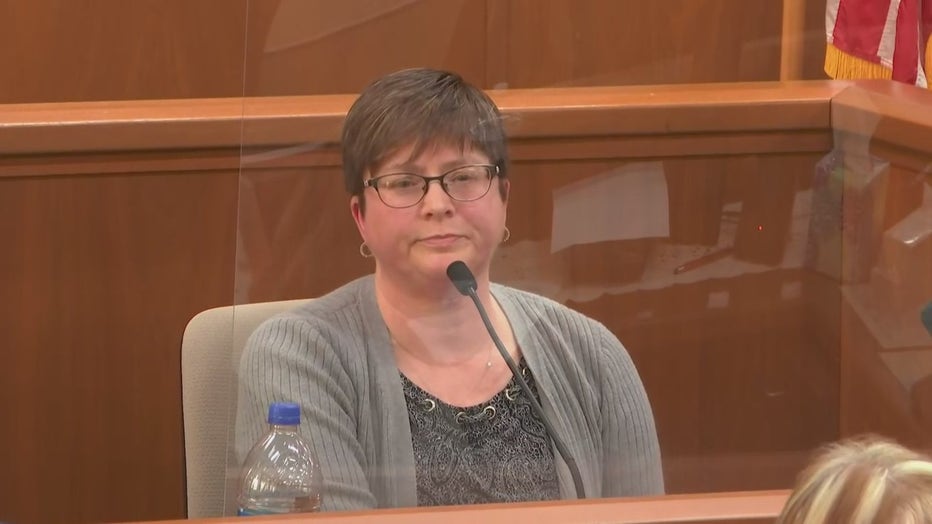 "We would get into pretty good fights, and I would be at work when we would start. On messaging is when he would ask the questions, and I would balk and them and not want to answer them, and we'd get into it, and it would even last for days. I'd go home, and we'd fight about it, and eventually, I'd just cave and give the information," said Brooks.

Brooks testified that Mark Jensen would ask about her former sexual partners, the size of their genitalia, and he took notes.

"You didn’t know he was taking these notes," said McNeill.

She filed for divorce from Mark Jensen a year after he was convicted of killing Julie in 2008.

A new trial was ordered after a piece of evidence was later ruled inadmissible – a letter Julie Jensen wrote incriminating Mark Jensen in the event something should happen to her.

Wednesday was Brooks' second day of testimony. On Tuesday afternoon, she spent much of her time on the witness stand deciphering dozens of pages of work emails sent between her and Mark Jensen in the months and weeks before Julie Jensen died, detailing when their relationship began, when it turned sexual, their plans for a future together and Mark Jensen's interest in her previous sexual partners and the size of their genitalia. 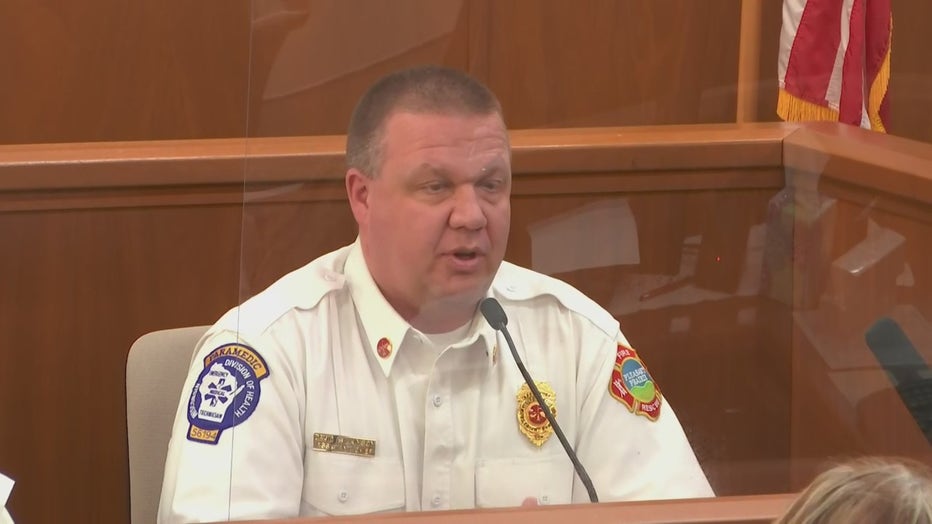 After Brooks finished her testimony Wednesday, the jury heard from Pleasant Prairie Assistant Fire Chief Dave Wilkinson, who was an EMT at the time and the first to arrive at the Jensen home on Dec. 3, 1998.

More than a month has been set aside for the trial. However, on Tuesday, both the prosecution and defense said the trial was moving more quickly than anticipated. The state expects it could rest its case by the middle of next week.