MILWAUKEE (WITI) -- A Milwaukee County judge sentenced Marcos Colin to 19 years in prison, plus another 14 years of extended supervision for his role in the death of five-year-old Jayden Banda Goodman.

Colin was initially charged with child neglect resulting in death.  As part of a plea deal early April, he pleaded guilty to lesser charges of second-degree reckless homicide and neglecting a child.

Colin's girlfriend, Alyssa Banda (Jayden's mother), is also accused in this case. She pleaded guilty to a charge of neglecting a child in April. She will be sentenced on May 31st.

An autopsy determined Jayden Banda-Goodman died as a result of blunt force trauma.  The Medical Examiner determined Jayden suffered from a severe blood infection that resulted from stool leaking out from a “perforated intestine.” According to the Medical Examiner’s report, Jayden Banda-Goodman also sustained “an injury to the femoral artery.” The origin of that injury was not determined.

Alyssa Banda told investigators that on October 16, 2012, she noticed a bruise on her son’s left cheek. The following day, she discovered bruises all over the boy’s torso. She told detectives she asked Colin, who was home alone with the child both days, how the boy got the bruises. Colin said he was jabbing the boy with boxing gloves to “toughen him up.” 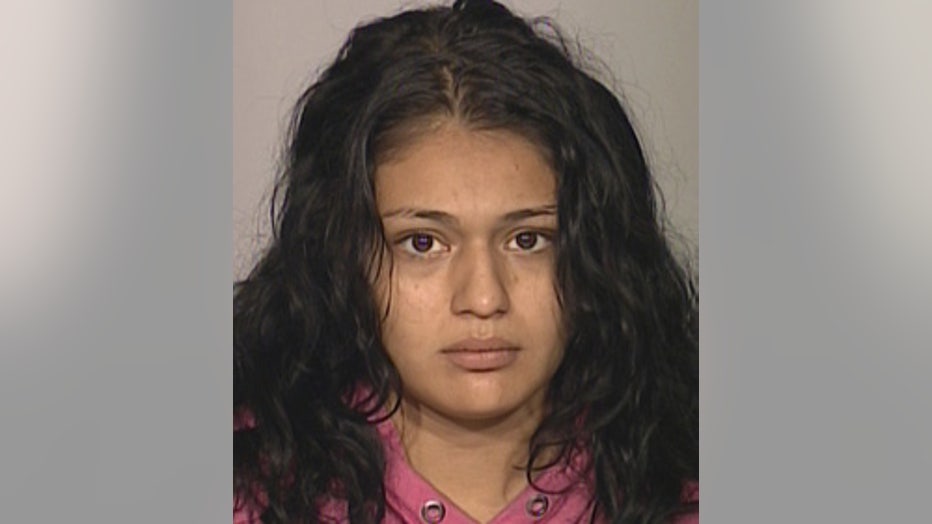 On October 19th, Alyssa Banda told police Jayden Banda-Goodman went to pick up socks off the floor when he sat down next to the couch and “did not look right.”

When Colin and Alyssa Banda took Jayden to St. Francis Hospital, Colin did not want to go into the hospital. The complaint indicates “he was scared.”

"He turned into a monster and he's the only one that could answer that," said Jayden's aunt Ashaunte Hannah in court Tuesday.

The complaint indicates before going into the hospital, Colin apparently did a Google search on his phone regarding concussions and asked about the condition of Jayden’s pupils and whether or not his legs were cold.

At his sentencing Tuesday, Colin apologized to the court.

"My stupidity and the way I was, I was under the influence.  I hate that I did this.  I'm extremely ashamed of myself," said Colin.

"You literally beat him to death.  You beat that child to death and the child didn't have the ability to defend himself," replied Judge Jeffrey Wagner, who handed down the 19 year prison sentence.

The boy's family, however, is not satisfied with the sentence.

Relatives says Jayden never got a second change, but Colin will as he'll be 45-years-old when he gets out of prison.