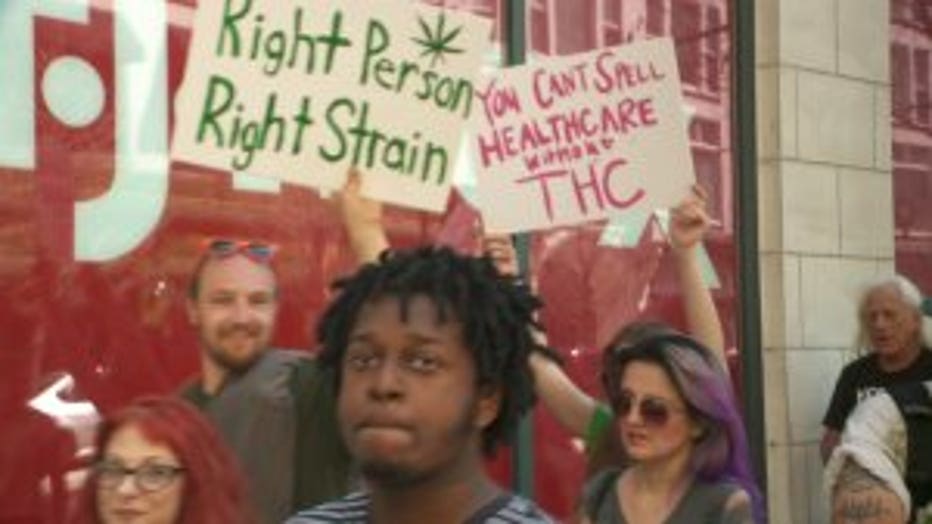 MILWAUKEE -- Hundreds gathered downtown Saturday, May 5 for the eighth annual march to legalize cannabis in Wisconsin. Organizers and participants of the demonstration say, it was all about spreading awareness of the benefits of legalizing cannabis ahead of the 2018 midterm elections.

Marching, chanting and cheering, advocates for the legalization of cannabis say they want lawmakers to see Wisconsin is ready to join the nearly 40 other states that have allowed residents to use the drug either for medical or recreational purposes. 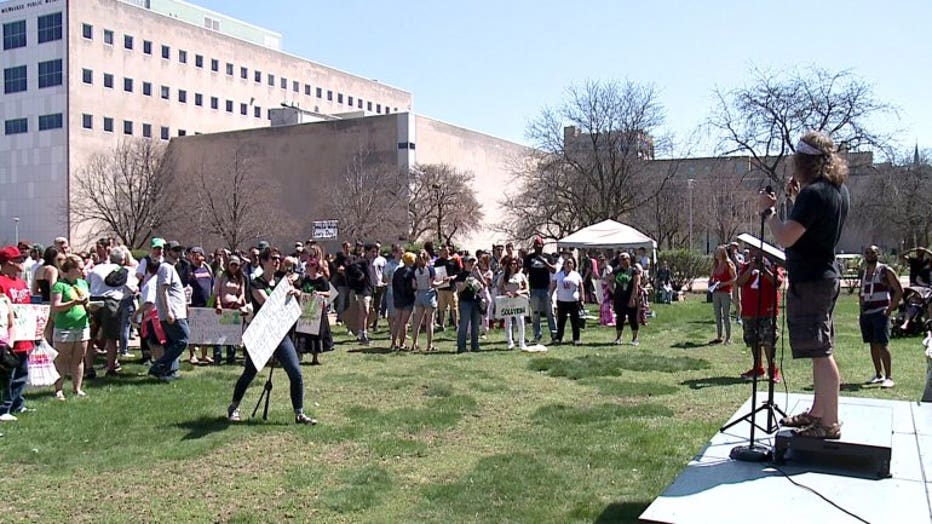 Event organizer Eric Marsch says, the laws could change as soon as 2019 depending on who is elected governor -- inviting candidates to speak to the crowd Saturday about their plans on the topic. 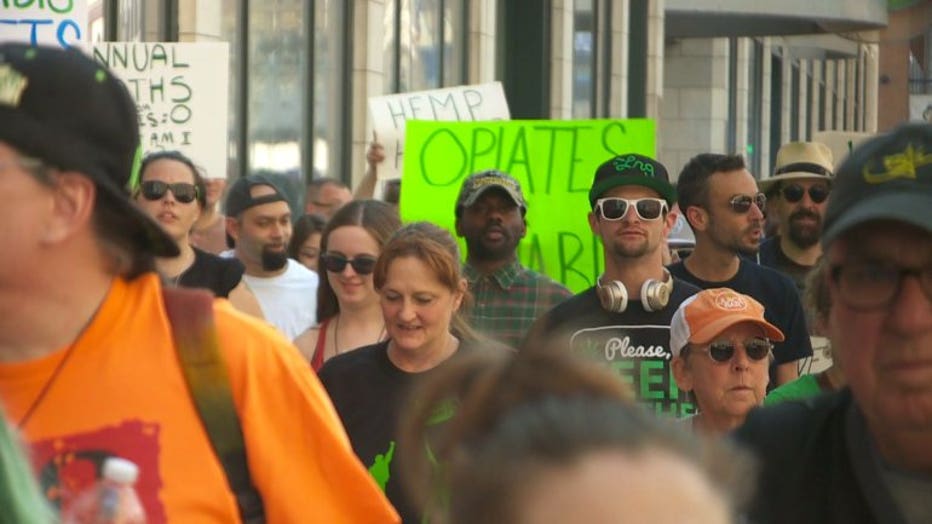 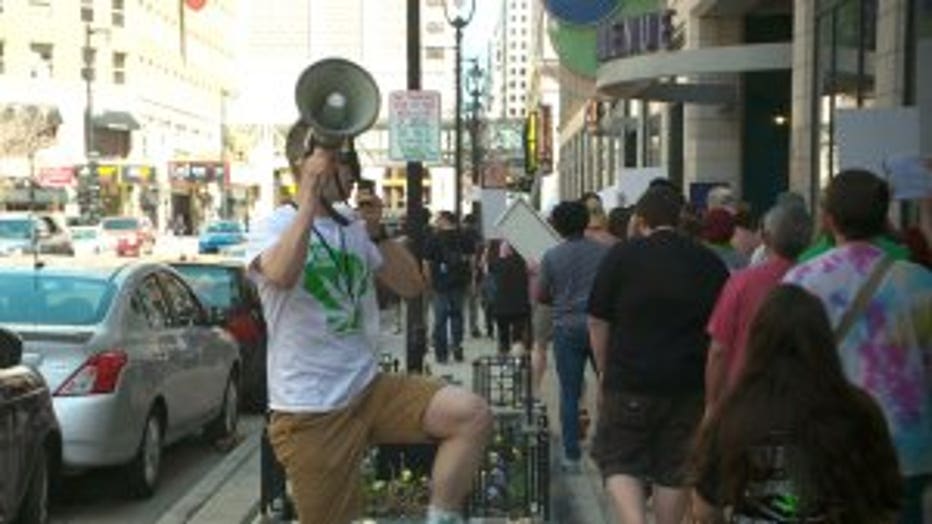 "We will create $200 million in new annual revenue and I'm going to use that to give students a head start," said Mike Crute, Democrat.

"Helping it to grow our agricultural economy, our small businesses, and making Wisconsin a destination state for generation X and millennials like me that are leaving in droves," said Kelda Roys, Democrat.

"I will pardon everybody in the jail prison system in Wisconsin for non-violent drug convictions," said Matt Flynn, Democrat.

"They want to be law-abiding citizens but they also have chronic pain to manage. They desperately want to be able to access legal cannabis for medical purposes. And instead they're stuck with bags full of opioid prescriptions," said Mike McCabe, Democrat. "We are literally spending more to lock people away than to unlock human potential." 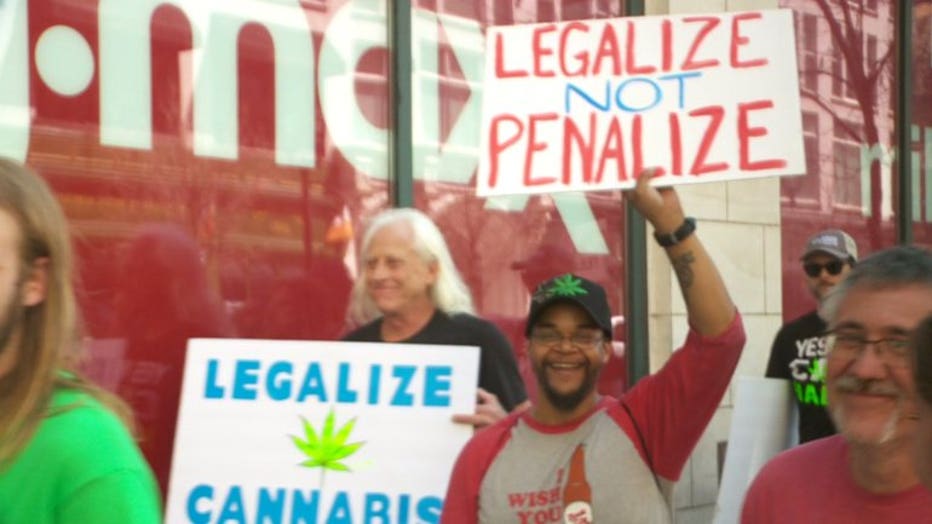 Meanwhile, in a statement to FOX6, Wisconsin Attorney General Brad Schimel says, the state should not legalize marijuana.

"The marijuana being sold on the streets today is more potent than ever and its impairing effects are unpredictable and long lasting. Marijuana remains a "gateway drug" according to the CDC... one in six teens who use marijuana will become addicted," Schimel said. 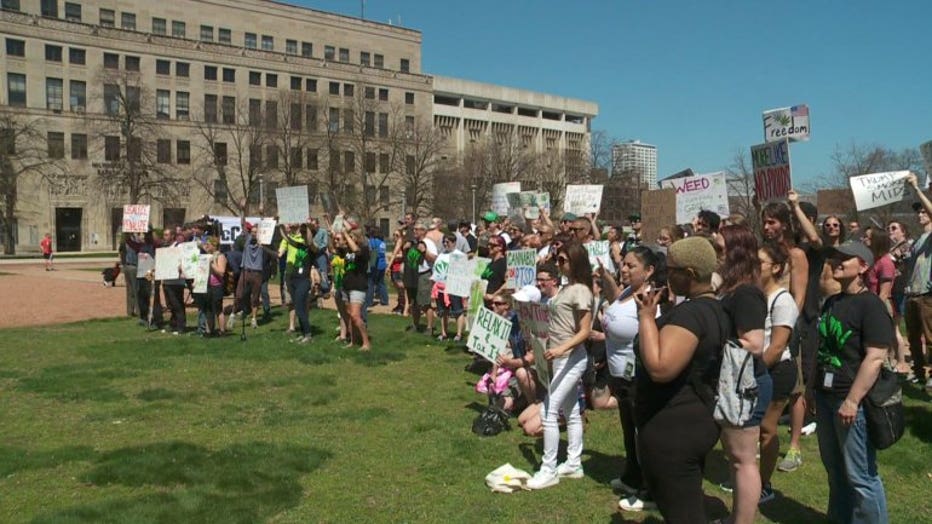 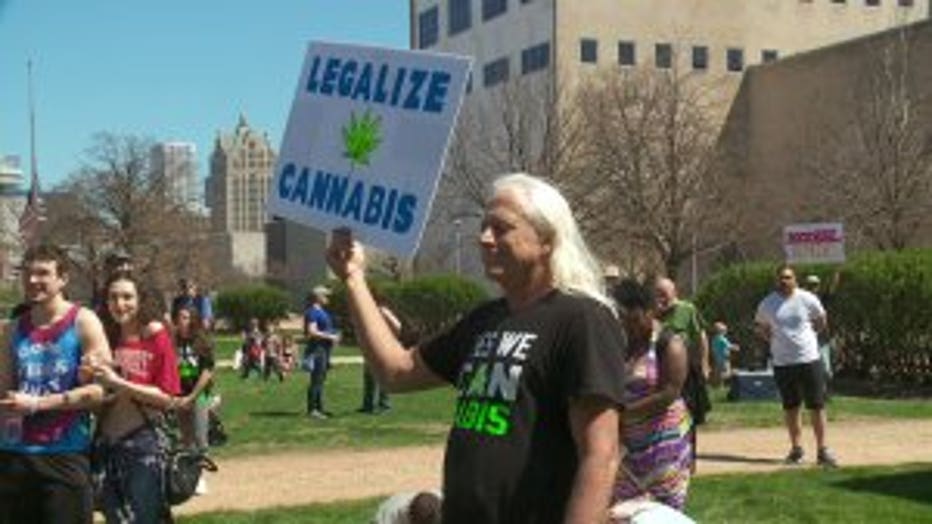 "This all comes down to voting and who's in office. So if you don't vote, we'll never get there," said Marsch.

A Milwaukee County supervisor is also pushing for an advisory referendum on the November ballot. If approved by the board, it would ask voters: Do you favor allowing adults 21 and over to use marijuana for personal use? As well as: Favor taxing and regulating commercial marijuana-related activities?

This doesn't mean marijuana could then be legalized in the county, it just gauges residents' stance on the issue.