MILWAUKEE - Above-average temperatures have made January 2023 feel more like March – and there is no end in sight.

The average temperature for March is around 34°F. So far in southeast Wisconsin, we've been 35.1°F in January. 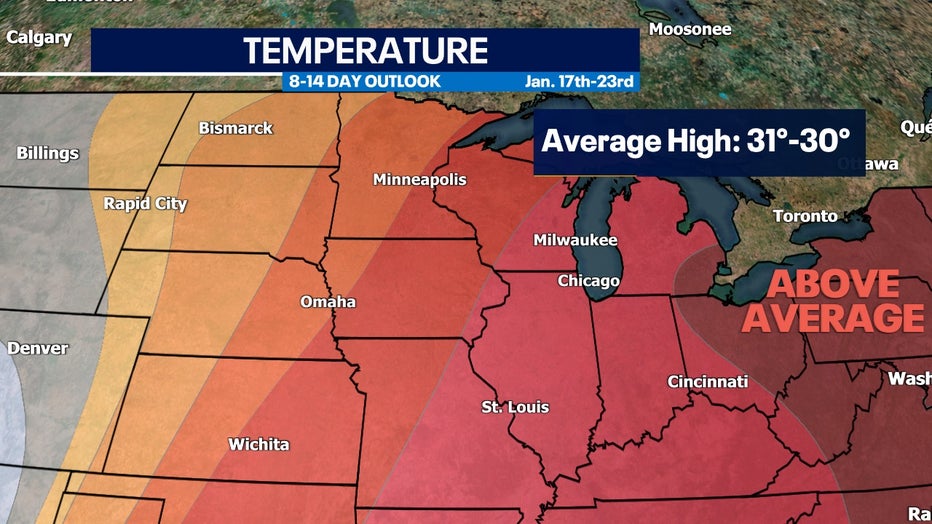 Even though the final week of January when we typically enter our coldest period of the year we're favored to be well above average. Usually, during that time average highs reach 30°F. But at this current pace, we will likely be well above that through the end of the month.

It's not just Milwaukee that's enjoyed warmer-than-average January temperatures so far. Most of the Midwest is snow free besides the Dakotas, Minnesota, and northern Wisconsin and because of that you can see where the cold spots are.

The lack of snow cover is a big reason our temperatures have easily gone above average this month. Fresh snow reflects most of the sunlight while bare ground absorbs that energy and heats up. 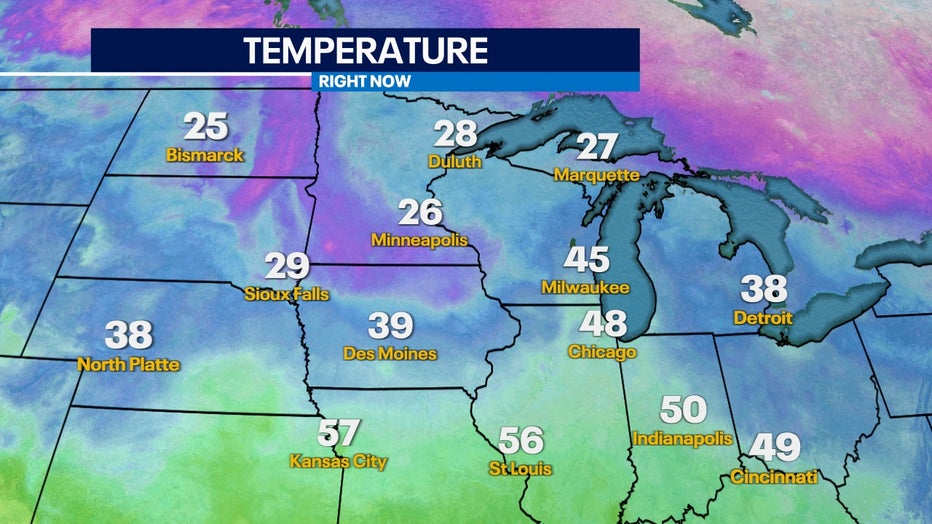 Ranking other Midwest Cities so far in January you can see we're not alone, but we are ahead of the curb when it comes to warmer-than-average conditions.

Milwaukee is having its fifth-warmest January on record in regard to average temperatures. Cleveland, Chicago, and St. Louis all are having top ten warmest Januarys. But Minneapolis, with all its snowfall, has stayed in the mid-20s. 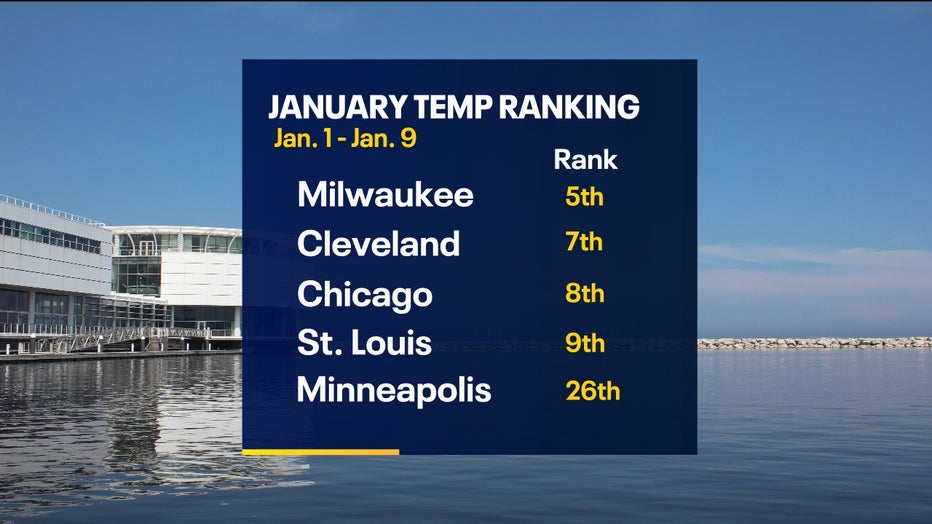