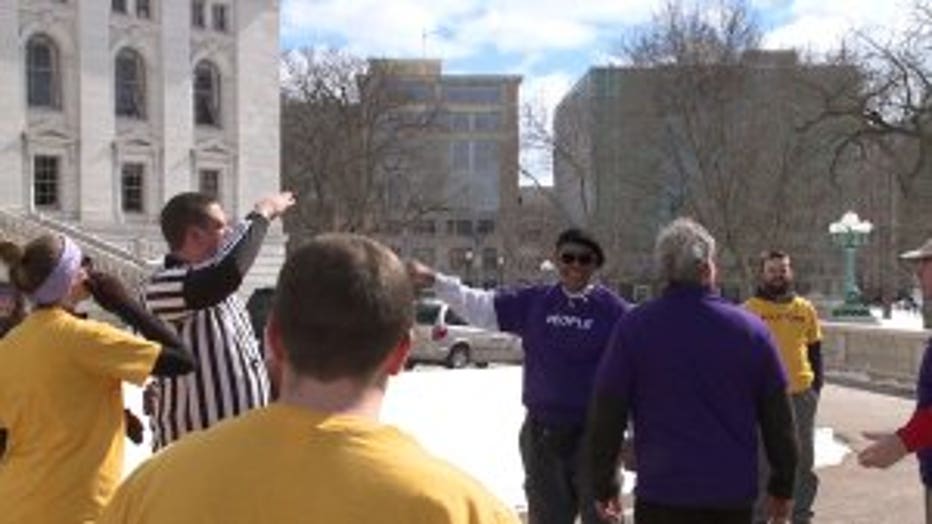 MADISON -- A group of liberal activists rigged a basketball game outside the state Capitol on Wednesday, March 7 to protest Wisconsin's legislative district maps, but supporters of the current system called a technical foul.

The game pitted a team of "politicians" against "the people." The politicians had two extra players, a shorter hoop, and the referee was on their side. Activists argue that Wisconsin's elections are just as skewed because of the maps drawn by Republicans in 2011. The case is before the U.S. Supreme Court.

"What you just saw here was a rigged game, which is just like the rigged system that we have here in Wisconsin," said Sachin Chheda of the Fair Elections Project. 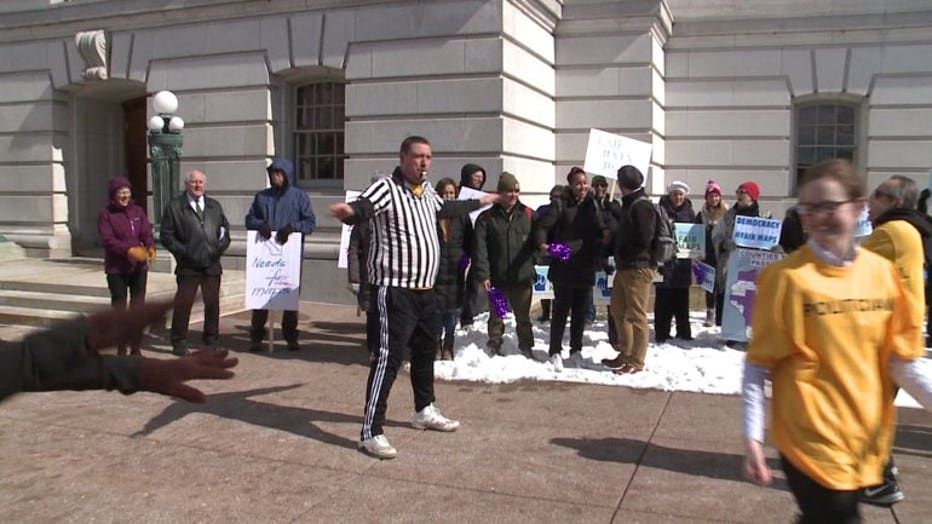 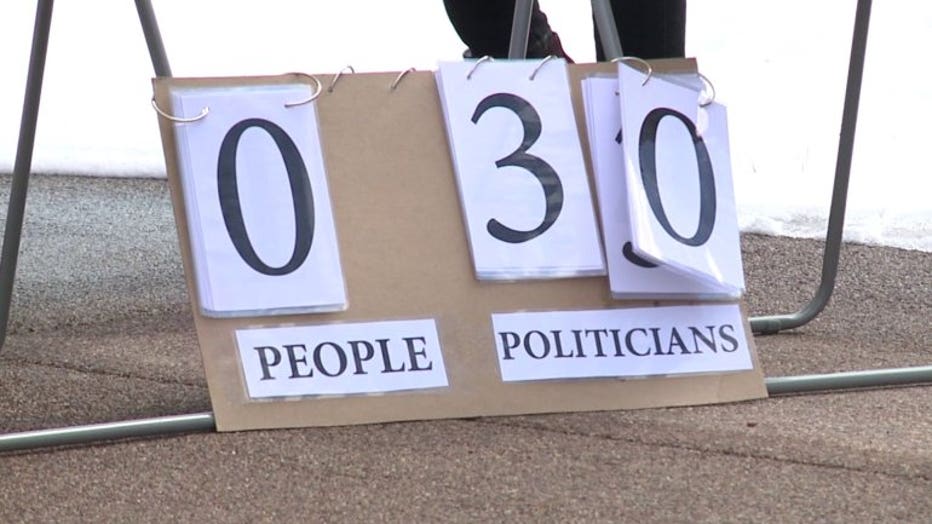 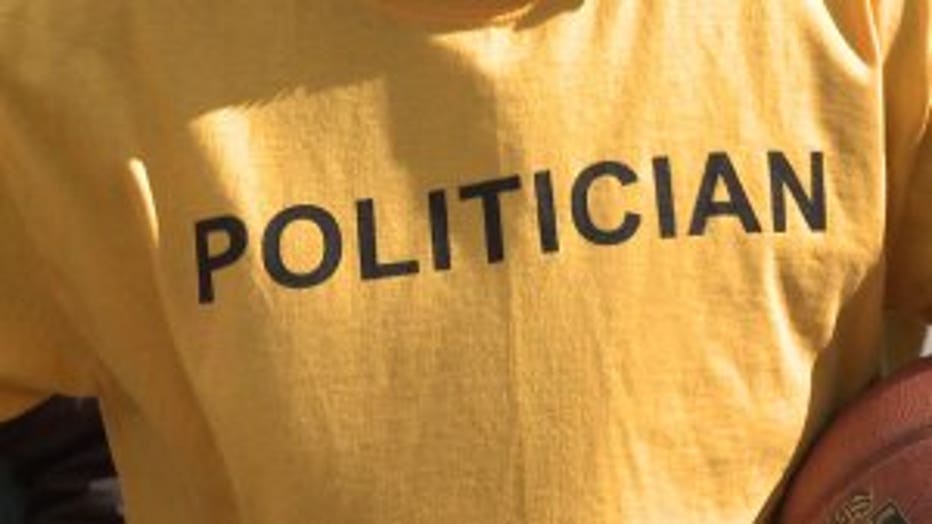 Democratic voters have argued to the Supreme Court that the legislative district maps are unconstitutional because their votes are packed into blue districts, allowing other swing districts to become solidly Republicans.

Justices heard oral arguments last fall. A decision may not come until June.

The activists disagree with two election law professors who told Wisconsin Public Radio this week that the current maps will likely stay in place for this year's elections regardless of whether the plaintiffs win the case. 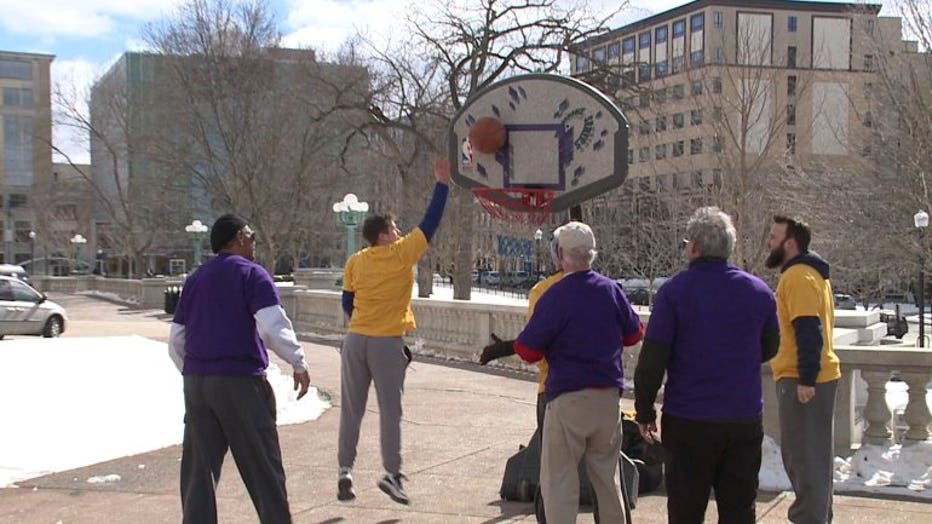 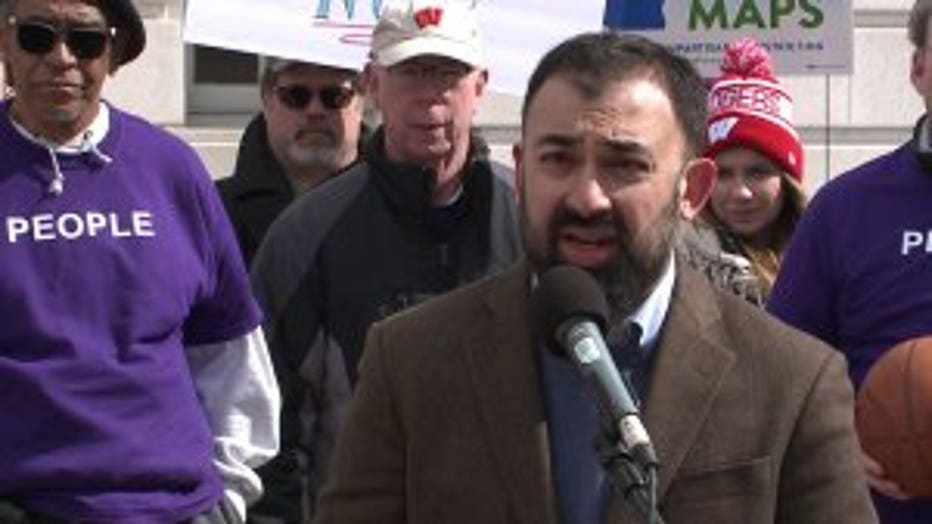 Supporters of the current maps rolled their eyes at the game.

"If WILawLiberty fields a team of the People - those who do not want judges drawing maps - and beat the Politicians, does that make the current system constitutional?" tweeted CJ Szafir, executive director for the conservative Wisconsin Institute for Law and Liberty, which filed an amicus brief supporting the state's position.

"We remain confident in the arguments the state advanced before the Supreme Court last fall," said Johnny Koremenos, a spokesman for Schimel. "The Wisconsin State Legislature followed traditional redistricting principles when creating the maps." 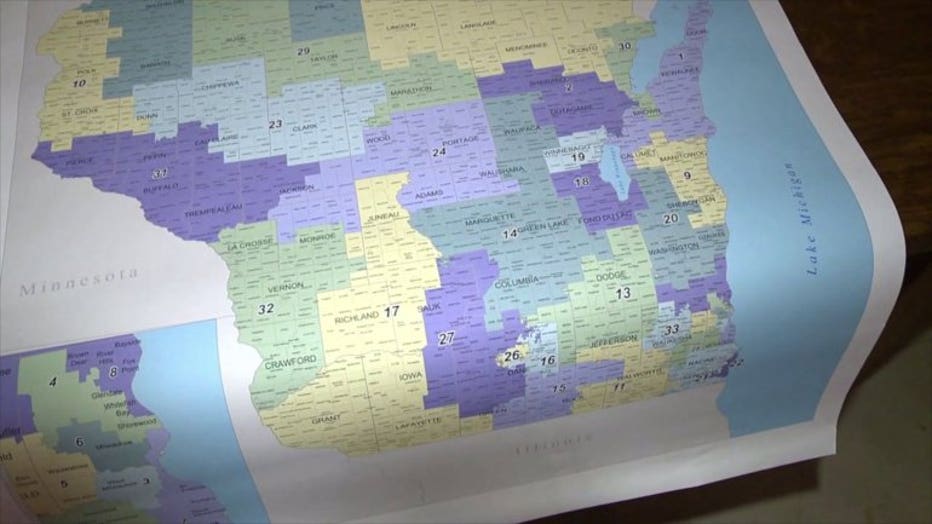 "The reason they won and they've added seats in the Legislature, are because common sense conservative reforms works," Walker said last fall when the case was going to the Supreme Court.

The activists say they stand with Republicans in Maryland, who are challenging congressional district maps drawn by Democrats in that state.

Legal observers expect both Wisconsin and Maryland's cases to be decided in the next few months. 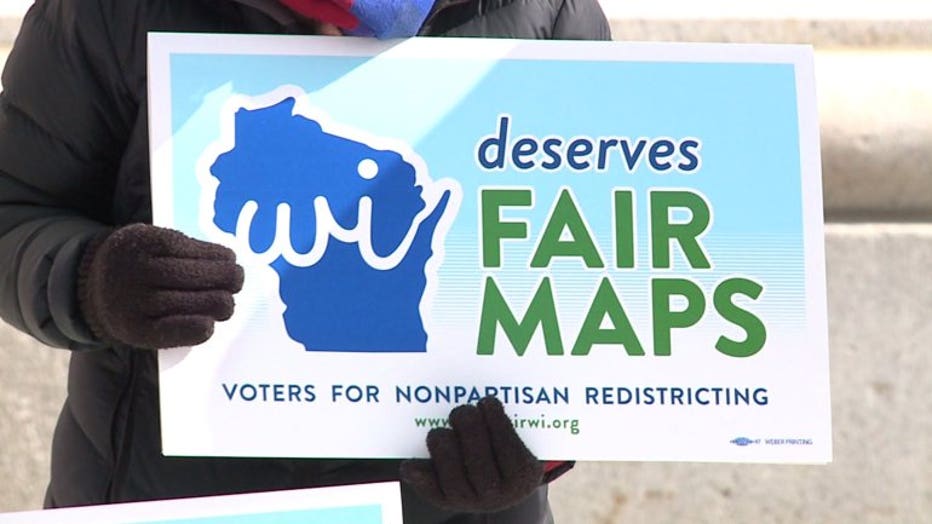