CAMDEN, N.J. -- It happens every day—someone going about his or her ordinary schedule has a seizure, gets looked over by a doctor, and hopefully lives to tell about it. 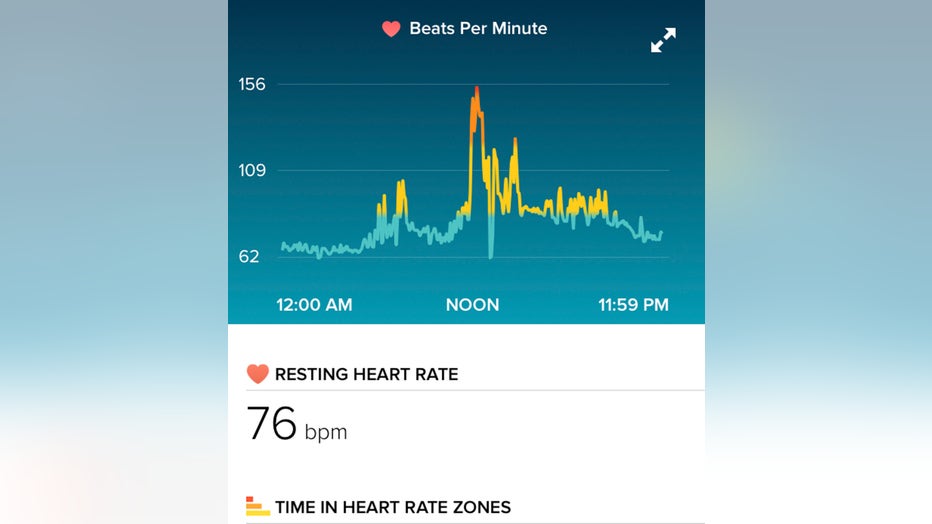 Only in the case of a 42-year-old man who went to the emergency room at Our Lady of Lourdes Medical Center in New Jersey immediately following a seizure, the data tracked on his Fitbit helped inform doctors of the appropriate course of action to take to save his life, those docs report in the journal Annals of Emergency Medicine.

It's the first time a fitness tracker has been used like this, reports Gizmodo.

The key question in this case was whether the irregularly high and erratic heartbeat (atrial fibrillation) he suffered three hours prior to the seizure—which they wouldn't have known about had it not been for the man's tracker—was chronic or episodic.

If chronic, resetting his heart rate via rhythm conversion, essentially shocking it back to normal, could dislodge a clot, cause a stroke, and possibly kill the man.

But the Fitbit revealed exactly when he had a spike in heart rate and that it was abnormal, and his tracker from that day even reveals (through the subsequent slowing of his heart rate) when the drug diltiazem was administered.

"Not all activity trackers measure heart rates, but this is the function of most value to medical providers," says one of the authors, per the Huffington Post, which notes that the devices aren't medical but may be used in this way more in the future as they become more reliable.

This article originally appeared on Newser: Man's Fitbit Helps Doctors Save His Life

More From Newser
2-Year-Old Found With Octopus Stuck in Throat
Hotel Staff, Guests Do Nothing as Woman Attacked
France Makes It Illegal to Buy Sex