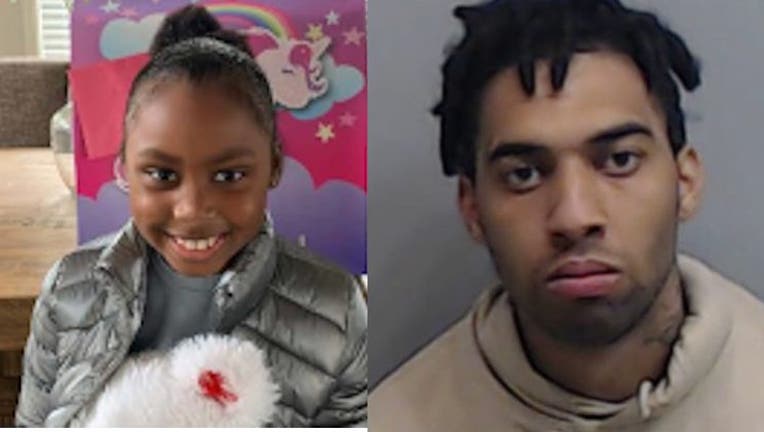 ATLANTA - Atlanta police announced Tuesday, Dec. 29 a suspect has been identified in the fatal shooting of a 7-year-old girl who was shot in the head while shopping with her family four days before Christmas.

The shooting happened on the evening of Dec. 21. Kennedy Maxie was sitting in the back of a relative's vehicle, police said. She was taken to the hospital in "extremely critical condition" for emergency surgery but succumbed to her injuries on Dec. 26.

Police and Crimestoppers initially announced a $10,000 reward for information leading to an arrest, but then increased the reward to $15,000 after Maxie's death, noting homicide investigators were "working around the clock using all necessary resources to get the facts and identify the suspects."

Investigators say Reed was involved in an argument in the parking lot of a nearby Saks Fifth Avenue store and left the parking lot in a vehicle following the argument. At this point, "in a senseless act of rage," police said," Reed fired from a window of the vehicle he was in, and one of the rounds went into the vehicle Maxie was seated in.

As of Tuesday afternoon, police were working to arrest him and asked anyone with information on his whereabouts to come forward, noting the $15,000 reward. Police believe Reed lives out-of-state, and are working with law enforcement partners, noting Reed is a convicted felon out of Virginia.