LONDON — Police in Manchester, England issued a picture of the arena suicide bomber holding a blue suitcase and asked anyone who might have seen him with it before the attack to call a confidential hotline.

Counter-terrorism squads are trying to re-create Salman Abedi's movements in the days before he detonated a bomb at an Ariana Grande concert in Manchester, killing 22 people. Police believe Abedi had the wheeled suitcase with him at two locations in Manchester. 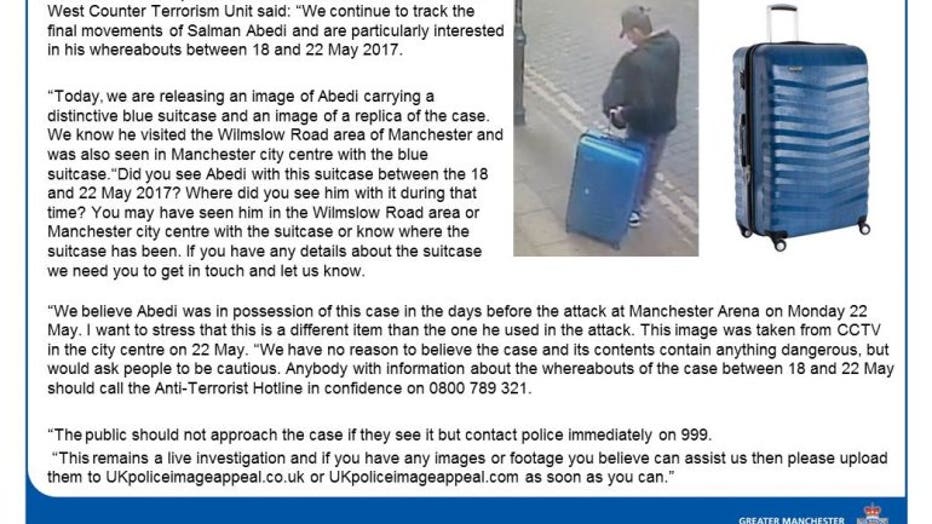 The suitcase was not used in the attack, which was carried out when Abedi detonated an improvised bomb minutes after the concert ended, Greater Manchester Police Detective Chief Superintendent Russ Jackson said.

Jackson tried to reassure nervous residents of Manchester that the bag does not pose a risk to public safety. But if any members of the public find it, they should not approach it, but call police immediately, he said. 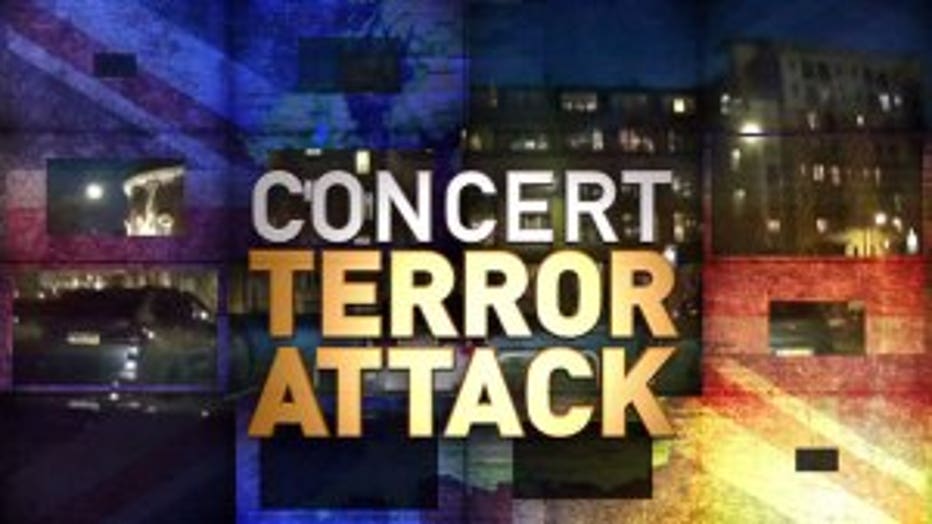 "We have no reason to believe the case and its contents contain anything dangerous, but would ask people to be cautious," Jackson said.

He said Abedi may have had the blue suitcase with him when he visited the Wilmslow Road area and the Manchester city center in the days before the blast.

"Did you see Abedi with this suitcase between the 18 and 22 May 2017? Where did you see him with it during that time?" Jackson said.

The bombing investigation expanded early Monday when police arrested a 23-year-old man on the south coast of England, hundreds of miles south of Manchester. 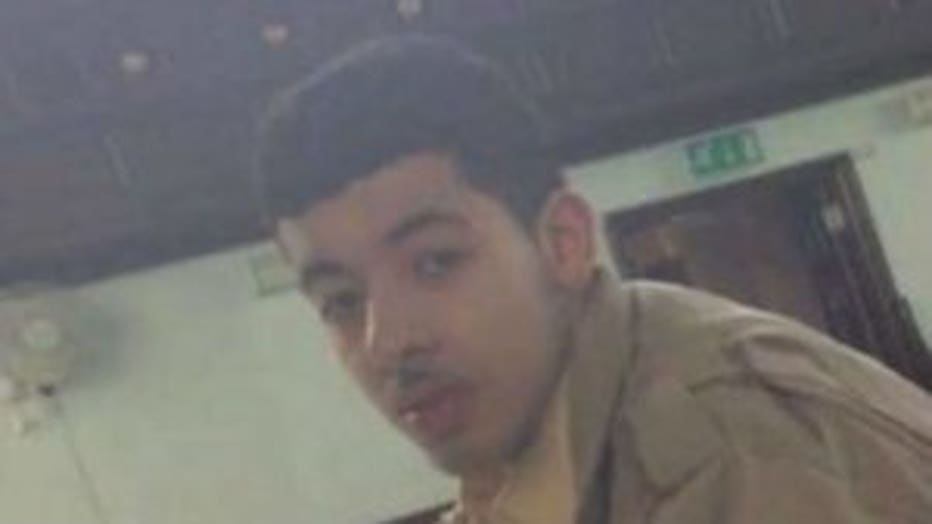 Police have named 22-year-old Salman Abedi, a British national of Libyan descent, as the man who carried out the deadliest terror attack to hit the UK in 12 years during an Ariana Grande concert in Manchester on May 20, 2017.Credit: Facebook

Greater Manchester Police said the man was arrested in Shoreham-by-Sea on suspicion of terrorism offenses and an address there was being searched.

The arrest means that 14 men are now in custody in Britain for suspected roles in Britain's worst attack in a decade.

The suspects have not been identified or charged. All are being held on suspicion of violating the Terrorism Act.

Police and security services have said very little about the network believed to be behind Abedi, a Manchester native whose parents had moved to Britain from Libya. Abedi's elder brother Ismail is among the suspects being held in Britain, and a younger brother and Abedi's father have been detained in Libya.

Britain's intelligence services have launched an inquiry into how warnings about the 22-year-old Abedi's radical views were handled amid indications that vital warning signs were missed.

Police are scouring 12,960 hours of closed circuit TV recordings in their search for clues, have collected more than 630 pieces of evidence and have searched 21 addresses.

Authorities say Abedi returned to Britain from Libya on May 18, and likely completed assembling his bomb at a rented apartment in central Manchester.

Britain's official terror threat level was set at "critical" in the days after the attack but was downgraded Saturday to "severe." The country remains on high alert, however, as officials caution that some suspects who helped Abedi may still be at large.