MILWAUKEE -- A man who was a Milwaukee police officer when he was accused of targeting underage girls for sex — once allegedly asking two teenagers if they wanted him as their personal cop was set to be sentenced Thursday, May 25th, but that did not happen.

46-year-old Sonthana Rajaphoumi was in court Thursday morning for his sentencing hearing, and it was learned Rajaphoumi has new counsel, and the defense motioned the court for a withdrawal of Rajaphoumi's guilty plea. 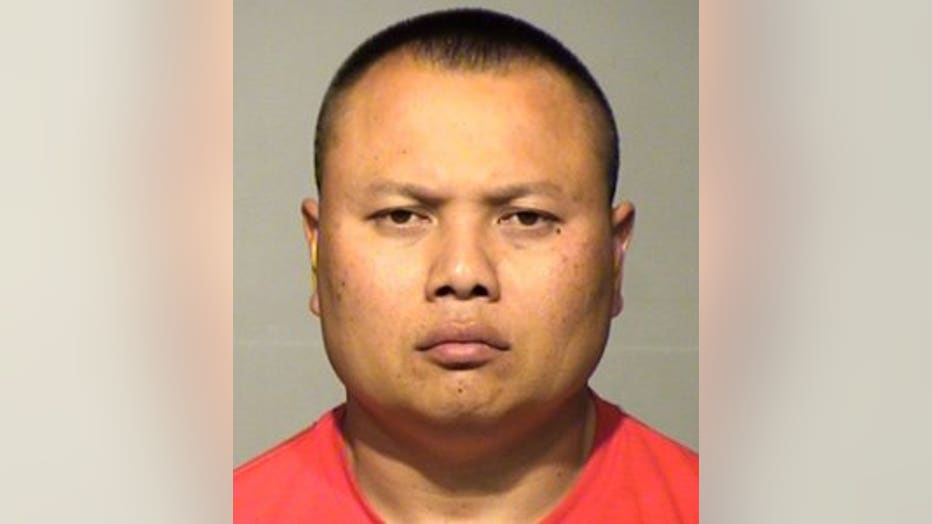 A status conference is set for July 10th, and a motion hearing has been scheduled for August 21st.

Rajaphoumi in November pleaded guilty to two charges -- two counts of causing mental harm to a child. A third charge was dismissed, but read into the court record.

Charges were filed in this case in May of 2016. By October, Milwaukee Police Chief Ed Flynn had submitted a letter to the Milwaukee Fire and Police Commission ordering that Rajaphoumi be discharged from the department for violation of department core values.

When charges were filed, Rajaphoumi was a Milwaukee police officer assigned to District 4. He stands accused of targeting underage girls for sex — once allegedly asking two teenagers if they wanted him as their personal cop.

According to the criminal complaint, Rajaphoumi had three encounters with a 15-year-old girl between October 2015 and January 2016.

Prosecutors say in October 2015, Rajaphoumi was in a marked squad car and approached two teenage girls skipping school and got their phone numbers.

According to the complaint, Rajaphoumi then asked her to pull up her shirt and let him see “what’s under there.” He then allegedly asked her to pull her pants down and suggested they go into the basement. At that time, the victim told Rajaphoumi to leave.The complaint indicates that on January 3rd, Rajaphoumi went to a home of one of the girls, and asked to speak with her mother, however her mother wasn’t there. During a conversation with the victim, Rajaphoumi allegedly said “show me some skin.”

Later, when police asked what she thought Rajaphoumi wanted to do, the girl told officers: “I don’t know. Strangle me or rape me.”

A review of the audio recordings maintained by the Milwaukee Police Department show on January 3rd, the dispatcher called Rajaphoumi’s squad number twice with no response from Rajaphoumi. On the third call from the dispatcher, Rajaphoumi replied.

Prosecutors say the girl recorded the conversation with her cell phone. She claims Rajaphoumi offered to give her $200 in exchange for sex. A 16-year-old victim claims in April, when she was being booked, she was approached by Rajaphoumi, who later allegedly showed up at her home. 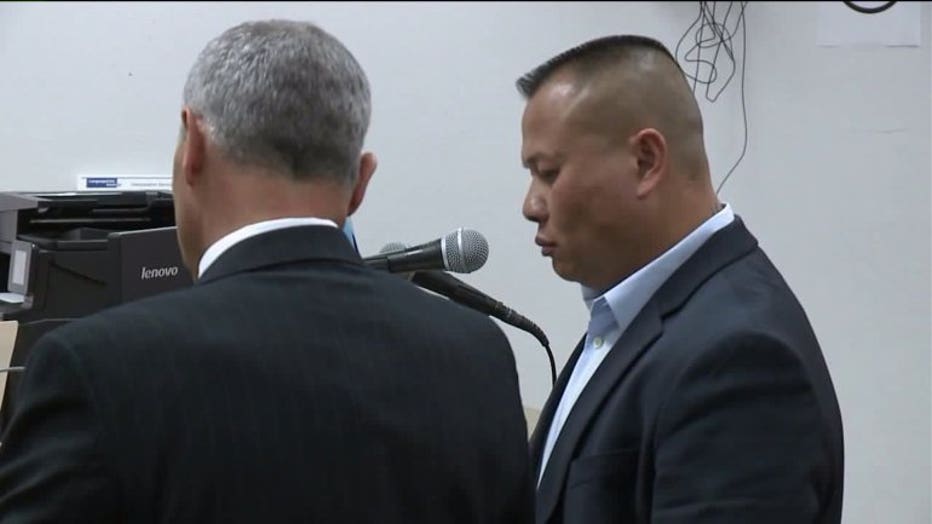