MILWAUKEE (WITI) -- Milwaukee County Sheriff's officials have arrested a 31-year-old man following a one-vehicle crash that occurred on Wednesday morning, November 19th on I-94 eastbound at 84th Street around 5:00 a.m. 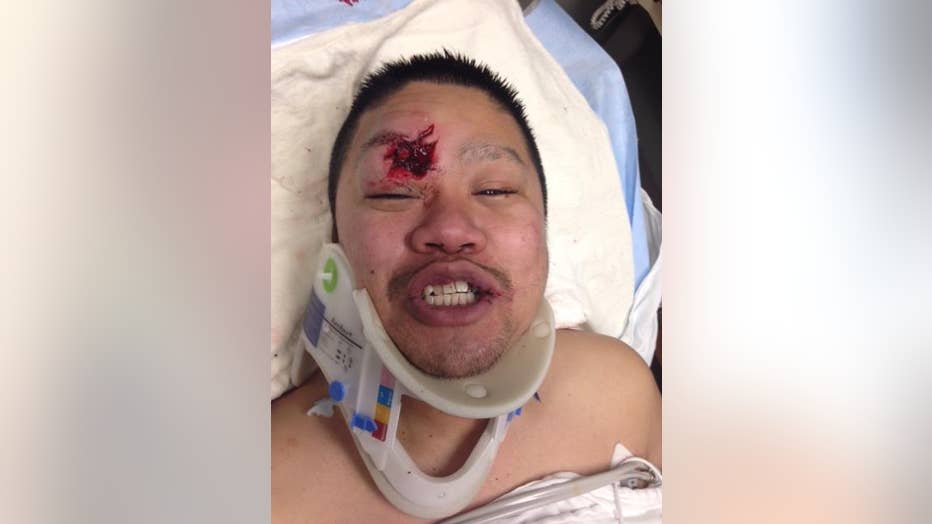 While responding to the crash, deputies received follow-up dispatch information that the car was stolen and the driver was fleeing the crash scene on foot. The vehicle involved in the crash was reported stolen to the Milwaukee Police Department just an hour before the crash.

Responding deputies located and apprehended the suspect in the area of the 8500 block of W. Adler Street, after he tried to get into the Pettit National Ice Center.  He was transported to the hospital for treatment.

The suspect suffered a serious, but non life-threatening head injury as a result of the crash.  In spite of his injuries, he was able to flee. Sheriff's officials say he attempted to stop moving vehicles to ask for a lift.

The suspect, 31-year-old Bert Xayboury of Milwaukee was arrested for operating a vehicle without owner’s consent, which is a Class H felony. If convicted, he could face up to six years in prison.

"Unlike the conventional approach by law enforcement officials after a situation like this, I refuse to tell car owners not to warm up their unattended car in these cold temperatures, or to stay inside a freezing car waiting for it to warm up.

That is a quality of life comfort that people living outside of Milwaukee get to enjoy. Why not here? I ask. That is my expectation for Milwaukee residents.

While leaving a car running unattended might not be the wise thing to do living in a crime-prone city like Milwaukee, I take an approach that doesn’t blame the victim. If we prosecute these goofs appropriately after we catch them, and apply swift and certain prison sentences, this stuff will cease in a short period of time.

When we try my approach to crime reduction, people living in Milwaukee can experience, as Chief Ed Flynn recently said after he promised four days of increased patrols after a violent crime spree, 'what it feels like to live in Brookfield.'

People living in Milwaukee should get to live that experience every day, but can’t, due to a catch-and-release, revolving door, apologist criminal justice system."