GREEN BAY -- Nobody was injured when a minivan got stuck between sections of a downtown Green Bay lift bridge early Thursday morning, June 22nd, WLUK is reporting. 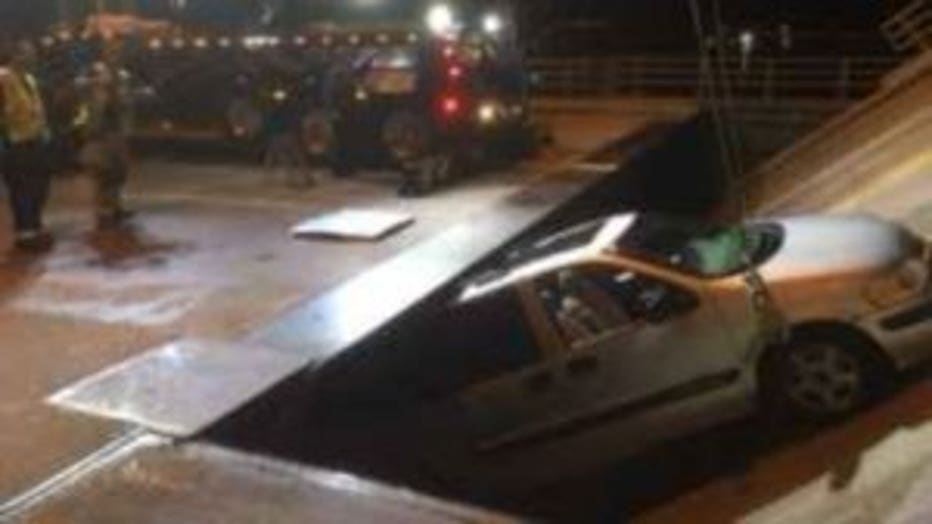 According to WLUK, officials say the van was wedged between the east bridge span and the roadway on the Walnut Street bridge. A tow truck was able to lift the van out of the bridge.

It's still unknown how the van got past the bridge gates.

The bridge was closed for a time Thursday morning, June 22nd but has since re-opened to traffic.