MILWAUKEE -- It’s 1400 hours on the nuclear warship, USS Abraham Lincoln. The ship’s sailors couldn’t ask for calmer waters; but all of that was about to change. 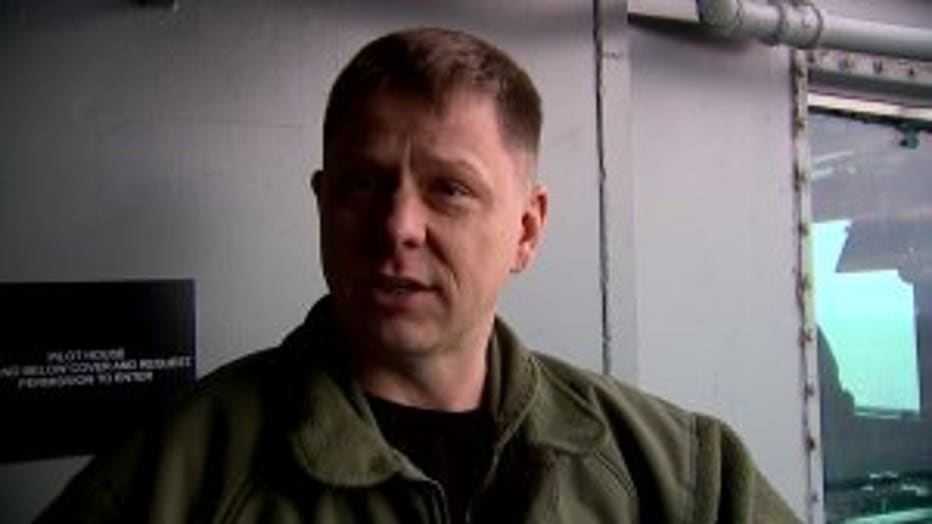 With a succession of whistles, one sailor runs to his position where he speaks into a radio: “man overboard man overboard.” 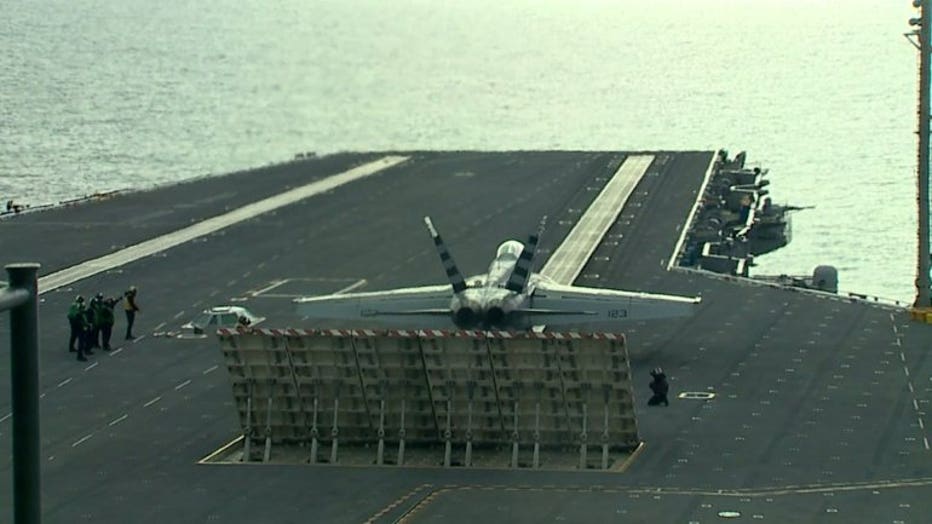 His commands run together as sailors around him scurry into their positions. One stared out the window, pointing toward Oscar, who was now marked by a flare.

Another flipped through a book and another gripped his hand on the wheel. This may be a drill, but the sailors didn’t know. 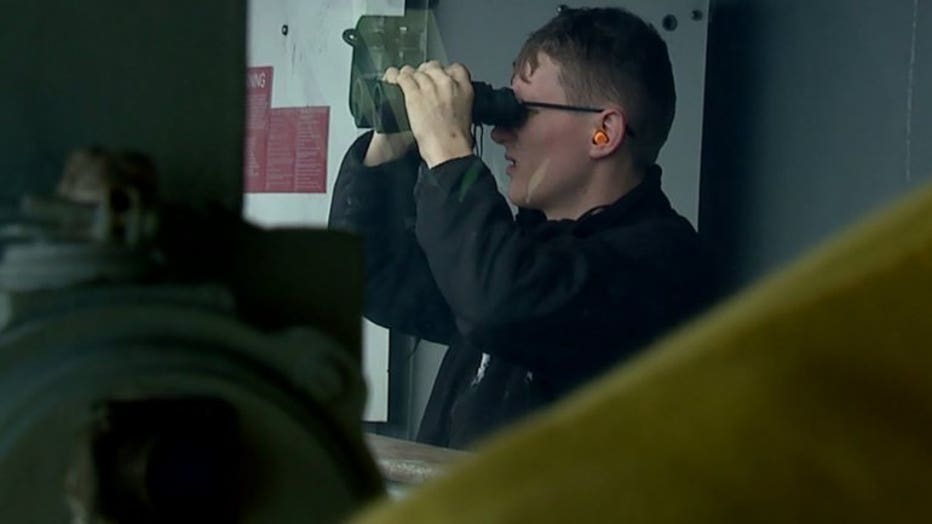 The captain stood in the corner of the ship, coaching a young sailor. 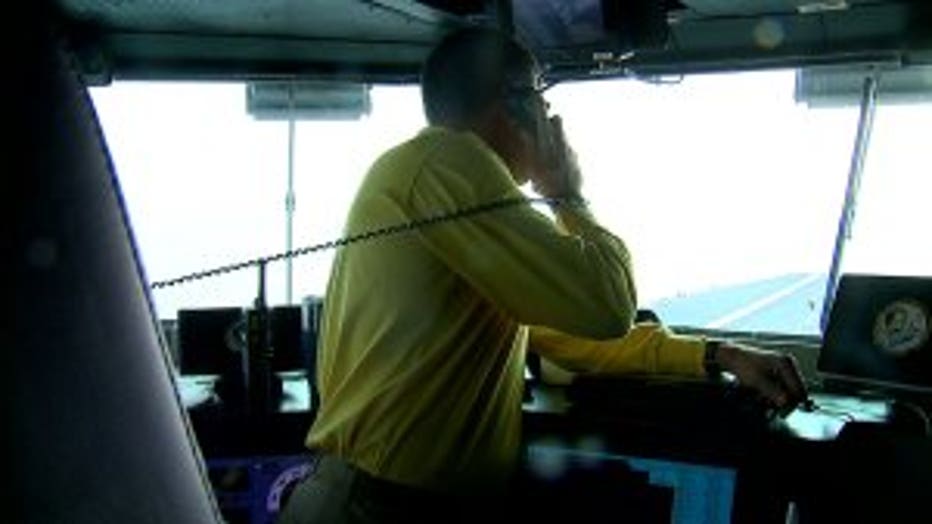 “What’s the turn radius of our ship?” he asked.

The sailor didn’t respond and the captain tapped his arm.

“Turn radius of the ship,” he said.

The sailor muttered something.

“Less than a mile right?”

At another corner of the ship, a navigator stepped outside watching as a rescue boat prepared to launch.

“Right here we’re in about 47 degree water,” Ryan Logan said. “ somebody falls into the water without any kind of protection other than the clothes they’re wearing, their life expectancy in water this cold is very short. We need to pick them up as quickly as possible in case they’re injured or to prevent hypothermia or any kind of drowning situation.” 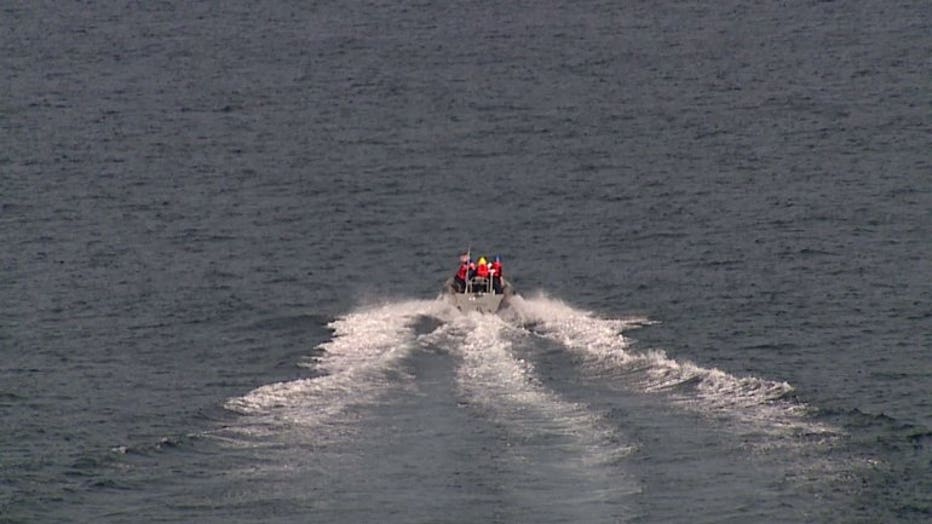 The rescue boat, equip with several sailors, launched out toward the flare, which was moving further away.

On the ship’s deck, the helicopter prepared to launch. 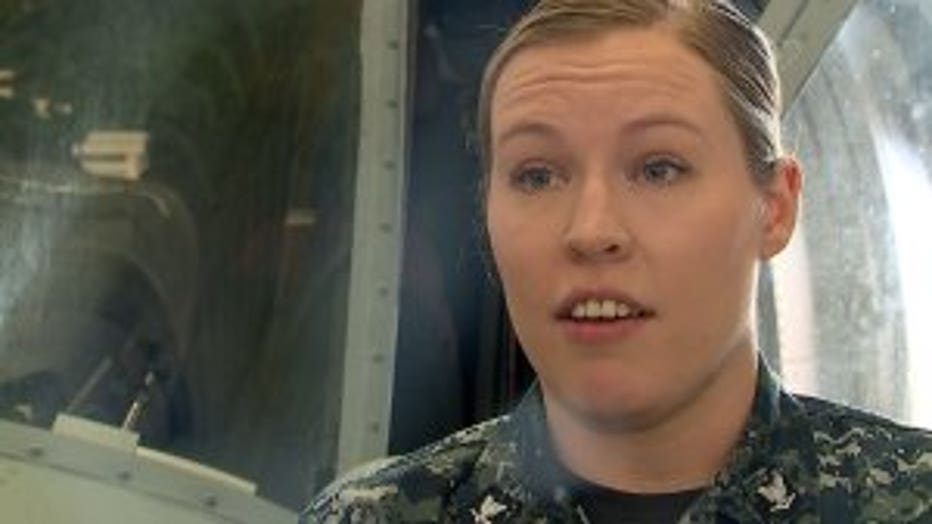 Sailors like Hartland-native Kasey Bellman make sure helicopters are safe and ready to go, whether it’s a drill, or the real thing.

“There’s a huge sense of pride in that,” said Bellman. “Being like, we did that, we fixed that – it’s out there flying and we know it’s safe.”

The helicopter roared overhead as Logan watched to make sure the 3,000 sailors on board gather on the starboard side. 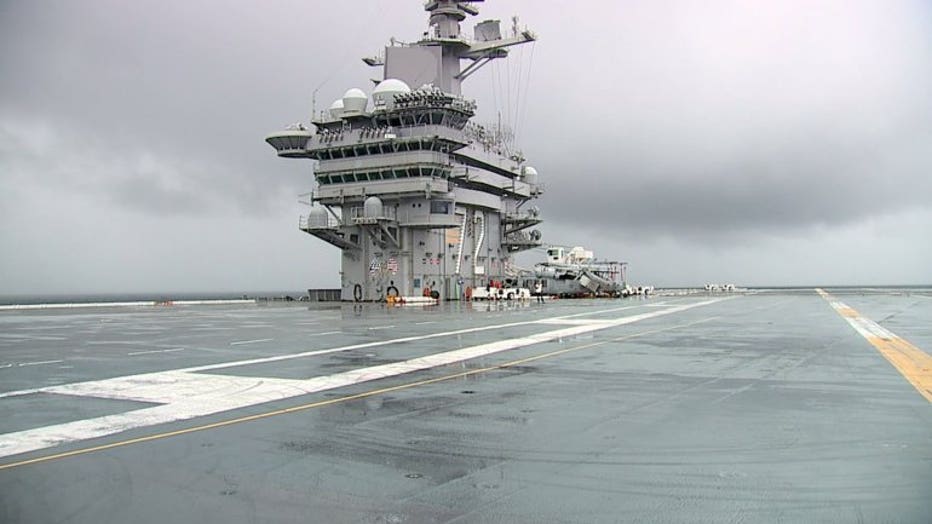 When finally sailors are let in, that this was a drill. 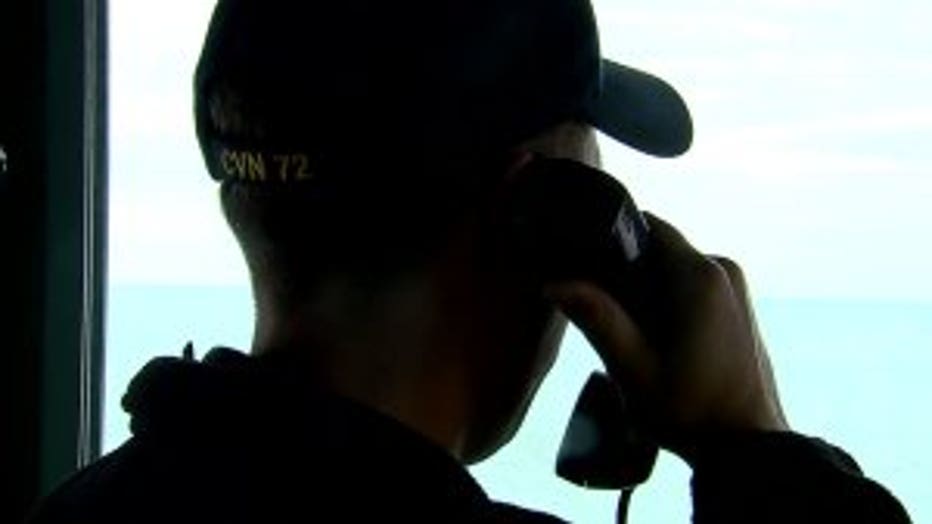 “I didn’t know it was training at first,” said one sailor. “I was a little bit scared.”

The captain moves around the bridge talking with sailors, as Logan is already thinking of points to improve upon.