RACINE -- Law enforcement agencies across the country gathered Monday, May 13 to remember those who lost their life in the line of duty -- during National Police Week, May 12-May 18. As people did that in Racine County, one among them was recognized by top brass.

Gathered underneath a pavilion in Racine, police officers, sheriff's deputies, and other emergency responders gathered in full uniform. 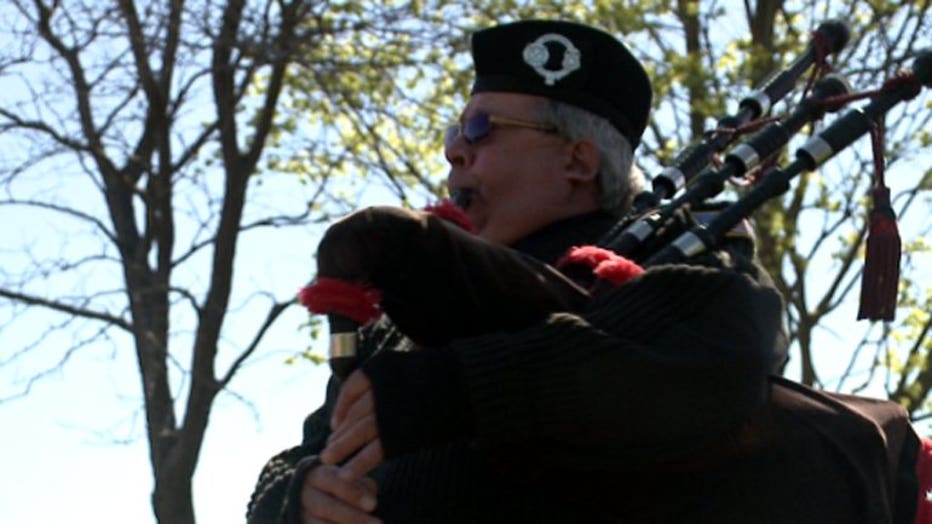 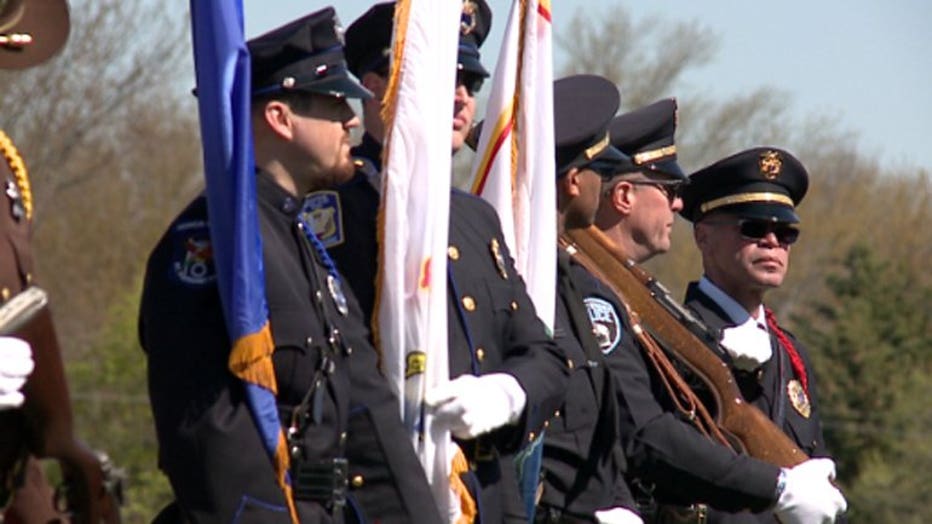 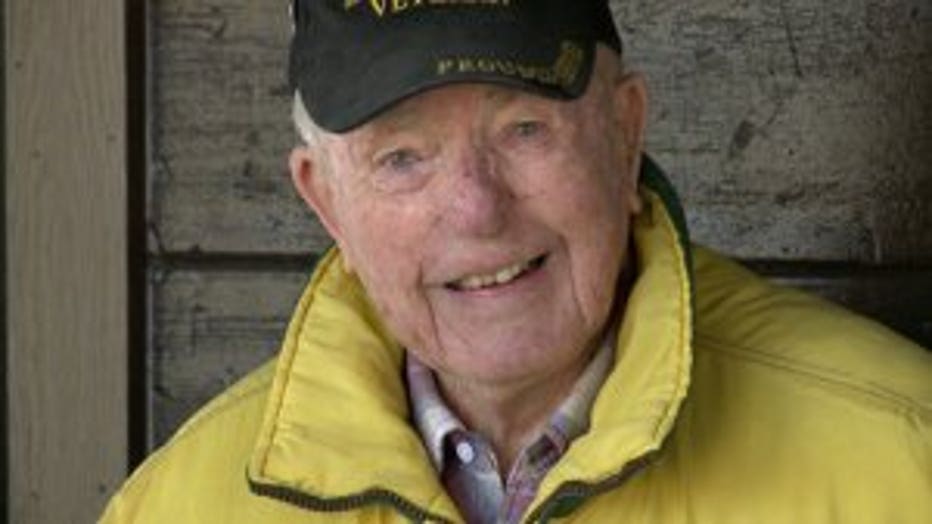 "Before I share some brief comments, I just want to acknowledge a special member of the audience here. We have Mr. John Anderson, who lost his father in the line of duty. I believe you were 6 years old when that event took place," said Chief Howell.

He wore a bright yellow Green Bay Packers coat, surrounded by officers in blue, but it was clear he was a member of the law enforcement family.

At roughly 90 years old, Anderson came to Monday's remembrance ceremony to honor his father, who lost his life in 1935 -- John H. Anderson.

"Well, I show up for this every year," said Anderson. 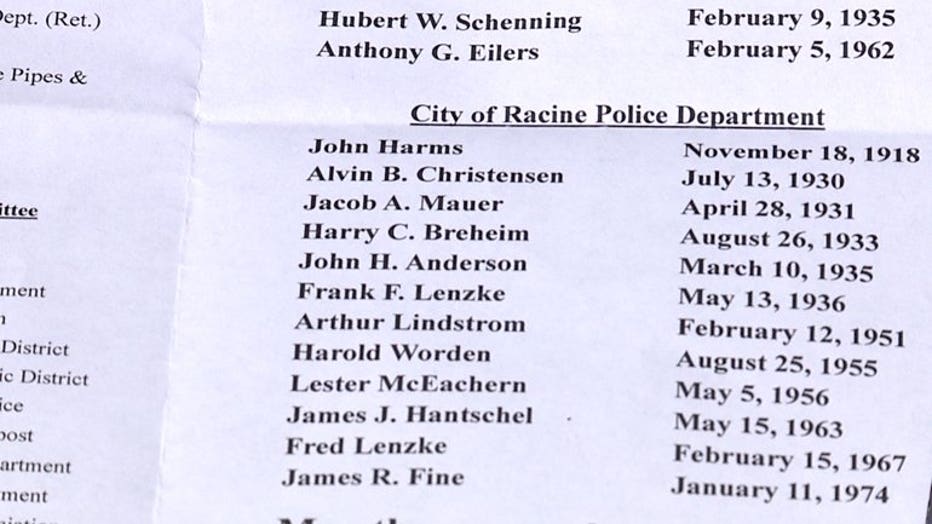 He came to honor his late father, and the other law enforcement officers who have given the ultimate sacrifice. 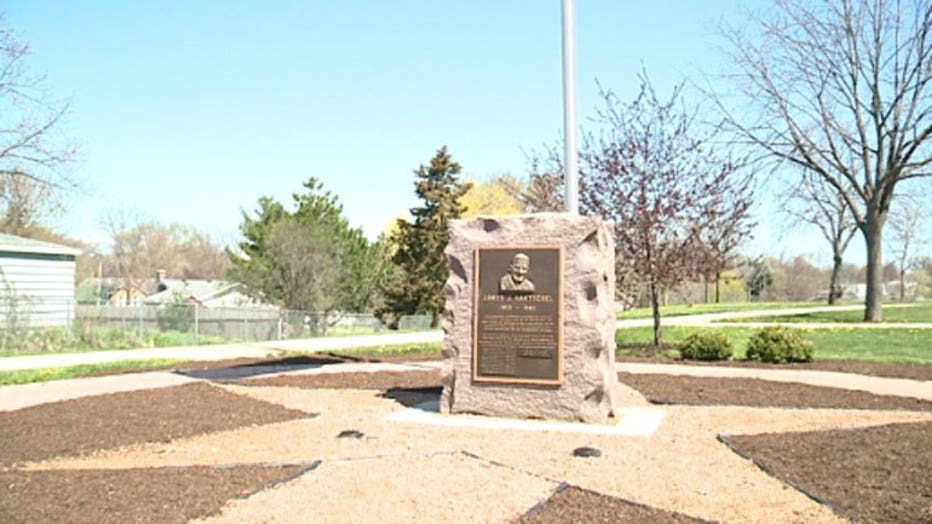 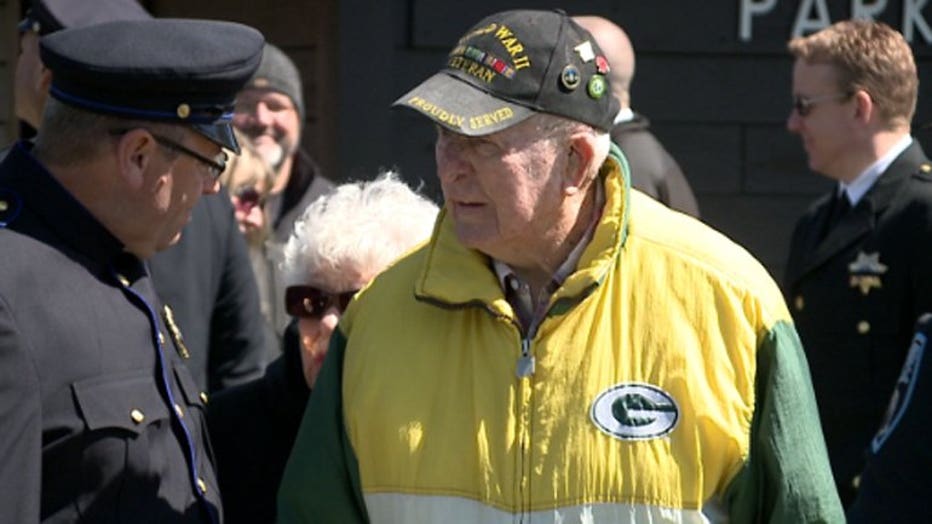 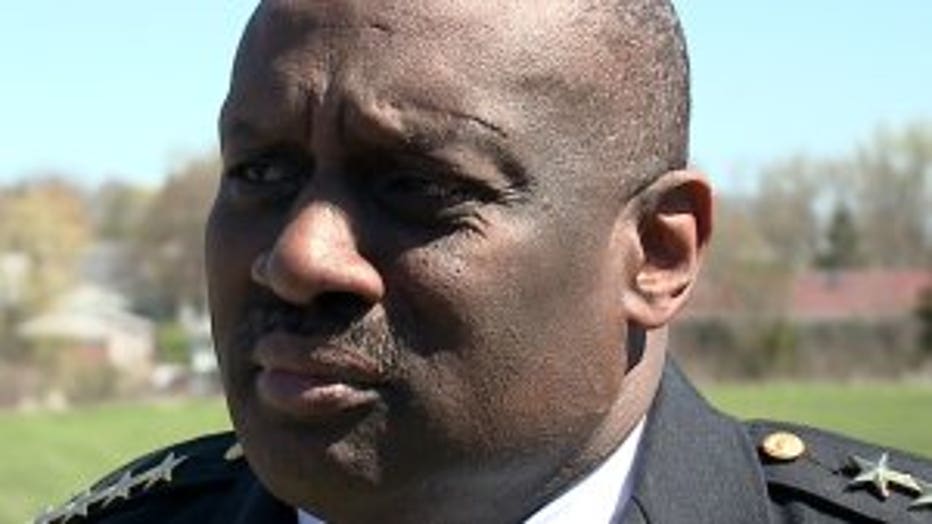 "I knew quite a few of them when I was a young kid that passed away then, too," said Anderson.

Police said Monday's ceremony was for people like Anderson and others who have lost someone close to them -- killed in the line of duty.

"Today is a day where we just come together to honor our fallen, and respect those of us who still serve," said Chief Howell.

As the ceremony ended, people stopped by Anderson to shake his hand and thank him for his service.

"I hope the good Lord keeps looking after them all," said Anderson of the law enforcement officials working to keep us safe every day.