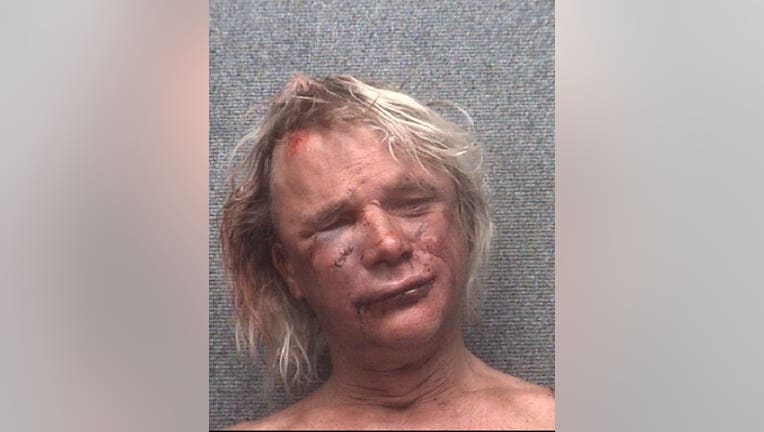 MYRTLE BEACH, S.C. — Police arrested a 52-year-old man on his birthday after finding him naked and bleeding in a South Carolina bar early Wednesday, police said.

Police found Mark Anthony Brooks inside the St. George Bar in Myrtle Beach around 4:30 a.m. Wednesday, September 7th -- naked except for a shredded pair of boxers he held around his buttocks, according to WBTW.

Brooks had swelling "almost the size of a golf ball" under his right eye, according to police, and his face was "covered in blood and he had multiple lacerations on his knees, elbows and feet."

When officers tried to speak with him, Brooks began rambling about bars in Miami and kept repeating "bad boys, bad boys, whatcha gonna do" to himself, according to WPDE.

Brooks eventually told officers that three men attacked him near several trash cans outside the bar, beating him before stealing his clothes and $700.

When paramedics arrived to treat him, Brooks became belligerent and police arrested him for public intoxication, according to the police report.

He was booked at the Myrtle Beach Jail after being treated for his injuries.