MILWAUKEE -- It was day three of 'lion watch' in Milwaukee on Wednesday, July 22nd. The 'Milwaukee Lion' is on Twitter, and the possible lion in Milwaukee has made national news. For three days, the Milwaukee Police Department has received calls from concerned citizens who report that they've seen a lion in the city. Chief Ed Flynn says they're "treating this seriously." An MPD spokesman tells FOX6 News each time a call is received, officers are sent out to investigate. So far, nothing has been found. But FOX6 News has learned a shot was fired on Tuesday night by a man firing at what he thought was a lion. Instead, it was a dog that was shot and injured.

The dog is being cared for at the Milwaukee Area Domestic Animal Control Commission (MADACC). 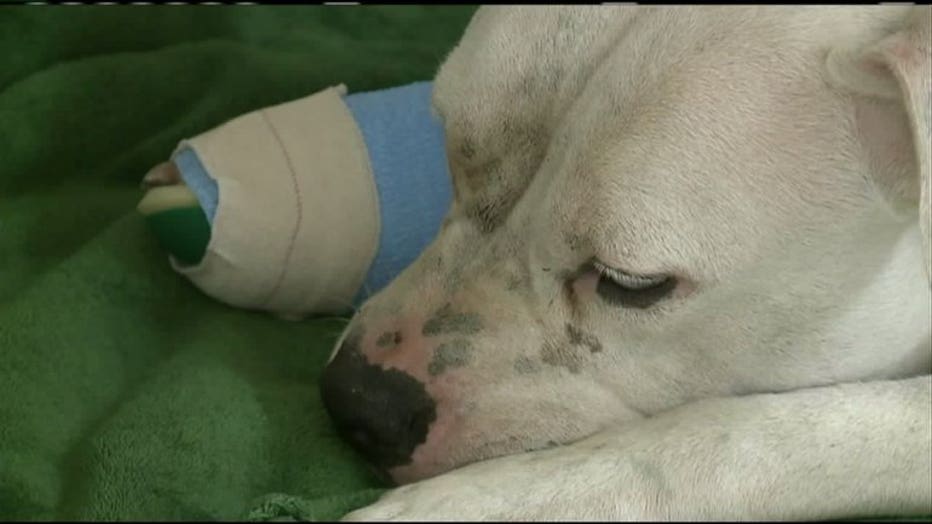 Milwaukee police say it was around 6:30 p.m. on Tuesday when they responded to a loose animal complaint in the 2000 block of Burleigh. The caller reported he saw what appeared to be a lion or cougar walking past his home.

While responding to the call -- officers received additional information from an anonymous caller who saw a suspect fire one shot at a stray pit bull at 21st and Chambers.

Responding officers found the dog suffering from a gunshot wound to his right leg at 24th and Burleigh.

The dog was then taken to MADACC for treatment.

The suspect who shot the dog has not been identified.

Reports of a possible lion, roaming the streets of Milwaukee are concerning some people -- while others are posting 'Photoshopped' photos of the elusive big cat -- finding humor in the situation. 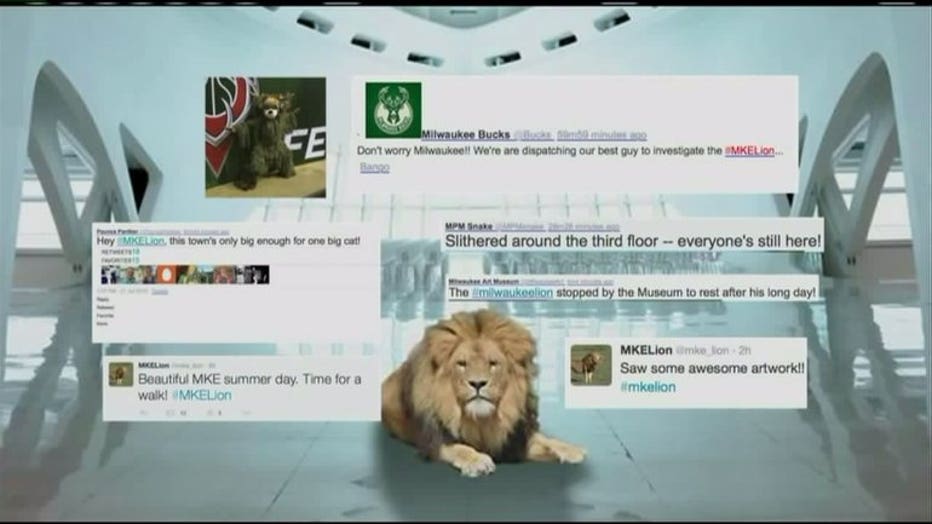 FOX6 News has learned around 6:30 p.m. Tuesday, a man reportedly fired a gun near 21st and Chambers -- telling police he thought he saw the lion.

"Obviously the person who shot this thought they shot a lion. People tend to be amped up or afraid," MADACC Executive Director Karen Sparapani said.

The bullet hit a large pit bull. It fractured a bone in the dog's leg. 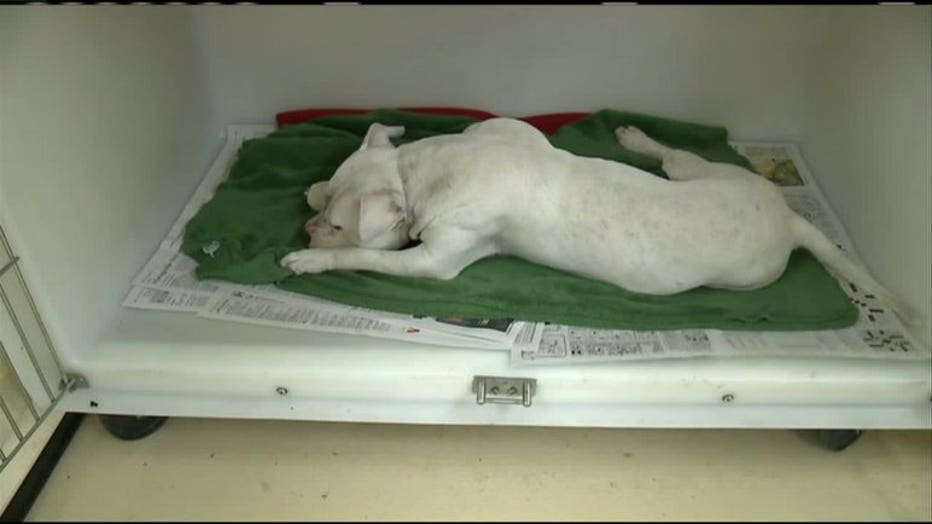 "Certainly we don't want any resident discharging a firearm in the city limits ever -- certainly shooting something moving, because often you're following it and you hit something you did not intend to hit," Sparapani said.

On Tuesday, someone shot the possible lion in a much safer way -- with a camera.

The woman who shot the video planned to grill out on Tuesday evening -- but with a baseball bat nearby -- just in case.

Kelly Brooks says a strange footprint appeared in his yard on Monday. Even stranger -- the call he got from his neighbor.

"I got the call from the neighbor saying 'hey Kelly, don't go in your backyard. It's a big animal back there and it looks like a lion," Brooks said.

Brooks admits that at first, he didn't believe it. Then he saw the video his neighbor shot.

This all began on Monday night, when police took a report from an individual who saw what they believed to be a lion near E. Garfield Avenue and Palmer Street.

"I was up all night long. I want to make sure if we see it I'd let people know and warn them. It's a very serious matter," David Lowe said.

It's clear how serious these sightings of the possible lion can be when someone uses a gun -- creating more danger.

MADACC officials say there are animal control officer standing by with tranquilizer guns if the possible lion is, in fact, found.

Wisconsin Department of Natural Resources officials are also standing by.

Meanwhile, Milwaukee Alderwoman Milele Coggs has issued this statement on the possible lion sightings in Milwaukee:

"The sighting and recorded video footage of a large cat in the Brewers Hill neighborhood in the 6th District on Sunday has become national news and is now daily fodder on social media and in neighborhood conversations across the city.

The case is being handled by Milwaukee police and is still active – the sighting has not been cleared and the information provided by witnesses has not been determined to be unfounded.

I urge my constituents and residents of the area to be cautious and aware of your surroundings at all times. Children and pets should be monitored closely when outdoors.

The joking social media posts have been entertaining during these past few days, but again I urge caution until police are able to clear the case.

Please call 9-1-1 immediately if you see the animal."