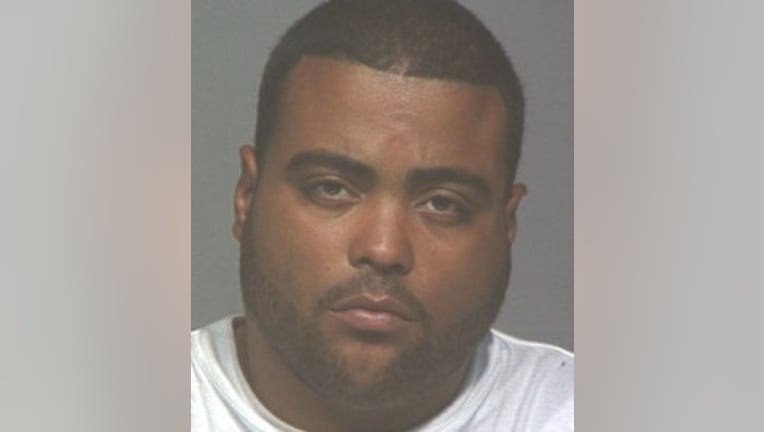 MILWAUKEE -- A Milwaukee man is facing a federal charge after prosecutors say he pointed a laser pointer at FBI and Wisconsin National Guard helicopters on multiple occasions as the aicraft flew over Milwaukee to monitor protests in the wake of the officer-involved death of George Floyd in Minneapolis.

Jeremiah Belen faces one count of aiming a laser pointer at an aircraft filed by the United States District Court for the Eastern District of Wisconsin for alleged actions that occurred between May 31 and June 7 in Milwaukee.

According to an affidavit, the first incident occurred on May 31 as FBI agents flew over Milwaukee and observed a green laser targeting their aircraft from the ground in the area bordered by North Avenue, Burleigh Street, N. 10th Street and N. 14th Street in Milwaukee.

It happened again late on June 3/early on June 4 from the area near 1st Street and Chambers Street in Milwaukee, and the affidavit said the agents were able to capture the origin of the laser -- a home at 3001 N. 1st Street.

It happened again on the evening of June 4, the affidavit said, from the area near 76th Street and Center Street, where protests were taking place.

The agents reported the laser would hit the wing of their aircraft, or worse, the windshield -- illuminating the cockpit. They said this activity has the potential to blind them, or cause a loss of night vision. They said this interferes with their ability to see their instrumentation in their aircraft.

On June 5, the agents began wearing special goggles to combat the effect of the laser.

Meanwhile, a Wisconsin National Guard pilot reported he, too had been targeted multiple times by a green laser during Blackhawk helicopter flights from June 1 through June 4.

According to the affidavit, an investigation revealed two vehicles parked near the 1st Street address where the laser had originated from -- and both were registered to Jeremiah Belen.

Prosecutors said the laser was pointed from that address again on June 7, and officers responding to the home found a man and woman on the porch -- pointing something handheld at the sky.