RACINE -- Margarito Vargas-Rosas, 34, convicted of threatening passengers on board a Greyhound bus in January, has been federally indicted by a grand jury.

The indictment alleges that Margarito Vargas-Rosas, an illegal alien "was found in the U.S. after having been removed to Mexico on or about Oct. 3, 2012, on or about April 3, 2012 and on or about May 18, 2010 -- and not having obtained the express consent of the secretary of the Department of Homeland Security to reapply for admission to the United States."

The "re-entry of an illegal alien" charge is punishable by two years in prison and a $250,000 fine.

Vargas-Rosas on March 5 pleaded guilty to one count of disorderly conduct at the state level. A charge of making terrorist threats was dropped and read into the court record. 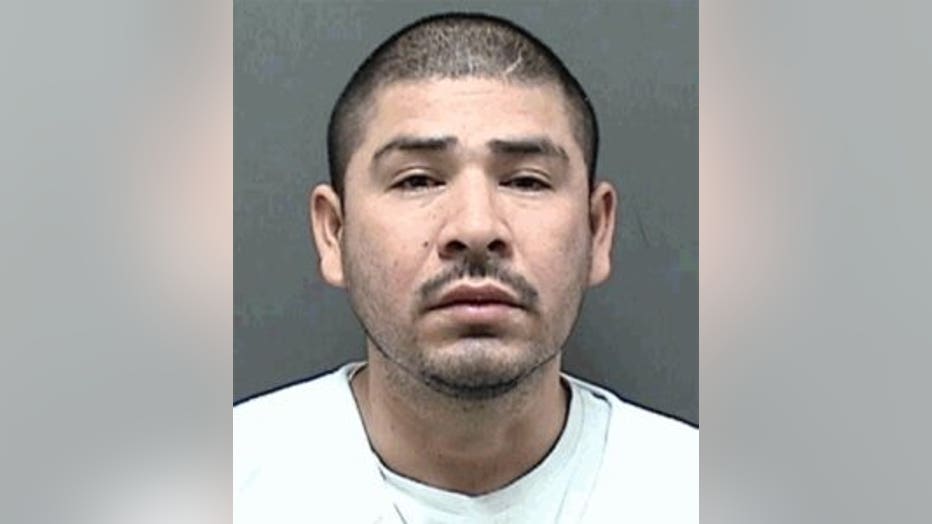 The court then sentenced Vargas-Rosas to serve 52 days in the Racine County Jail -- with credit for time served.

According to a criminal complaint, this all began at the Milwaukee Intermodal Station, where, prosecutors say, while waiting for the bus, there was an incident with Allied Barton Security. Vargas-Rosas was found to be intoxicated and he was advised to stop drinking. The complaint says he “later made a threat to kill the security officer and his family,” but apologized when he realized who he was talking to.

Eventually, a 911 call came in from aboard the Greyhound bus, but Milwaukee County squads weren’t able to locate it. Squads from Racine County were dispatched to  I-94 around 9:50 p.m. and the bus was located by deputies. Emergency lights and sirens were activated at Mile Marker 334.3 at 10 p.m. in an attempt to stop the bus. Other squads held back traffic and allowed for a squad to use a spotlight in an attempt to get the driver’s attention — but the bus continued driving. A sergeant indicated the bus driver looked at her squad and then looked to the right. 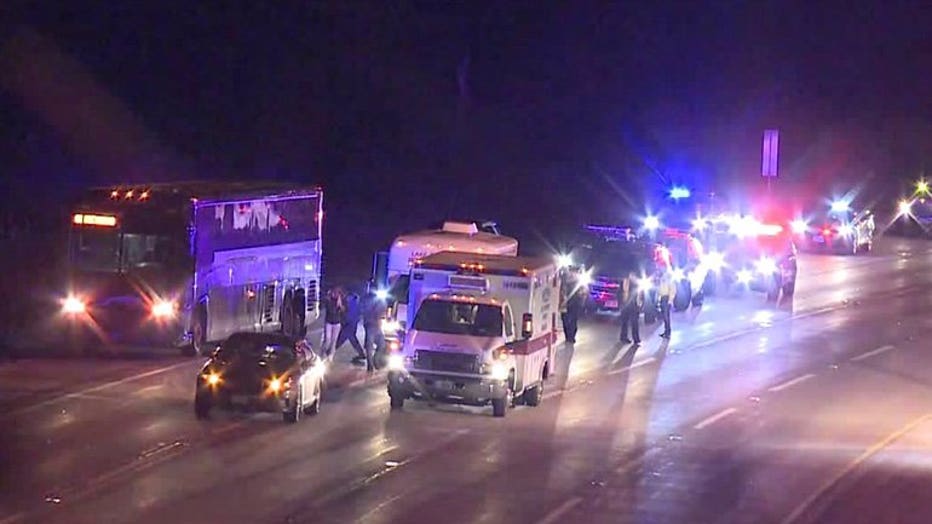 The Greyhound continued with “a growing number of squads behind it.” A decision was made to use a tire-deflation device on the bus in Kenosha County. It struck multiple devices between State Highway 50 and the Illinois/Wisconsin state line, finally coming to a stop 2.25 miles into Illinois on I-94.

Racine County Sheriff Christopher Schmaling said the bus driver didn’t know what was going on in the back of his bus, and thought deputies trailing him were trying to pull over someone else.

Investigators spoke with a passenger who said after returning to the bus at the Milwaukee Intermodal Station, she observed Vargas-Rosas arguing with another passenger. She said she told them to stop arguing and the passenger did. She said when she asked Vargas-Rosas to calm down, he said “do you want to die?” and “I will kill all you (expletive) on this bus.” He added “my boys gon be at the bus stop in Chicago.” Investigators reviewed a 911 call made by the passenger in which she told the dispatcher “I’ll kill everyone on this bus.” 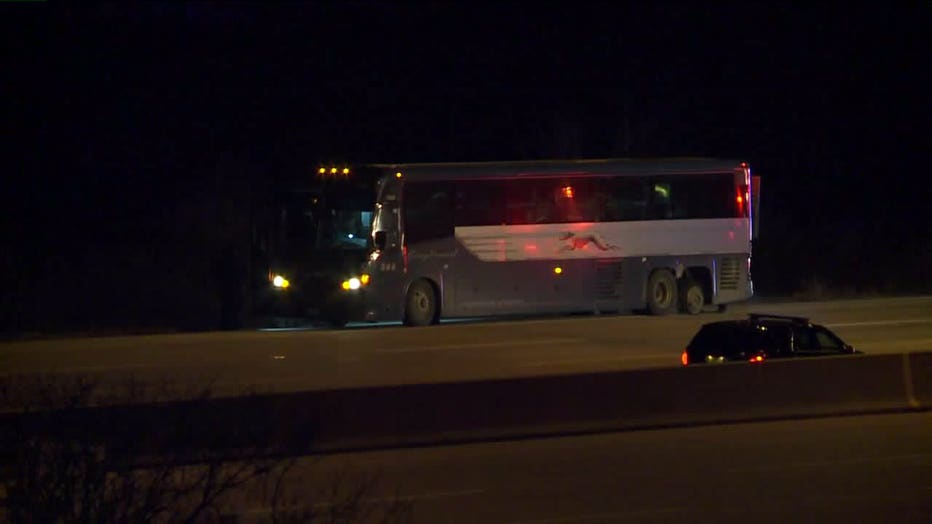 This witness said the passenger with whom Vargas-Rosas was arguing told her he had a gun and she needed to call the police. She said after she called police Vargas-Rosas continued making threats against the passengers, and when the bus finally stopped, Vargas-Rosas “became more upset and started pacing the aisle still threatening passengers on the bus.”

A deputy who spoke Spanish spoke with Vargas-Rosas, and indicated “Margarito said when he gets out he was gonna shoot people, police officers and military soldiers in Mexico.” 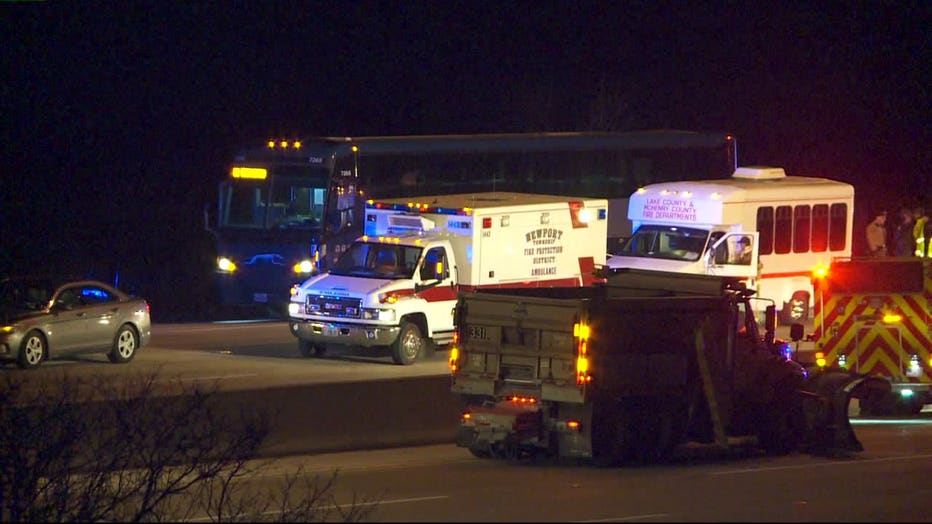 Investigators also spoke with the Greyhound passenger with whom Vargas-Rosas was allegedly arguing. He said it started when they boarded the bus in Milwaukee. He said Vargas-Rosas was “threatening and harassing him” and told him “a bullet was waiting for him.” Vargas-Rosas also used racial slurs, according to this passenger. He said about 10 minutes into the ride, he saw Vargas-Rosas pull something out of his waistband and place it on the seat. The passenger said he was scared and crouched in his seat to call 911. While on the phone with police, he reported Vargas-Rosas walked to the bathroom and said “you dead, (expletive), you dead (expletive).”

A weapon wasn’t located during a search of the bus, the complaint says.

Below is some background information on Vargas-Rosas from ICE (Immigration and Customs Enforcement) officials:

On Jan. 13, 2018, deportation officers ICE placed an immigration detainer with the Lake County, Illinois Jail on Margarito Vargas-Rosas, a citizen of Mexico, following his arrest on criminal charges in connection with the Greyhound incident.