INDIANAPOLIS (WXIN) – A man who allegedly shot two judges during an altercation at an Indiana White Castle restaurant on May 1, 2019, is claiming he acted in self defense.

Brandon Kaiser faces multiple felony charges in the 3 a.m. brawl outside the downtown Indianapolis fast food restaurant, during which Southern Indiana Judges Brad Jacobs and Andrew Adams were shot. Court documents say Kaiser and another man were in a white SUV when one of them yelled something at Jacobs, Adams and Judge Sabrina Bell. Bell allegedly raised her middle finger at the vehicle, and the occupants got out to confront them. The two Clark County judges, who were in Indianapolis for a conference, have since recovered from their injuries.

Kaiser's attorneys claim their client was justified in using reasonable force against another person to protect himself, court documents show. 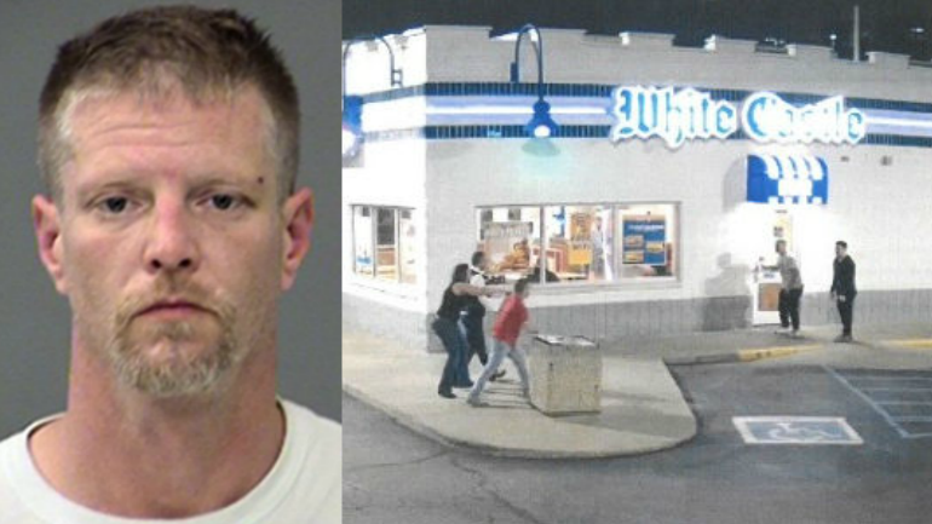 Attorney Mario Massillamany (Massillamany Jeter & Carson LLP) said Kaiser had a legal right to be at the restaurant, and "did not provoke, instigate or participate willingly in the violence of his assault, and did not make physical contact with his attackers until it was necessary in order to protect himself."

Court documents show that Kaiser's attorneys are also claiming the defendant "used reasonable force to protect himself because he was attacked by two men with military training."

Still images from security cameras have been submitted as evidence, and Kaiser's attorneys described what they claim took place during the altercation in the court documents: 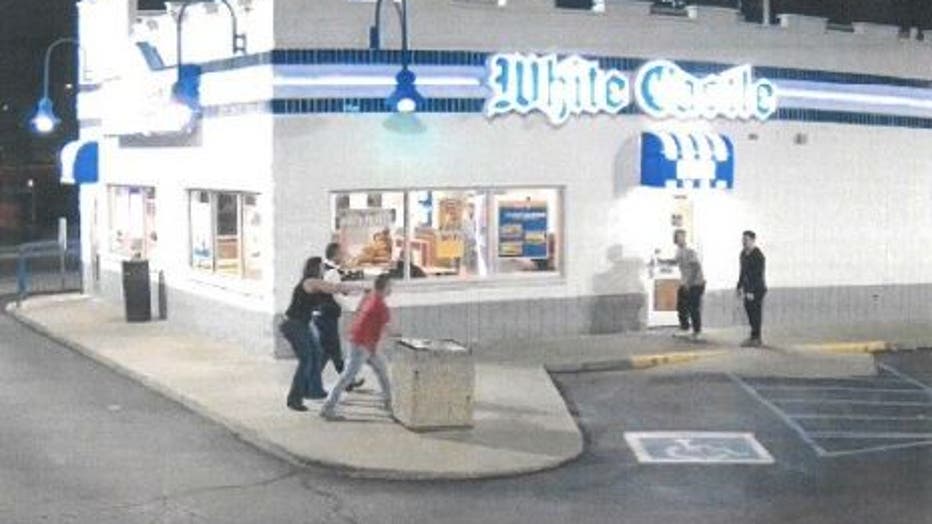 Still image from surveillance video showing altercation May 1, 2019 (Exhibit A)

Exhibit A: Massillamany claims Kaiser was attempting to enter White Castle by pulling on the locked door when Judge Adams and Judge Jacobs approached him in a hostile manner. 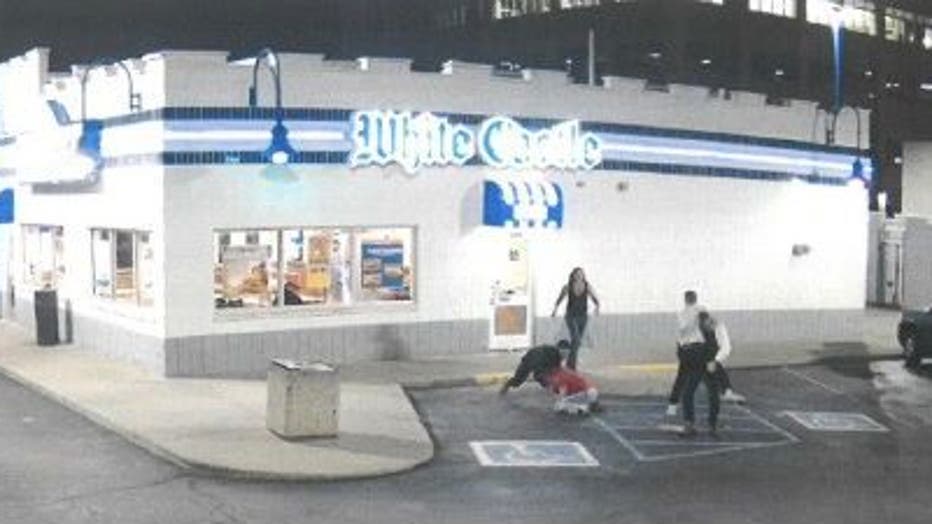 Still image from surveillance video showing altercation May 1, 2019 (Exhibit B) 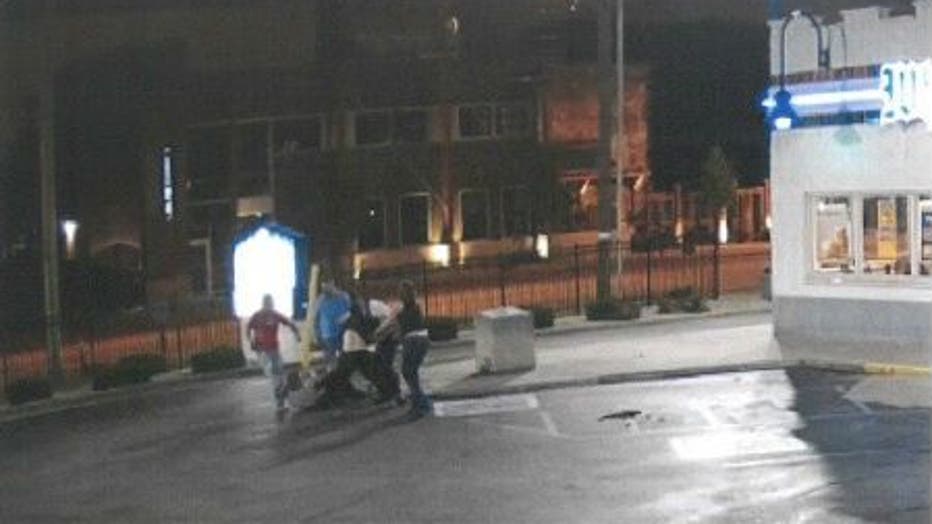 Exhibit C: Court documents show the defense said Kaiser was kicked in the head by Judge Adams while being held down by Judge Jacobs. 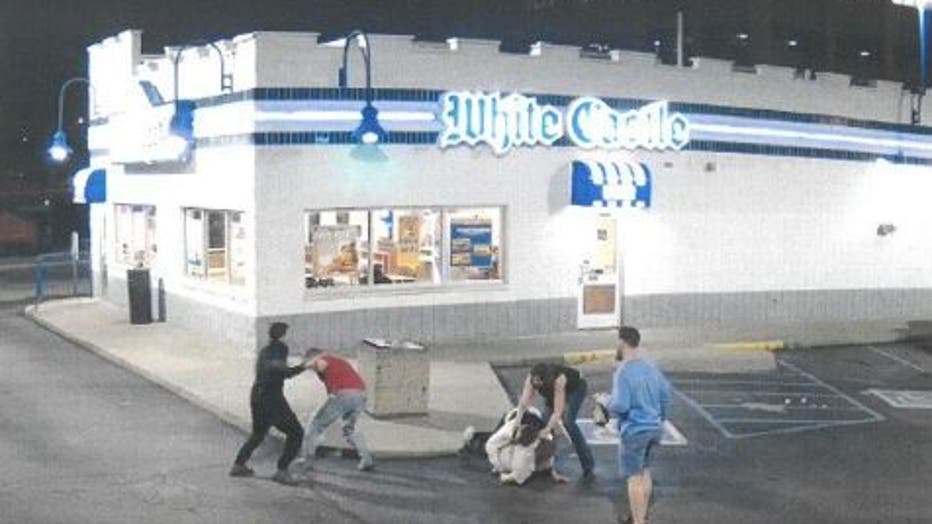 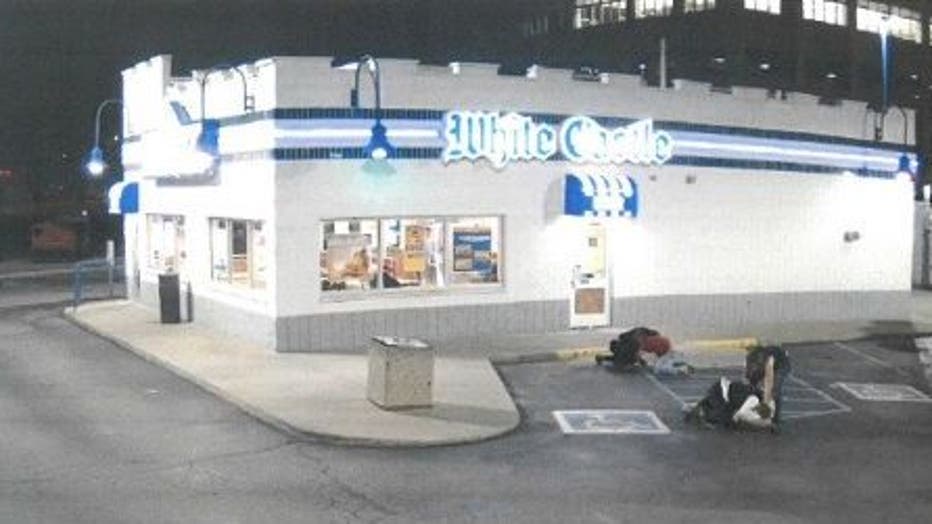 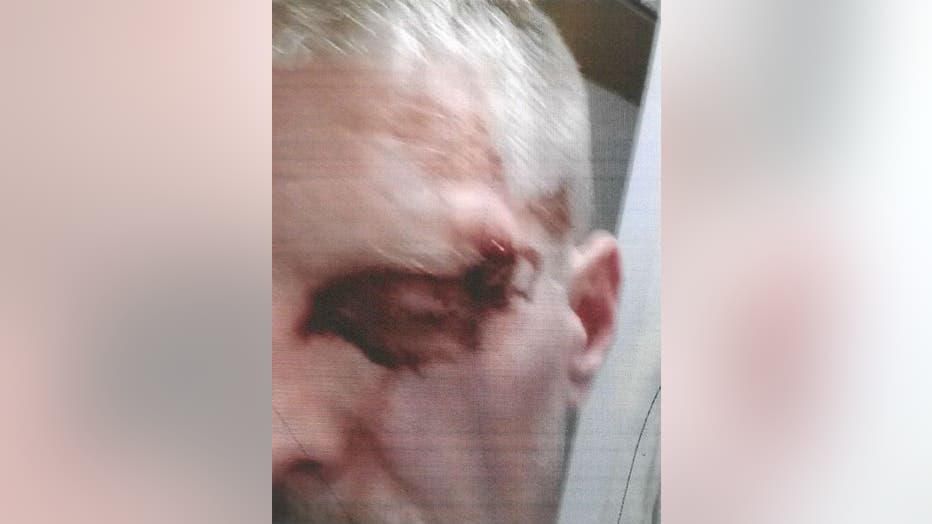 Still image of Brandon Kaiser after altercation May 1, 2019 (Exhibit F) 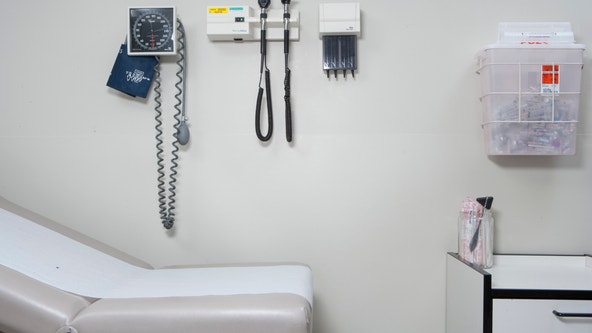